Bakersfield family loses a family home in Malibu, thieves make off with two road bikes stolen in broad daylight, and words of wisdom (and warning) from Tim Calahan

* ... MALIBU FIRE: Among the victims of the Malibu fires is a Bakersfield family with deep connections to a neighborhood there that has been devastated by the flames. Jolie Brouttier, a local

elementary school teacher, said her late grandparents owned a home in Malibu and that her mother and father were there when the fires broke out. They evacuated and had no idea if the house had been spared until they watched a Los Angeles news station and - you guessed it - saw the house aflame. "Any memories I have of my grandparents were in this house.," she said. "From watching my grandpa paint in the garage, eating dark chocolates on the lap of my grandma, to both of them waving from the top of the hill as we headed home. Now it’s gone. All a blaze in a matter of seconds. We can rebuild but the heart will take time. My family is devastated." Jolie and her mother, Lois Brouttier, will be on The Richard Beene Show on KERN NewsTalks 96.1 FM tomorrow (Monday) at 2:30 p.m. Tune it to hear their story. (The first photo shows the roof of their family house intact. It later burned to the ground.) 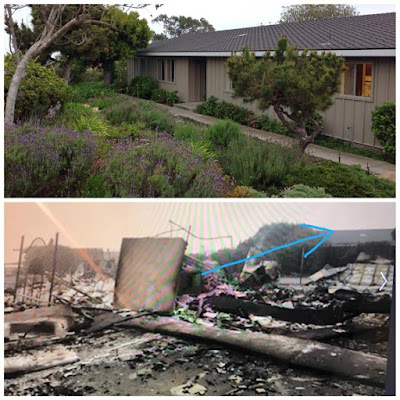 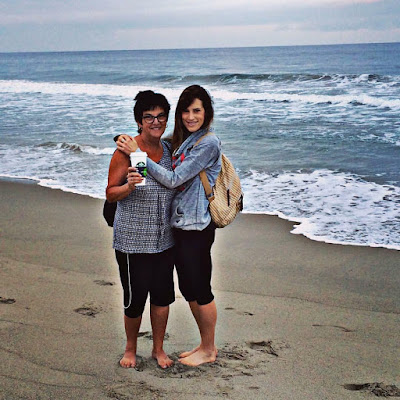 * ... SPOTTED ON TWITTER: "Shout out to weathermen telling us the barometric pressure like we know what the hell to do with that information."

* ... TIM CALAHAN: ABC23 anchor Tim Calahan has covered three mass shootings in the past five years at the station. Appearing on my radio show last week, he wondered about the world we will be leaving our children. "Remember when we used to say that everyone knows somebody who has been touched by cancer? The thought came to me that we are heading to a time where everyone will know someone who has been touched by a mass shooting."

* ... BIKE THEFT: The recent spike in crime locally has touched two friends, whose only mistake was taking a bike ride. Tom and Christy Morgan, avid cyclists, were out riding Saturday when they decided to stop at the Finish Line bike shop right across Stockdale Highway from Cal State Bakersfield. They parked their bikes at the entrance to the shop and left them unattended for just minutes. Two men, seen here in security footage, tossed the bikes in the back of an older Toyota pickup and took off. If you know these guys, contact Bakersfield police. 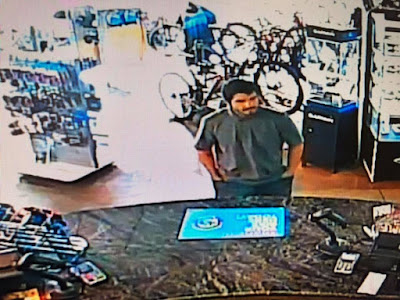 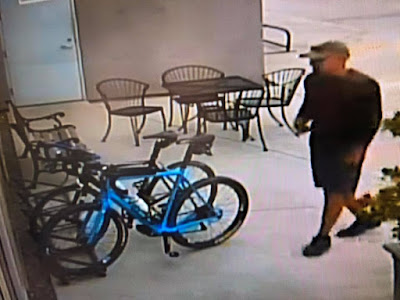 UPDATE: The bike thieves have been caught. This from Tom Morgan: " Great news everyone. Thanks to a tip from someone who saw the shared post, we were able to locate the suspect vehicle. Shortly thereafter, BPD arrived and was able to recover both bikes. Both suspect’s were taken into custody and our bike are home safe and sound (minor scratches and missing Garmin’s). BPD Officer Holmes (who took the earlier report) heard the call and did an excellent job recovering the bikes and catching both suspects. BPD Rocks! A great big Thank You to everyone for your support and kind words and especially for sharing the post


* .... MEMORIES: I spotted this picture of what is now Lake Isabella on the Kern County of Old Facebook page. The caption read: "1927 photo of what is now Lake Isabella. You can see Cooks Peak in the upper center back. Then to the left side just out of the photo would be Kissack Cove. You can see Paradise Cove about 2 inches from the left side. To the right side of the photo would be where the Southfork Boat Ramp is now. 26 years after this photo was taken. (1953) we then had Lake Isabella." 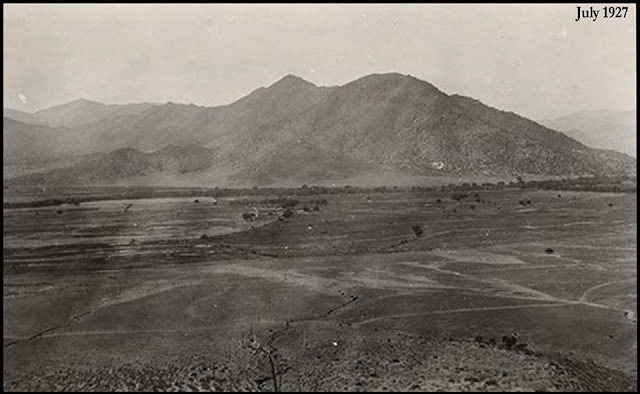 Posted by Richard Beene at 2:32 PM