Bluegrass comes to town, the scourge of homelessness presents health problems, BHS rated one of the top football high schools in America and a vegan eatery proves to be a big hit

* ... FOODIE SHORTS: The Hens Roost, a relatively new vegan restaurant downtown near the

Post Office, is enjoying a business boom that seems to know no end. I dropped by the Roost on Saturday, eager to sit down to the Impossible burger after a long workout, and the place was wall to wall with customers. The whole plant based diet is not for everyone, but it is good to see there is enough of a base in town to support this kind of healthier eating. Meanwhile, we have also learned that Raising Cane's Chicken Fingers will open on February 12 over off Downing Avenue.

* ... SPOTTED ON TWITTER: "Do what you love” is shitty career advice because mostly what I love is spending time alone and eating breakfast food."

* ... THE GREAT 48: If you happened to stop by the Marriott downtown this weekend, chances are you happened into some bluegrass. For the third consecutive year, the California Bluegrass Association brought its annual convention, called The Great 48 to signify 48 hours of picking and grinning, to the Marriott. (The event has been in Bakersfield for at least a decade but at other venues) Why Bakersfield? Organizers said we are ideally situated to attract bluegrass enthusiasts from both Northern and Southern California. The lobby was full of musicians jamming, and the ninth floor of the hotel was a virtual sea of fiddles, banjos, guitars, stand up basses and dobros. 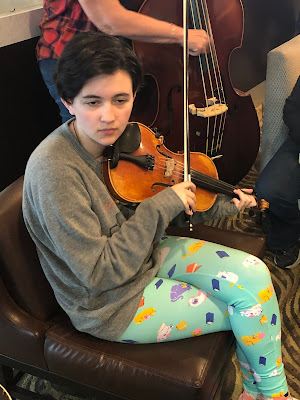 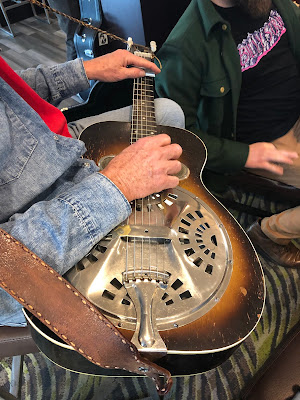 * ... BHS DRILLERS: The website StadiumTalk released its list of the top 20 high schools in America that produce the most professional football players. And yes, Bakersfield High made the list, ranking as the 14th best high school in the country. Said StadiumTalk:  "California is well represented on this list with 13 schools, but Bakersfield High is the only one of those that is not in Greater Los Angeles. That has not hurt the school’s success on the field as it has more wins than any other high school football team in the state. The crown jewel of its football program was Frank Gifford, who later won an NFL MVP and was inducted into the Hall of Fame. Just as Gifford eventually made his way into cinema, so would his alma mater. The feud between Bakersfield High and rival Taft High served as the backdrop for the 1986 comedy 'The Best of Times' starring Robin Williams and Kurt Russell." 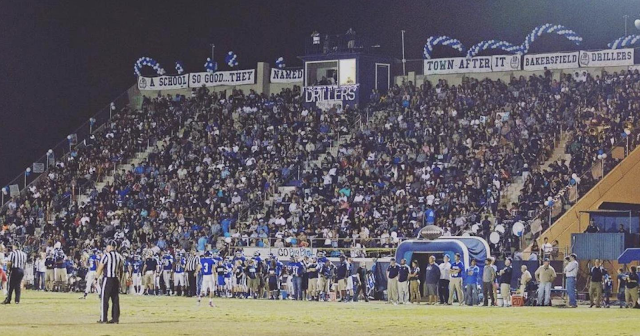 * ... CAFE MED: Cafe Med, one of our town's longest running successful restaurants, has opened a second located at Rio Bravo Country Club. It's a unique marriage: Rio Bravo is trying to rebrand itself and gets Meir Brown and his culinary expertise to help jump start the kitchen, and Brown gets a new outlet for his Mediterranean cuisine. The restaurant is open to the public. 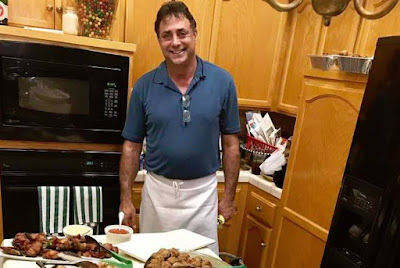 * ... HOMELESS: If you don't think our homeless problem is a public health issue, think again. Or just look at this picture of feces and urine found at the Assistance League offices on Q Street downtown. The problem is getting worse, friends. 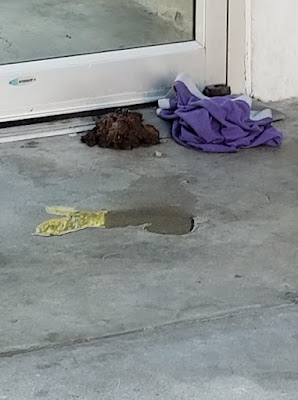 * ... MEMORIES: Who remembers the haunted house on Dracena Street? Photo courtesy of the Kern County of Old Facebook page. 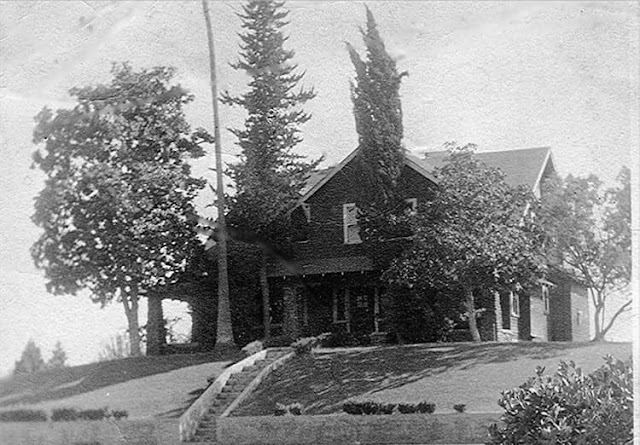