Friday's Bakersfield Observed: Kern Medical revokes a job offer to a young doctor who hates Jews, Rep. Kevin McCarthy raises $23 million for the GOP in the first quarter, and Ryan Alsop moves to beef up security at Panorama park on the bluffs

* ... KERN MEDICAL: Hats off to Kern Medical for doing the right thing when decided not to provide a job to a doctor who was fired previously for making anti-Semitic remarks. Dr. Lara Kollab

was fired from the prestigious Cleveland Clinic after it was revealed she used Twitter to denounce "Jewish dogs" and call for violence against Jewish people. In 2012, she tweeted she would give Jews "the wrong meds" and wrote that she hoped "Allah will kill all Jews." Kollab had been matched with Kern Medical to receive a job there but the hospital decided it would not be a good fit. Kern Medical released a statement saying it decided against Kollab because she submitted information that "false, misleading and incomplete." 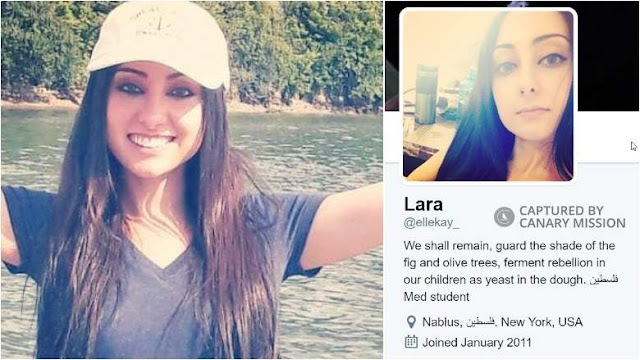 * ... KMAC: Want to know how important Rep. Kevin McCarthy is to the Republican Party? Listen to this: McCarthy raised $23.06 million during the first quarter of 2019, an amount that Politico called "the biggest ever" raised by any House member, including the speaker. McCarthy sent $5.56 million to the National Republican Congressional Committee and another $12.5 million to campaign efforts for members, candidates and supporting organizations. 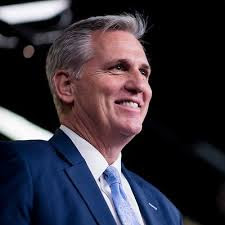 * ... HOMELESS: If you want some straight talk about the homeless problem, listen to Sheriff Donny Youngblood. Not too long ago his jail was busting at the seams, full of people who had been jailed for heroin possession or other drug charges. At the jail, they received treatment from experts who were there to help. Today? Thanks to our "progressive" state legislature, the possession of heroin is now a misdemeanor as are dozens of other crimes that used to send people to jail. Where are they now? Out on the street, Youngblood told me the other day. "I have 600 empty beds" at the jail, he said. I am not sure emptying the jail and tossing all these people on the street is progress, but then I remembered I live in California.

* ... PANORAMA PARK: Are you sick of the constant trashing of the park along the Panorama Bluffs? Well so is county chief administrative officer Ryan Alsop. This county-maintained park, which stretches from Manor to Bakersfield College, is heavily used but is also heavily trashed, littered with fast food cups and wrappers, empty beer cans and assorted junk. Alsop is working on a plan to beef up security with county park rangers patrolling the park 24-7 in hopes a heavier law enforcement presence will deter litterers and some of the people who use the park to peddle drugs.

* ... CHIMNEY DEATH: Do you remember Dr. Jacquelyn Kotarac, the Bakersfield doctor who died while trying to slide down the chimney at her boyfriend's house? That happened back in August of 2010 and now it is the subject of a true crime podcast called "My Favorite Murder." Kotarac was 49 at the time and suffocated inside the chimney. 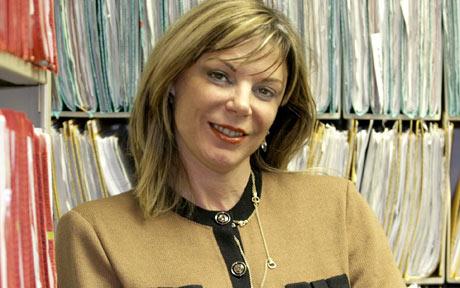 * ... GOODBYE CALIFORNIA: This scene was spotted on Highway 101 in the Los Angeles area. 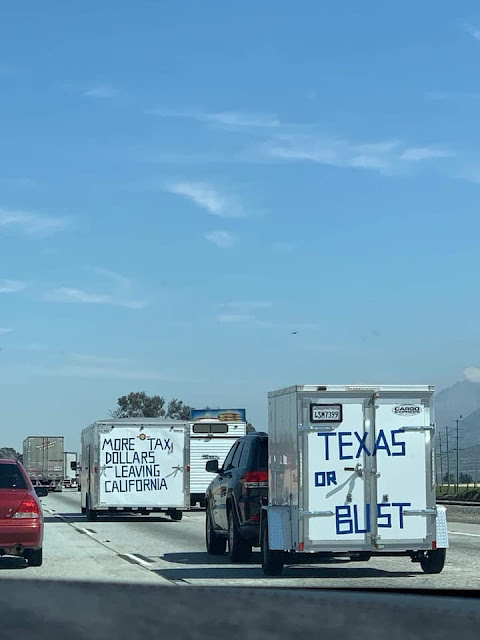 * ... MEMORIES: Check out the sign posted at the old Sinaloa restaurant. Adios, Sinaloa. 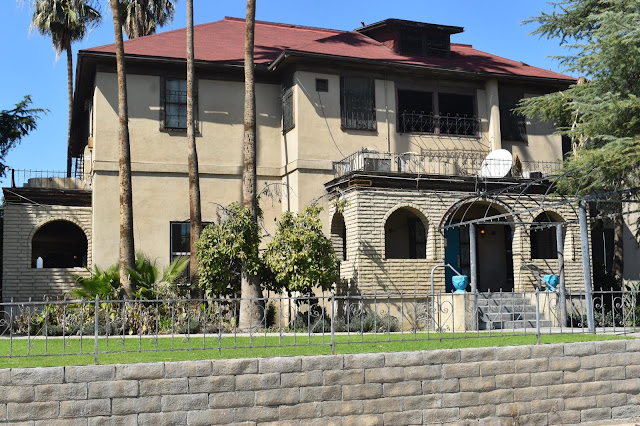 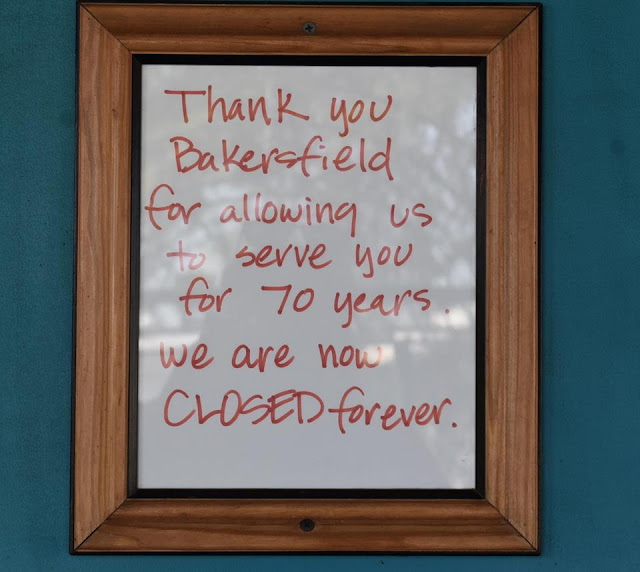