The documentary Seattle is Dying is a stark warning for any number of American cities, including Bakersfield, city staff deals a blow to those proposed private dorms and hundreds fan out to clean up the town

* ... SEATTLE IS DYING: If you haven't seen the hour-long documentary "Seattle is Dying," you should make the time to do so. Produced by KOMO-TV in Seattle, the documentary takes a hard and

sober look at how homelessness, egged on by well intentioned laws that back fired, have left the city awash in urine, feces, street urchins, crime and drugs. And yes, it is happening here in Bakersfield, for many of the same reasons: state laws that emptied our jails and flooded the streets with criminals, rampant drug addiction and mental illness. Unfortunately, we can't buy our way out of it by writing checks for equally well intentioned but ineffective programs. Talk to your local city councilman and county supervisor and tell them we must find real answers before we become Seattle. Go to YouTube and search for "Seattle is Dying." It will be worth your time. 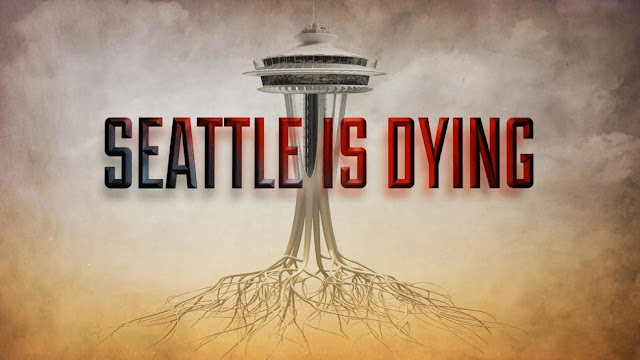 * ... CSUB DORMS: The city planning division has put the proverbial fork in a developer's plans to build two five-story dormitories at the corner of Gosford and Stockdale Highway. In other words, I think we can consider this idea DOA (dead on arrival.) The staff indicated the idea was not "in harmony" with the surrounding area, a recommendation that is bound to please the residents of Stockdale Estates who have rallied to vehemently oppose the plan. While staff recommended against it, the ultimate decision will be up to the Board of Zoning Adjustment (BZA) which could always vote to approve the plan, but I wouldn't bet on that. Stay tuned.

* ... SPOTTED ON TWITTER: "Stop trying to please everybody. You're no tequila."

* ... SPOTTED ON FACEBOOK: "All alcohol should be half price if you can provide proof that you are married with kids."

* ... HOMELESS: Check out this picture and the caption written by a reporter at KGET TV. It says volumes about the problem we have in this town. The caption read: "Have you seen this man?
The owners of Blue Oak Coffee downtown say he came into their shop this morning—demanding money, touching himself, and threatening to rape them. The city believes it’s part of Bakersfield’s growing homeless problem." 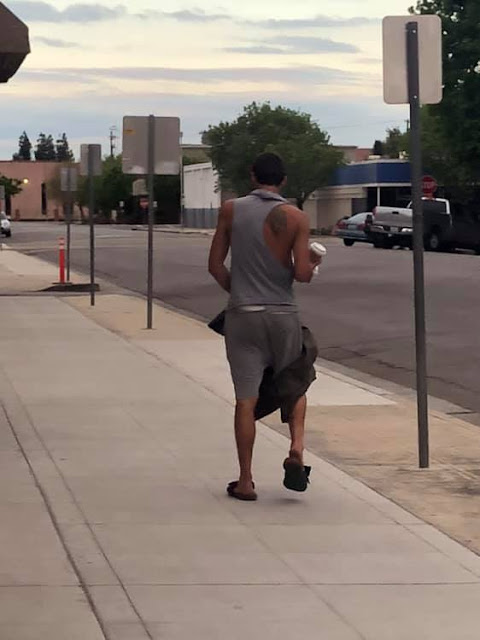 * ... RILEY PARKER: And speaking of the homeless, I received this note from retired private investigator (and ex Bakersfield police officer) Riley Parker, who left California fed up with high taxes and liberal state politics. Said Parker: "Our son and daughter-in-law fled Seattle’s Green Lake for a small village in Wales, and with broken hearts Jane and I fled CALI for a village of 3,000 on Colorado's western slope. Unfortunately, there is now a Democratic super majority in Denver and they are in lock step with Gavin Newsom. The good news... at 73 I am deep enough into life’s fourth quarter that that they can’t do us a lot of harm. Gas is still $2.49, we buy fresh organic foods at great prices from local growers, have our own garden, socialize with our migrant field workers, and take our kayak to the Colorado River and nearby mountain lakes on the Grand Mesa. And we enjoy CBD oil in our coffee at Pressed in Palisade. Heartbroken every time I return to Bako and see the trash alongside the broken concrete of Highway 58."

* ... CLEANUP: Here is to all the hundreds of volunteers who participated in the Great American Cleanup on Saturday. Ward 2 City Councilman Andrae Gonzales spent his birthday picking up trash, and I saw Memorial Hospital CEO Ken Keller along with Dignity vice president Robin Mangarin-Scott leading a big group in the effort. Imagine how clean our city would be if we all participated. 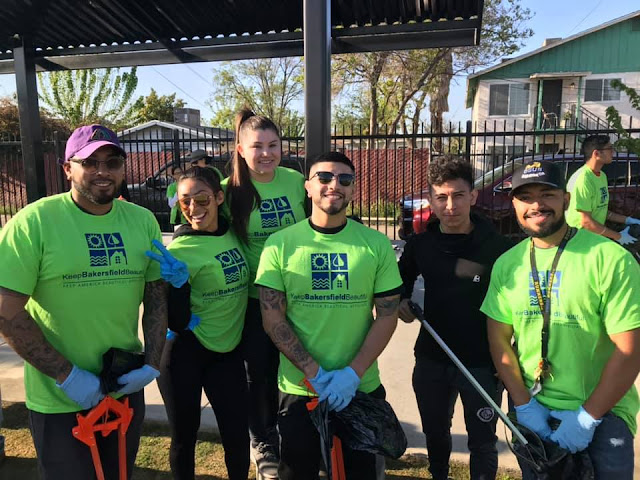 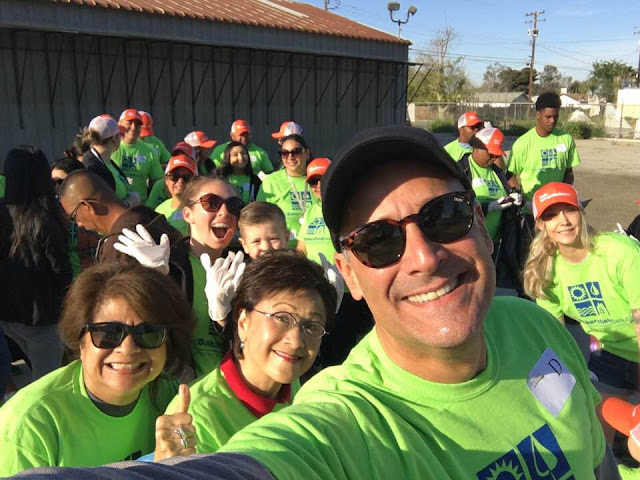 * ... MEMORIES: A Hell's Angels motorcycle rider in front of the Kern County Museum in the 1960s. 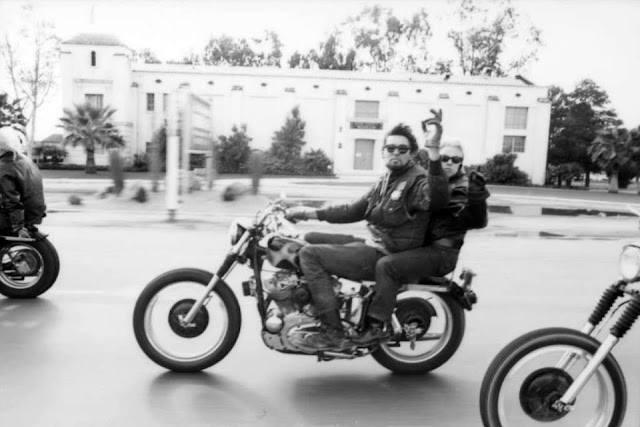 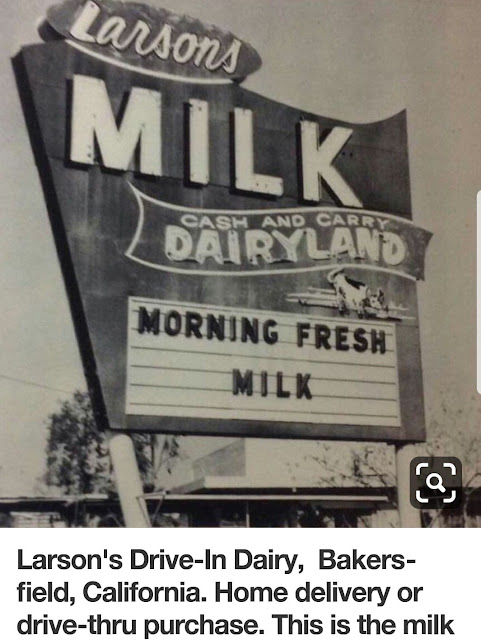