Bishop Joseph Brennan breaks his silence on the allegations of sexual abuse, the honky tonk Trout's is no more and yet another iconic Bakersfield Mexican restaurant is for sale

* ... BISHOP BRENNAN: Bishop Joseph Brennan has broken his silence about the allegations of sexual abuse against Monsignor Craig Harrison and seven other priests in the Fresno diocese. While not naming Harrison directly, Brennan told KMPH in Fresno it is hard to maintain the presumption of innocence given the weight of the allegations. An excerpt from the interview: "Bishop Brennan says

that as the leader of the local Diocese, he looks at all the priests as his brothers, but admits it's hard to remain neutral when he hears the accusations some of them face. 'There are a few where I'm struggling preserving the presumption of innocence. In my position, you get to know things you don't want to know. You read things and you look at files and things start to add up in your own heart and mind cause you're human, and you start making judgments on that because you're human,' Brennan says. A review of abuse files is under way by a third-party, led a former FBI Executive Assistant Director. The Diocese has also handed over files to the State Attorney General's office. Bishop Brennan has personally met with prosecutors to offer his cooperation." 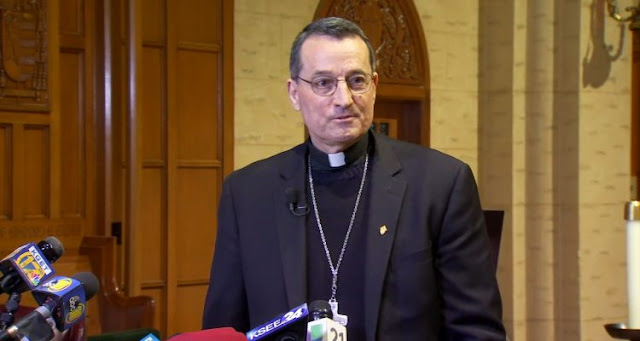 * ... SPOTTED ON FACEBOOK: "I don't give money to street beggars, but I almost did today to a white boy, just for his clever sign: 'Could you Pleez Spread Some Cheese on this Cracker?'"

* ... CARMAX FIRE: The freeway fire that spread to the Carmax back parking lot destroyed or badly damaged almost 90 cars and trucks. It was near surreal, as these photos attest. 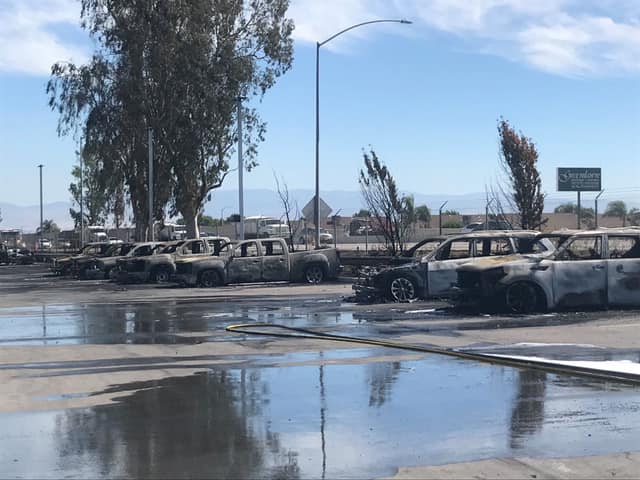 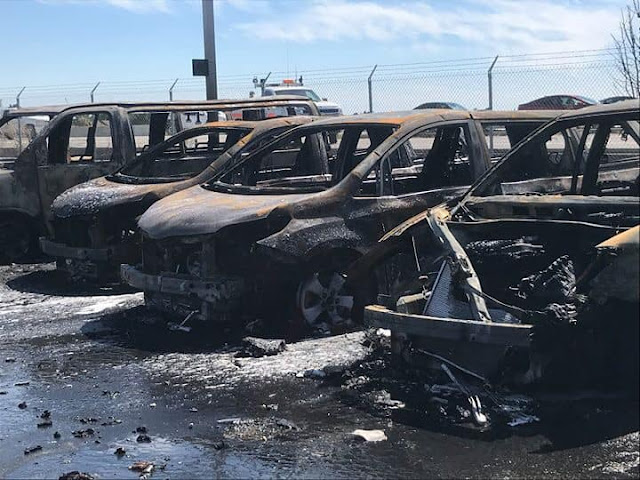 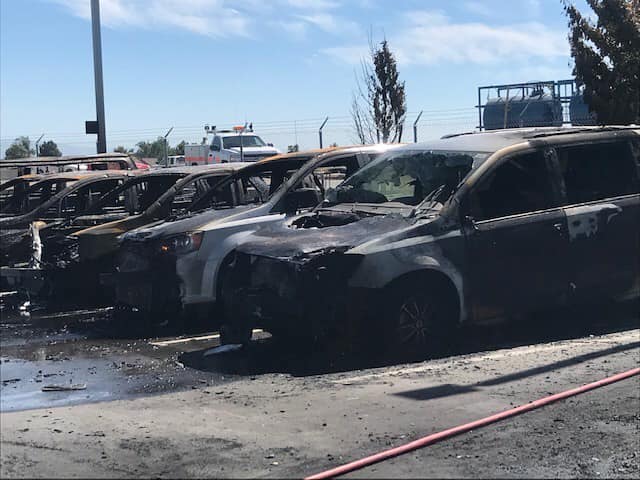 * ... TROUT'S NO MORE: Trout's, that iconic honky tonk on North Chester, is no more. The old-time bar is now being gutted for a renovation that will make room for a medical facility. If you danced or hosted a cocktail there, it was your last time. 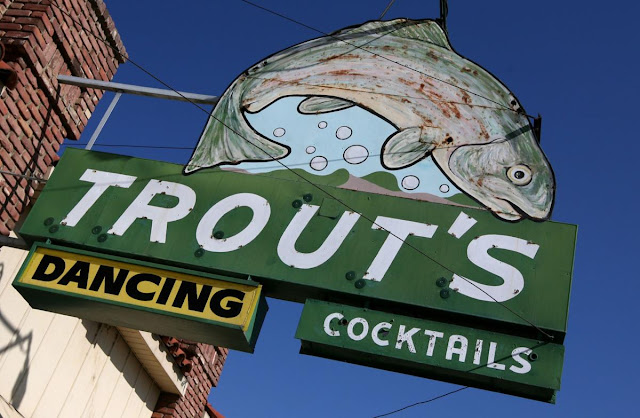 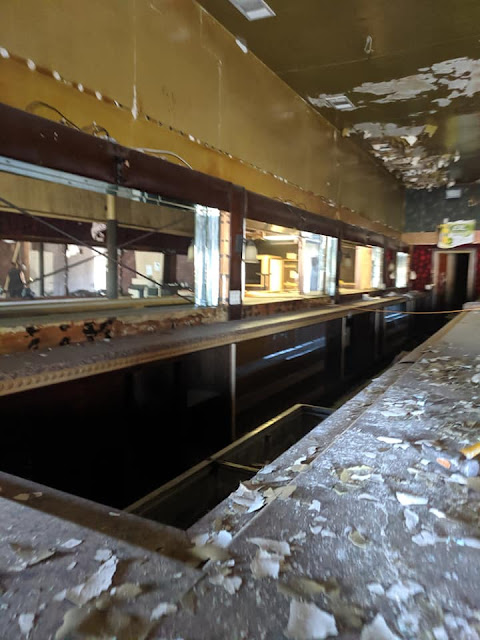 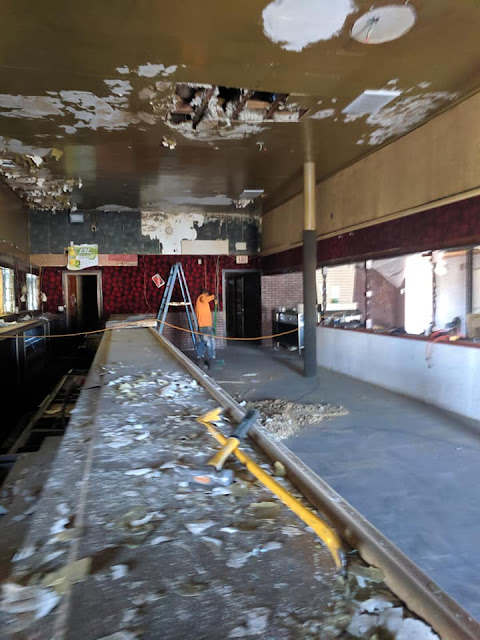 * ... CASA MUNOZ: First we lost Sinaloa, then Mexicali West, and it looks like yet another local icon to Mexican food - Casa Munoz - may be heading the same way. The building at the corner of Union and 18th Street, home to some of the best Mexican fare and margaritas in town, is listed for sale for around $1 million. Time to show the Munoz family some love and catch dinner there. 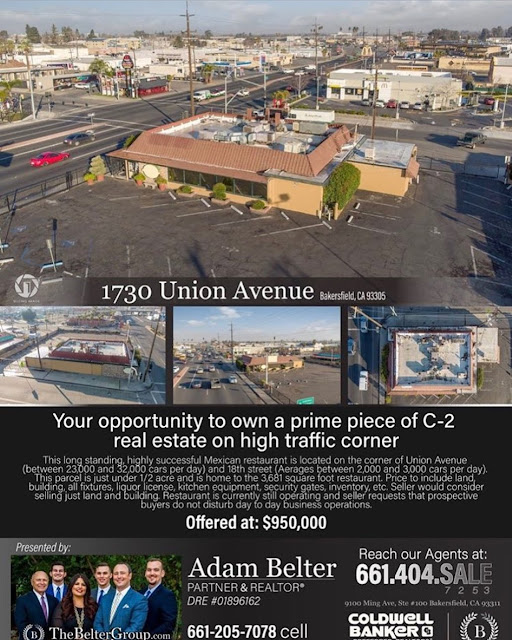 * ... MEMORIES: So who knew we had a Piggly Wiggly in town? I learned this, and spotted this incredible old picture, on the Kern County of Old Facebook page. It had this caption: "View of the interior of The Piggly Wiggly store in Bakersfield in 1927 yes, we had one too. That store was located at 2029 Chester Avenue where Doug Hobbies stands now.'" 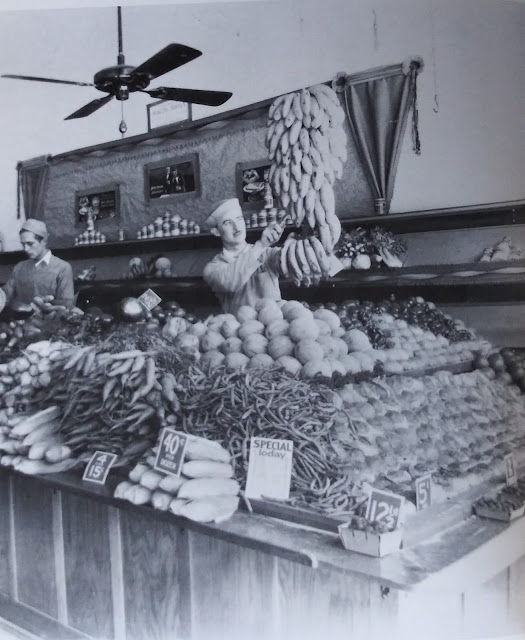 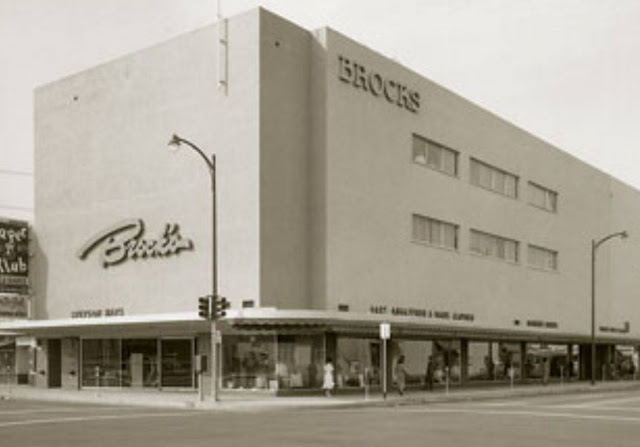 Posted by Richard Beene at 9:43 AM