J.R. Flores, producer of both The Richard Beene Show and The Ralph Bailey Show on KERN NewsTalk 96.1 FM, had planned to give this three-minute speech before the Bakersfield City Council during the public comment session at this week's council meeting. But that never happened because Mayor Karen Goh limited all speakers to just two minutes instead of the allocated three minutes. Here is your chance to read the Flores' take in its entirety.

"Good evening Madam Mayor, members of the council. My name is J.R. Flores, program director for Kern Radio and producer of The Richard Beene Show and The Ralph Bailey Show. I wanted to address you this evening regarding the epidemic happening in our city, and I do mean epidemic.
"This isn’t a homeless issue, this isn’t a housing crisis. This is a drug epidemic, this is a mental

health crisis, and if we are not careful a public hazardous health warning.
"With the human waste that plagues our downtown business alley and doorways, to the drug paraphernalia left in the playgrounds where my kids used to play. I understand the laws that come out of Sacramento, AB109 and Props 47 and 57. But I refuse, my neighbors refuse, my community refuses, the citizens of this city refuse to continue to hear 'Our hands are tied.' OUR CITY IS UNDER SIEGE, IT IS NOT SAFE!
"A BHS teacher told us that he no longer lets his daughter put gas downtown, a neighborhood he grew up in. Yesterday my fiancé was told by a vagrant/street criminal at our neighborhood gas station 'Hey baby why don’t you just take me home with you?' How long till one of them, if not already, start sexually assaulting woman?  Just this morning as she dropped off my son at William Penn 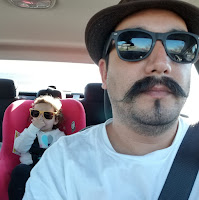 Elementary, as many other parents dropped off their kids or while they walked to school, a drug induced or mentally deranged man had defecated on himself, buttocks exposed wandering about just outside the gates.
"Our kids can’t go to school without being exposed to this? They definitely can’t play in the parks, as they’ve been overrun by drug addicts and mentally unstable individuals. AND YES DRUG ADDICTS AND MENTALLY UNSTABLE, NOT HOMELESS PEOPLE. Do they happen to live on the streets? Yes they do. But these are not the families visiting Louis Gill at the homeless shelter, that guy at the gas station isn’t visiting Carlos at the Mission, the man this morning isn’t the guy visiting Kern Behavioral Health.
"I applaud the effort of those individuals working those places, on the front lines of the real homeless crisis. This, what we are dealing with, is not a homeless crisis. You want to give them low barrier shelters. I applaud the county for their leadership and moving forward with their site, even if I don’t believe that will solve this problem.

"Providing drug addicts a safe haven is only enabling the problem. That is no better than the mom that lets her son get high down the hall rather than on the streets. These people will continue to plague or neighborhoods and break in to our cars, our homes and our businesses, harassing the law abiding taxpaying citizens of the city. I hope, I pray that the people that do occupy those beds are going to get the true help they need. We talk about wrap around services and setting these people up with the help they need. But the services are already there and these people aren’t taking advantage of them now, what leads you to believe they will once given a place they don’t have to conform to enter.  "Our sheriff has 600 beds… How about beds in a intervention clinic or at a mental health place? So when given the option those beds or Lerdo they have to take responsibility for their place in life. I hear the cries for compassion, but allowing these people to do drugs and wander aimlessly un-medicated is not compassion.
"Hiring 100 cops that cannot or will not enforce laws is not going to solve the problem. All of this going on while a priority tonight is spending $390,000 of measure N money on staging lights inside of Rabobank. While we worry about Soccer parks and softball fields. While adopting a new brand and slogan. “Bakersfield, The sound of something better.”  How about we actually make it better and not just sound better. Thank you!

Posted by Richard Beene at 3:32 PM