Welcome to Bakersfield Observed. Our mission is to celebrate life in Kern County by focusing on newsmakers and events and the local characters who make this community such a special place. The views expressed here are strictly my own and do not reflect the views of any other individual, news organization or business. Send news items to rsbeene@yahoo.com.

* ... FAIR SCANDAL: You can bet some heads are going to roll following a state audit which claims that hundreds of thousands of dollars may have been misspent by management at the Kern County Fair. The audit did not specifically say who was responsible, and it remains to be seen if we

are talking about Fair employees or perhaps members of its Board of Directors, which has always comprised a "who's who" in Kern County. The audit put the spotlight on board chairman Blodgie Rodriguez, who declined to comment, as did fellow board member NaTesha Johnson. Also remaining silent is Fair CEO Michael Olcott, who seemed to be singled out by the audit in one case for failing to provide receipts for dinners. The audit alleges that people enjoyed sumptuous dinners of lobster and expensive wine, charged air travel and alcohol and left lavish tips. To say this is serious is an understatement, and while Olcott is much beloved in the community, many are expecting him to be an early casualty of all this. Members of the Fair board are appointed by the governor (it's why the board is so weighted toward Democrats or Republicans at any given time). In addition to Rodriguez and Johnson, other members of the Fair board include Ned Dunphy, Jared Britschgi, Cesar Chavez, Lucas Espericuetea, David Lidgett and David Torres. 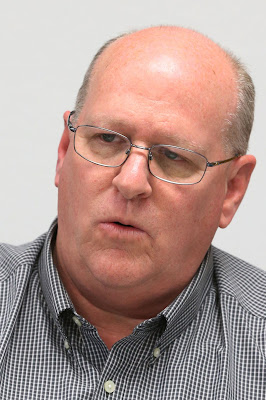 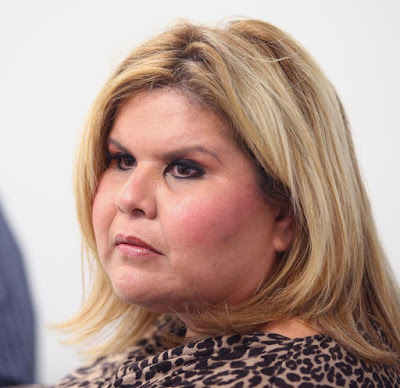 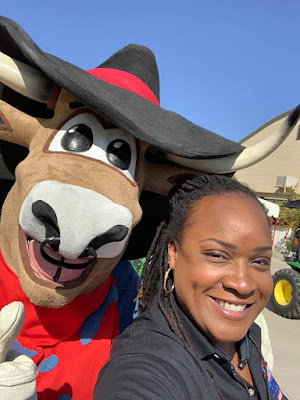 * ... LATE BREAKING: After the above item was filed, KBAK reported this on its website.

The audit found more than $300,000 in questionable spending between 2016 and 2018, much of it spent on travel, expensive meals, and alcohol.

While the report doesn't say which California fair they audited, to protect the identities of the employees named in the report, multiple sources tell Eyewitness News it was the Kern County Fair that is at fault.

The audit found that the fair, funded by the California Department of Food and Agriculture, had no receipts for $132,000 worth of credit card purchases, over $30,000 in "excessive and unauthorized" out of state travel, and more than $1,200 spent on alcohol.

Christopher Medellin, a maintenance mechanic who worked at the fair from July 2017 until he quit in June 2019, said the fair was the most unethical place he's ever worked.

"Nobody felt like they can actually say anything, and anything happen," Medellin said.

He claims he reported misuse of funds and vehicles to Olcott and was later yelled at by his supervisor for saying anything. The audit mentions instances when employees denied using state resources for unauthorized purposes, but auditors saw them doing it.

"The maintenance supervisor and the CEO claimed that the maintenance supervisor took the state-owned vehicle home at most twice a week when he needed to pick up work-related materials on his way to or from the fairgrounds. However based on our observations and witness statements, he used the state-owned vehicle nearly every day as if it were his personal truck," the audit claims.

Medellin said he and others were coached on what to tell the auditors, or they'd be fired.

A receipt collected in the report shows a fair employee paid $400 for steaks, $125 for a lobster surf dinner, and spent more than $600 on wine vodka, hard cider, and cocktails.

"They definitely overspent. They wouldn't do that with their own money," Medellin said.

Three sources tell Eyewitness News that Hebert paid fair employees for side jobs, instructing them to clock in at the fairgrounds, work offsite for the day, and return at the end of the day to clock out at the fairgrounds. They reportedly used state trucks and materials to do those jobs.

Medellin was complicit in these tasks, claiming he worked on vehicles, billboards, and even helped move Olcott's daughter's furniture with a fair truck.

The audit recommended that Olcott and Hebert be appropriately disciplined and pay back the money, and added that more oversight by the board of directors and the CDFA is in order.

In response, the fair board of directors said they would work to find an equitable way to pay back the money and better oversee future spending, but did not report than any disciplinary action would be taken against Olcott or Hebert. 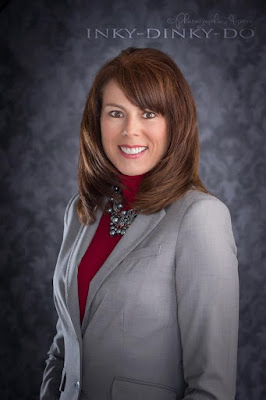 * ... CODY KESSLER: Good news for Centinnial High and USC graduate Cody Kessler: he has been traded to the New England Patriots to serve as a backup to Tom Brady. Kessler previously played for the Jacksonville Jaguars and the Cleveland Browns. 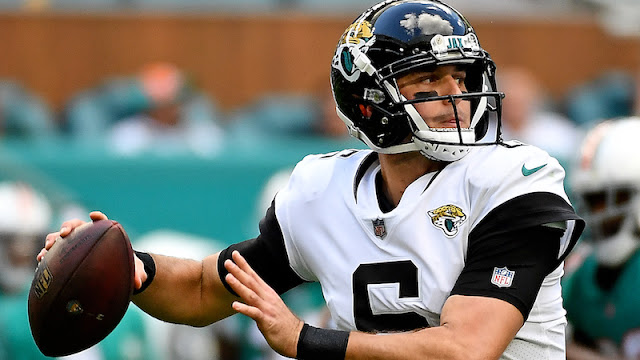 * ... SPOTTED ON TWITTER: "Whenever I lose my wife in a busy shopping mall, I just start whispering to myself 'You're right' and she immediately appears to tell me that I'm wrong."

* ... FACEBOOK: Facebook founder Mark Zuckerberg spent last week on Capitol Hill defending the social media giant's privacy policies, and he dropped by the office of House Minority Leader Kevin McCarthy for a chat. When McCarthy wanted to share a picture of him with Zuckerberg, he did it on Facebook of course. 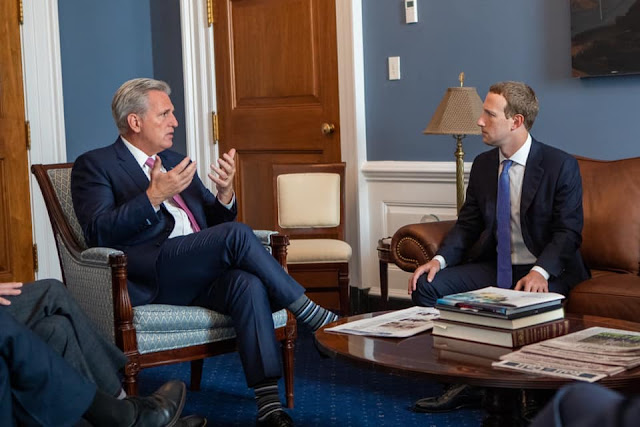 * ... SHOOTING SPORTS: The Kern County Gun Club is once again offering a terrific course for young shooters, opening its skeet, trap and sporting clays courses to youths aged 12 through high school. The courses run for six months (starting now) and classes are held once a month. The cost is just $75 and includes ammunition, targets and lunch. A shotgun will be provided. The class director is Bruce Binns, an accomplished skeet shooter, who will train the youths in basic gun safety and techniques. Call Bruce at (661) 333-4980 for more information.

* ... MEXICALI WEST: Did you see that old Mexicali West building has been demolished? That's right, the Gamez family sold the iconic restaurant and it will not be replaced by an office building with two small restaurants. Mexicali West had a strong local following, and this Facebook post testifies to the loyalty its customers had for the place. Said Mariane McLucas Reyes: "I actually got 2 roof tiles from Mexicali West as mementos, from a job foreman when they started the demo. I worked there as a teen, had dozens of birthday dinners there and though we still eat at the downtown location, West was just a wonderful respite from your day. Calming views sitting by the glass window of the California Room, staff that never let your water or tea glass go unfilled (thanks to Esther Gamez's rules for service). West was always magical at Christmas and just a beautiful restaurant, unlike any other we have in town. I will miss it, always." 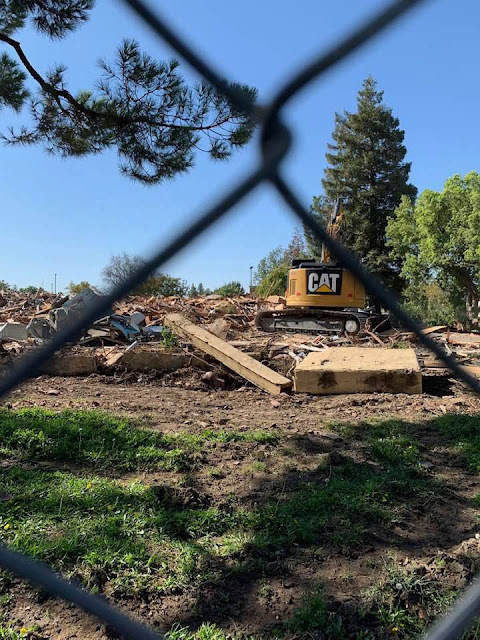 * ... TRASH: Here is an ugly scene taken on Chester Avenue in front of the Stars Theater. The craziness continues but at least in this case, the city was quick to clean up the mess. 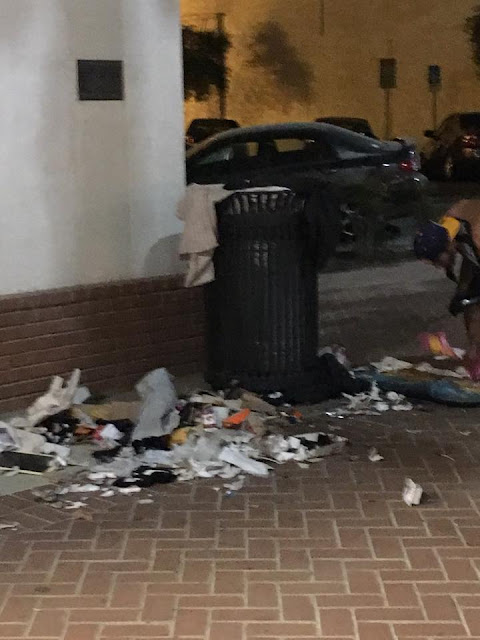 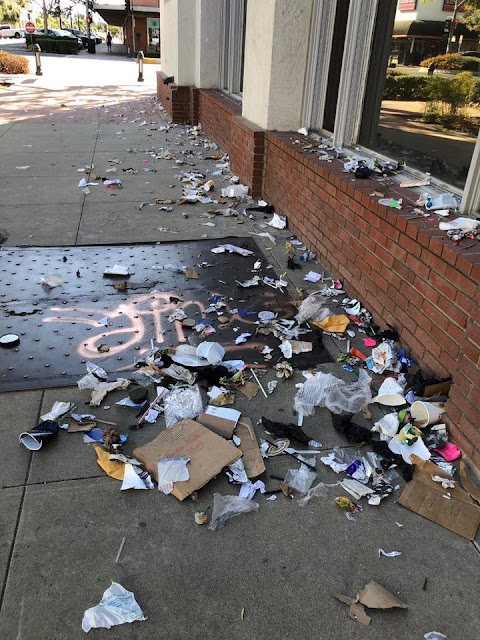 * ... MEMORIES: Check out this photo from 1969 showing the Wheeler Ridge pumping station, compliments of the Kern County of Old Facebook page. And then there is the second picture, from the 1930s or 1940s, of the old water wheel at Hart Park. 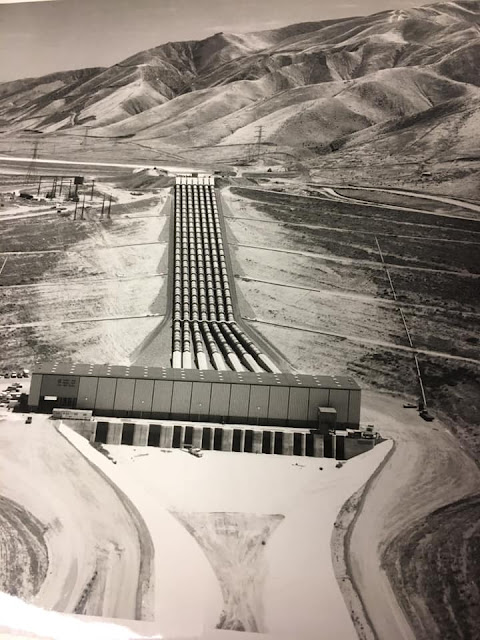 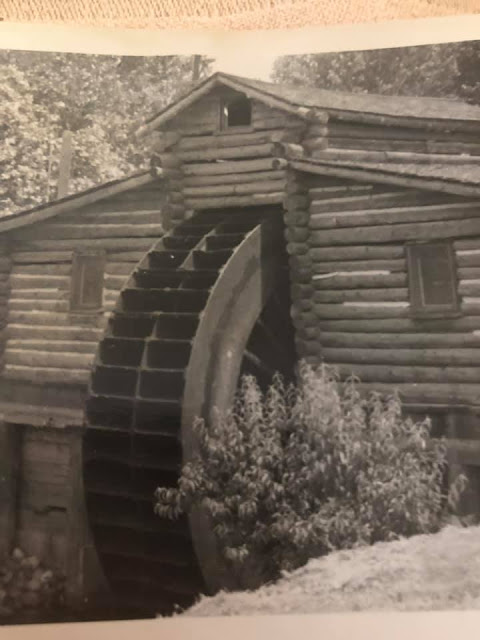 Posted by Richard Beene at 5:22 AM