The city of Bakersfield punts on deciding on the site for a homeless shelter (again), Phillip Peters enters the race to succeed county Supervisor Mick Gleason and RIP Dennis Mullens, local water lawyer

* ... WAITING ... AND WAITING: The city has once again punted on the long overdue decision on where to locate a low-barrier homeless shelter. First the city walked away from a small park off Golden State after a handful of people objected, and now it has done the same after opposition arose to buying the old Calcot facility on East Brundage for a 450-bed shelter. Understanding no one

wants this kind of shelter in their neighborhood, the situation calls for bold leadership which seems to be lacking on our City Council. The city will not resolve this until January, while in the meantime homelessness grows and becomes more visible and serious by the day. By contrast, the county under CAO Ryan Alsop has moved with more urgency, and its 150-bed facility off Golden State should be up and running in just a couple of months. Consider this quote attributed to President Theodore Roosevelt: “In any moment of decision, the best thing you can do is the right thing, the next best thing is the wrong thing, and the worst thing you can do is nothing.” 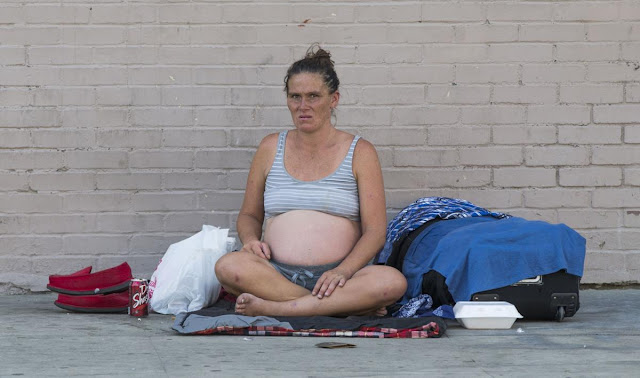 * ... DISTRICT ONE: Campaigning has started early in the race to succeed Mick Gleason as the District 1 county supervisor. Phillip Peters, a longtime aide to Gleason, has announced he will run and he is already picking up support, and a fund raiser has been scheduled to build his war chest.  Some of Peters' early supporters include Ken Small, Wes Bradford, Terry Hearron and Dr. Sarabjeet Singh. Another potential candidate, former county veteran's affair coordinator Dick Taylor, has yet to decide if he will run.

* ... EXODUS: It is no secret that people and businesses are leaving California in droves, fed up with high taxes, outrageous housing costs and overbearing rules and regulations from Sacramento. But you might be surprised where they are going. In 2018, the top destination for Californians was Texas, which absorbed 86,164 Californians, then Arizona (68,516), Washington (55,467), Nevada (50,707) and then Oregon (43,058).

* ... SPOTTED: I spotted this on the Bakersfield Thieves Facebook page: "To whoever tried to ransack my grandmothers garage on the south side and stole two of her giant laundry detergents and whatever else you might have taken. I hope you rot in hell."

* ... RIP DENNIS: Dennis Mullens, a local lawyer with an expertise in water law, died unexpectedly in his sleep this week. Mullen, 67, worked for Tejon Ranch and Klein DeNatale before retiring recently, Mullen, a quiet but firm force, was active in local water politics. He leaves a wife, Melanie, and a daughter, Anna, who recently graduated from Indiana University. 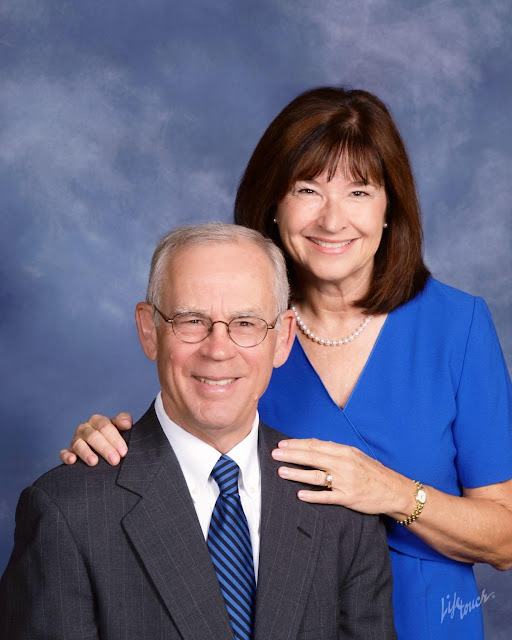 * ... PANORAMA BLUFFS: Hats off to Supervisor Mike Maggard who helped coordinate a beautification program up on the Panorama Bluffs. Various artists from the Arts Council of Kern
(Iva Fendrick, Jorge Guillen, Taya Morroquin, Kristen Montoya and Jennifer Williams Cordova) painted power boxes on the bluffs to discourage graffiti and give the park some extra pizzaz. 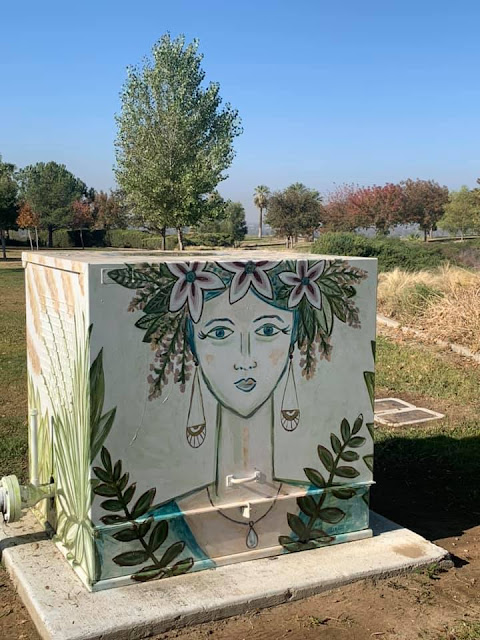 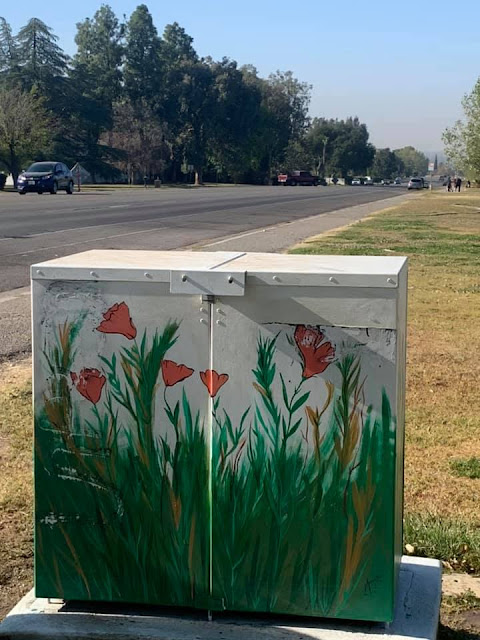 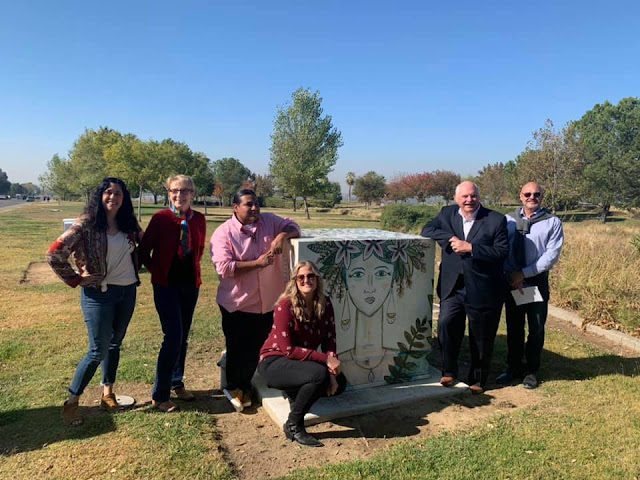 * ... GOODBYE CALIFORNIA: So what do some Californians think of their governor and his policies that drive people and businesses out of the state? Chck out this meme I spotted on Facebook. 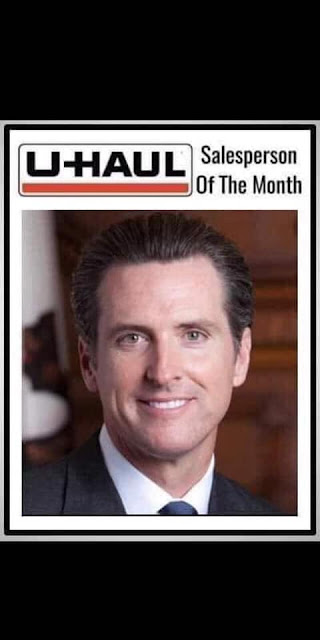 * ... MEMORIES: Check out this wonderful first old photo from the Kern County History Fans Facebook page. Just love it. The second shows a group of what could be football players from the old Kern County Union High School. 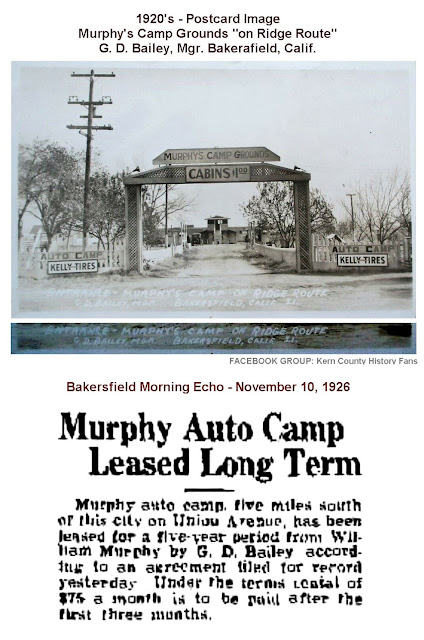 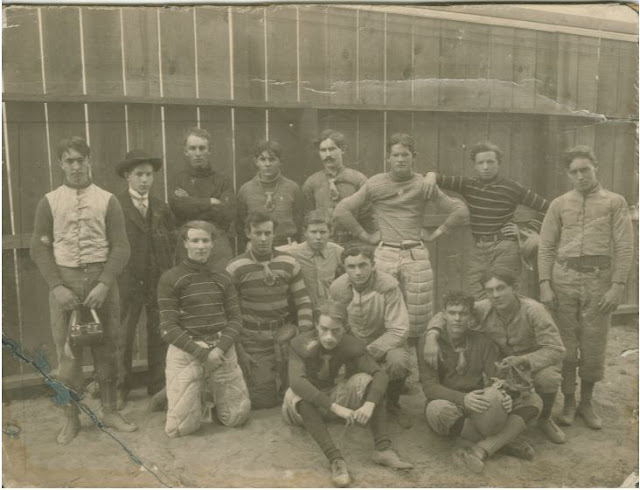 Posted by Richard Beene at 4:55 AM