Good news for the California snowpack, the state wants to limit your indoor water use, thieves run amok about town with near impunity and two F-18s fly low over town

* ... SNOWPACK: Here's some good news on the California snowpack: experts say the frozen

water supply is at 97 percent of normal. This comes after California was hit by a series of storms that brought some much needed rain in December. We are now at 33.5 inches deep, ,which state officials say is 97 percent of average for this time of year. And we will need it, because officials say the rest of the year will be drier than normal. The snowpack provides 30 percent of the annual water needed for the state. 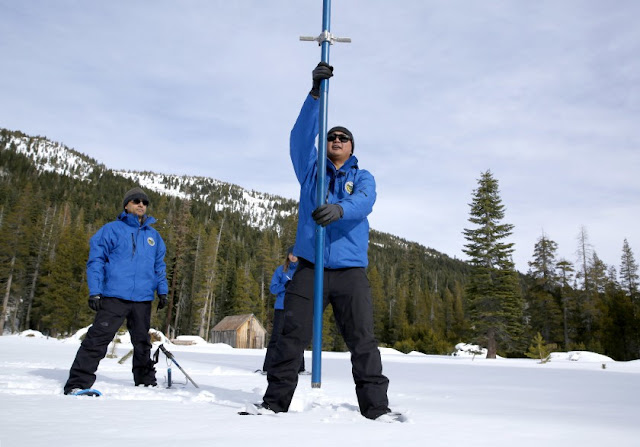 * ... WATER NAZIS: Speaking of water, the California nanny state has passed a new law that will make it almost illegal to do laundry and take a shower on the same day. That's right, our state Legislature passed a law that will limit personal usage of water to 55 gallons a day. Just so you know, if you take a shower and do your laundry on the same day, chances are you will exceed that 55 gallon limit. Of course, this being California, there is no way for the state to determine how we actually use water in our homes. Water meters measure gross usage, including both inside and outside, but that doesn't seem to matter to the powers at be. And guess what? By the year 2025, that limit drops to 52.5 gallons day.

* ... THAT SOUND: That deafening sound of aircraft heard about town on Saturday around 10 a.m. apparently came from two F-18 Eagles that took off from Meadows Field on a training flight. Facebook lit up after the planes took off, and no word yet on where the planes are stationed or why they landed at Meadows Field. 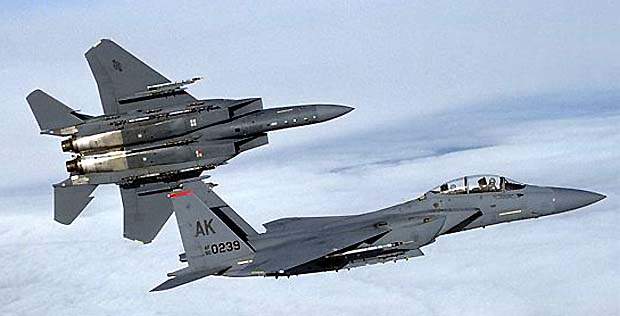 * ... BAKERSFIELD THIEVES: Petty theft is rampant across town now that the state of California has basically decriminalized (that is, classified it as a misdemeanor) any theft of goods with a value of less than $950. Across town people are waltzing into stores, filling the carts and walking out, almost daring employees to confront them. Take a look at this woman, wearing an ankle monitor no less, caught on camera. The photos were posted in the Bakersfield Thieves Facebook page. The captionL "And here it is,,, Fun Zones 1st and dumbest Dildo of 2020! Stole lingerie and forgot to leave her ankle monitor at home! And since her ankle monitor is putting holes in her stockings Will someone please let her know I'll kindly give her a new pair of stockings so she can wear back to jail if she returns the lingerie!" 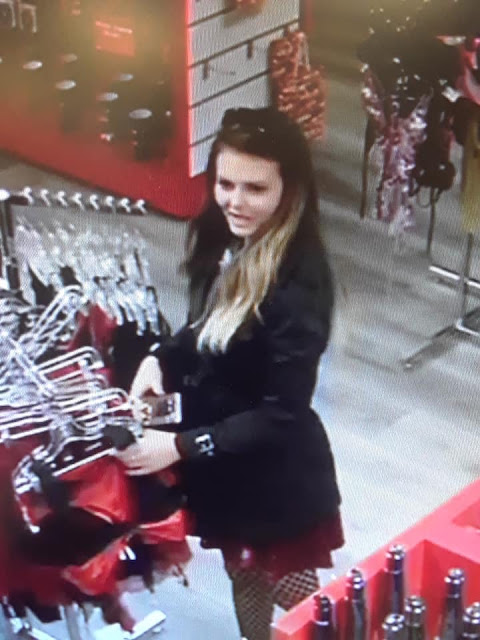 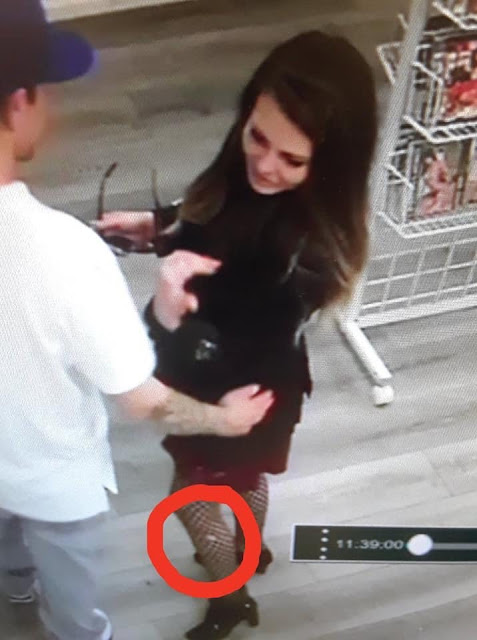 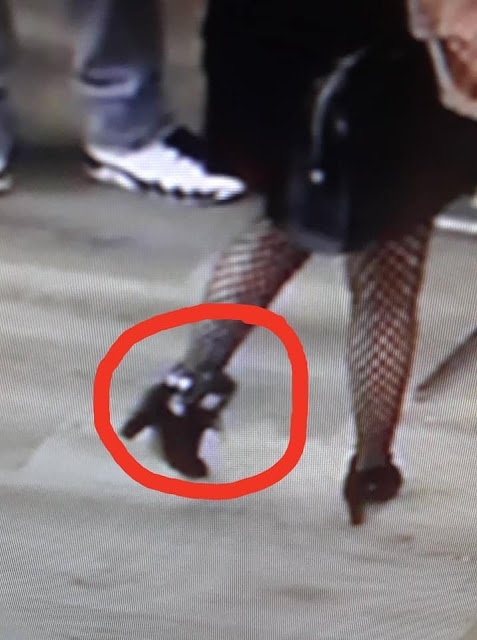 * ... SPOTTED ON FACEBOOK: Now here is some redneck ingenuity. This was spotted on Facebook: "I was at the Tractor Supply Store and saw this pick-up that got its side window knocked out. Hooray for duck tape and the removable Tupperware lid to see the the side mirror. A redneck solution in action." 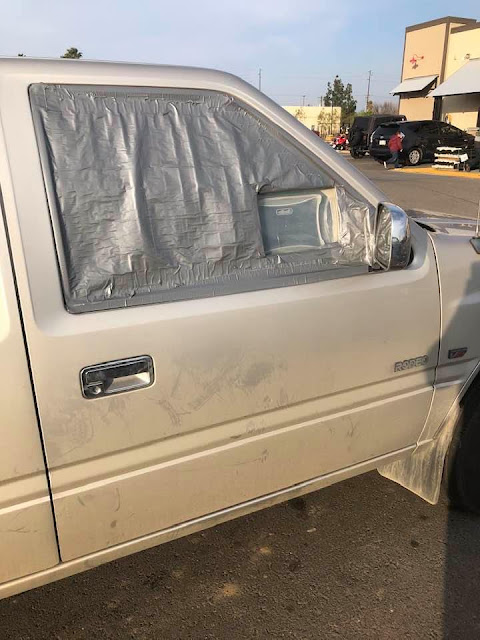 * ... MEMORIES: Check out this old picture of the Angelo National Bank at 18th and Chester Avenue, home of the law offices of Chain Cohn Stiles. 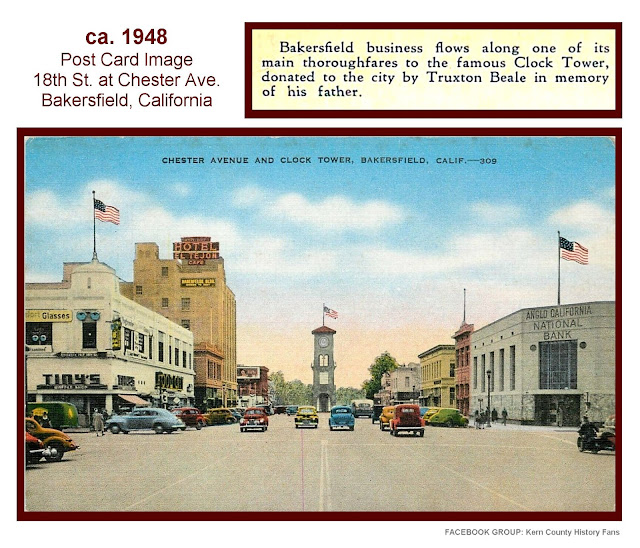 Posted by Richard Beene at 3:48 PM