Mike Stier, a longtime Bakersfield businessman, avid golfer, patron of the arts and philanthropist, has died after a long battle with cancer. He was 71.
Stier's wife, Cathi, announced his death in a short message on Facebook.
Stier was known as the owner of Stier's RV and later Barry's RV. He was diagnosed with squamous cell carcinoma in 2005 after he found a lump on his neck after a workout.
An avid golfer and member of Bakersfield Country Club, Stier was generous in his support of the arts. In addition to his wife Cathi, he is survived by daughters Kaylee and Stevie. 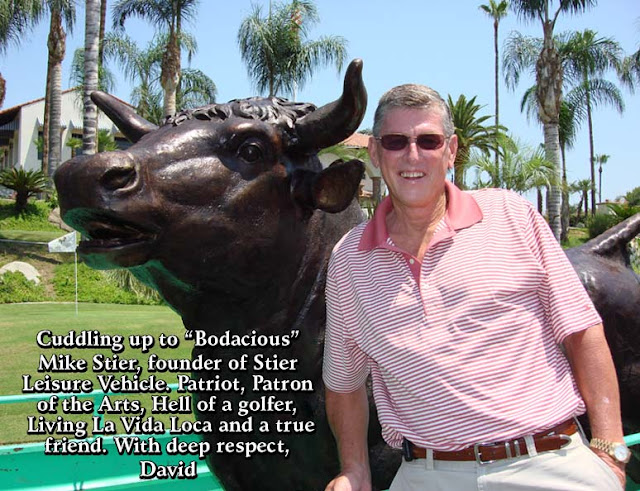 Posted by Richard Beene at 5:24 PM