Bishop Joseph Brennan to preside over the Kern Catholic Prayer breakfast as we await word on Father Craig Harrison, the BBC turns to Dr. Jeanine Kraybill for political commentary, and did you catch the "snow moon" this weekend?

* ... CRIME: We should have known this was coming. Petty crime, including the "smash and grabs" that are so common now across Kern County, is exploding thanks to the California legislature

decriminalizing "non violent" offenses. In a bid to relieve prison crowding and reduce the number of minorities incarcerated, the state decriminalized the theft of anything that has a value of under $950, and the results have led to a spike in crime across the state. And now we hear that a group of 100 minors went from store to store at Valley Plaza Saturday randomly stealing merchandise and running out the door. Talk to any retailer and they will tell you the same: people simply walk out with their arms full of merchandise. And how can this be good for California?

* ...SNOW MOON: Did you catch the full moon this weekend?  It's called the snow moon and it is the second full moon of the year. The February full moon is known most commonly as the snow moon for the abundance of snow in mid-winter. February 2020’s full moon is also considered a supermoon. 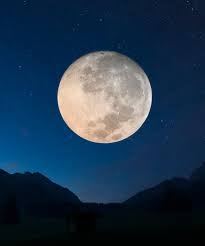 * ... PRAYER BREAKFAST: Bishop Joseph Brennan from the Diocese of Fresno will be presiding over the 2020 Kern Catholic Prayer Breakfast on Thursday, March 12. Brennan's visit is coming as we all await word on the fate of Monsignor Craig Harrison, who was suspended last April because of allegations he had inappropriate sexual contact with young men as far back at the late 1980s and 1990s. Brennan is expected to make a decision on Harrison after the Fresno County District Attorney's office wraps up its investigation into a case in Firebaugh involving Harrison and a then young man. I am told the Fresno DA may render its decision soon, and it will likely cite the statue of limitations in deciding not to charge Harrison. Does that mean Harrison is not guilty or simply that the statue of limitations has expired? Pick your side, but also pay attention to how the Fresno DA words its statement on Harrison. The devil is always in the details. Meanwhile, Brennan is expected to make the final call soon, and how ironic would it be if Brennan comes to St. Francis for the prayer breakfast and holds court in the Craig Harrison Youth Center? 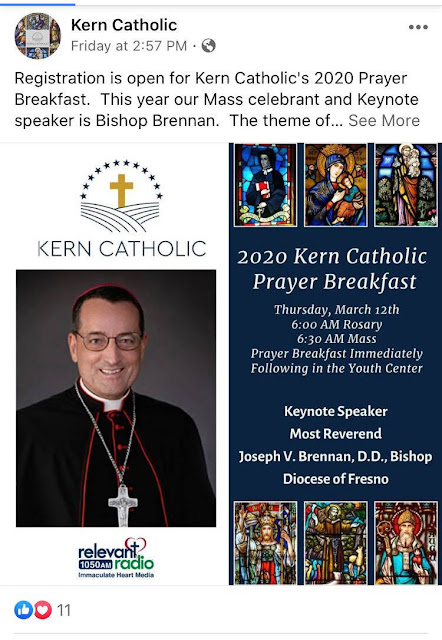 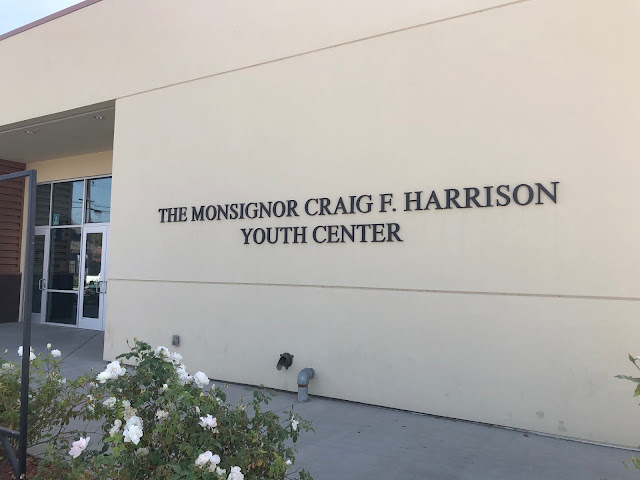 * ... MEASURE D: It probably should come as no surprise that controversy follows local marijuana advocates, and this time the controversy came over a pro Measure D billboard at the corner of Pacheco and Stine roads. The billboard shows a couple dozen smiling detention deputies indicating that they support the medical marijuaa initiative known as Measure D, supported by David Abassi and other cannabis advocates. The problem: the Kern County Detention Officers Association says the billboard is misleading and it did not give permission to use the photo. “KCDOA has not and will not endorse this controversial measure,” said union President Dustin Alkire “It is exceptionally disgraceful that the Central Valley Cannabis Association would use a picture of our hard-working detentions deputies in this manner.” Measure D is being pushed by local marijuana advocates, and it is no surprise the initiative would allow former pot retailers to go back into business. A competing initiative, Measure E, is supported by the Board of Supervisors and is generally seen as more restrictive. 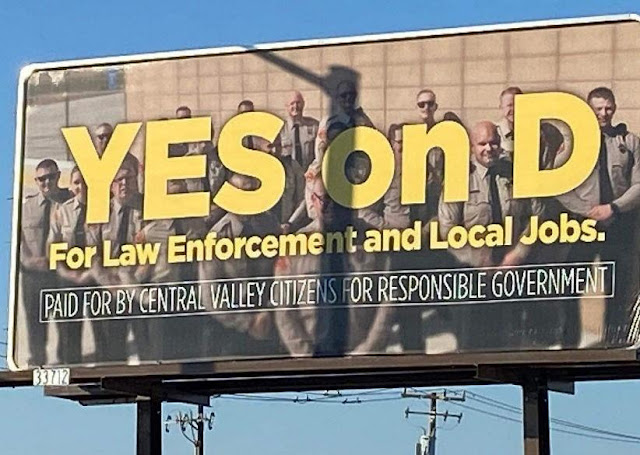 * .... HEARTBREAK: We have a serious problem here with abused and abandoned dogs, and thank God for the many volunteer organizations that seek to find homes for abused animals. Check out this post: "Anyone out there with a big heart and a deep wallet?? BAILEY needs to be seen ASAP for a tooth abscess!! You can see her right eye is swollen and she’s in pain. Owner is struggling financially right now and a vet bill was the last thing she needed. When it rains, it pours. We all know that feeling. This dog is in a lot of pain, constantly drooling and can’t eat. We can’t let her suffer. Please donate! She’s going to be seen at Banfield on Oswell Street. You can donations send to PayPal bbbrescue2014@gmail.com or Venmo @bbbrescue2014 or you can call donations in to Banfield for “RILEY” to (661) 871-0053 once she has been admitted.Please help Bailey!!" 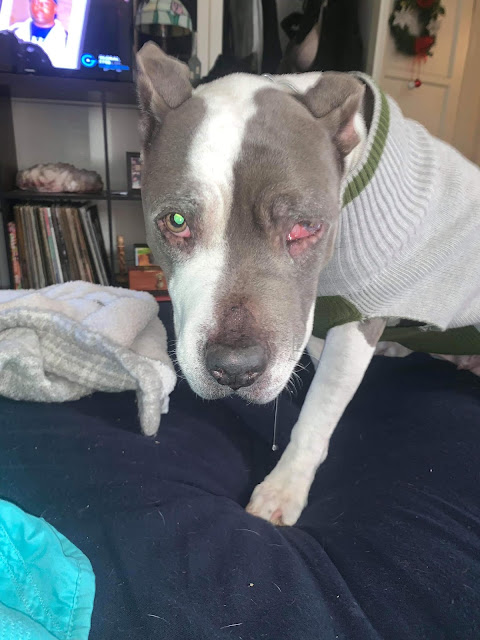 * ... KRAYBILL: Congratulations to CSUB's Dr. Jeanine Kraybill who has been asked to serve as a U.S. political analyst during the presidential campaign for BBC Breakfast, the most watched morning news program in the United Kingdom. A professor of both political science and religious studies, Kraybill has served as a political analyst for The Richard Beene Show on KERN 96.1 FM for the past three years.

* ... GEARHART: And congratulations to Dr. Richard Gearhart and his wife Diane Blackburn Gearhart on the birth of their second daughter, Reagan Leigh Gearhart. Reagan was born February 4 at 8:36 a.m. Gearhart is a graduate of Clemson University and is currently a professor of economics at CSUB. 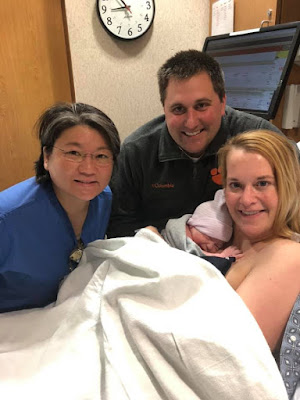 * ... SPOTTED ON FACEBOOK: I spotted this picture on the Kern County of Old Facebook page. Who remembers the 2003 sinkhole in front of Jim Burke Ford on Oak Street? 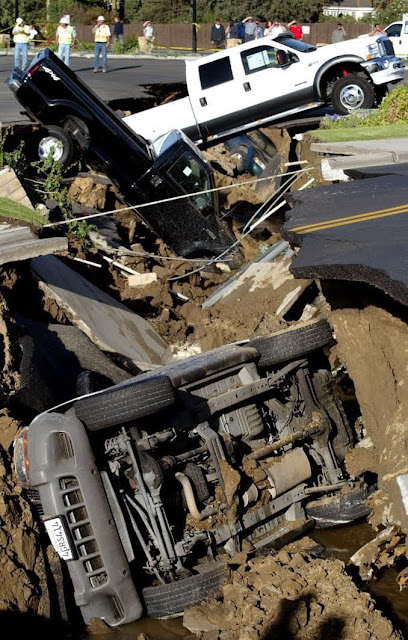 * ... MEMORIES: Just take a look at his shot, compliments of my friend Art Moore, of Barbra Streisand and James Brolin at Woolgrower's take on July 7, 1998. 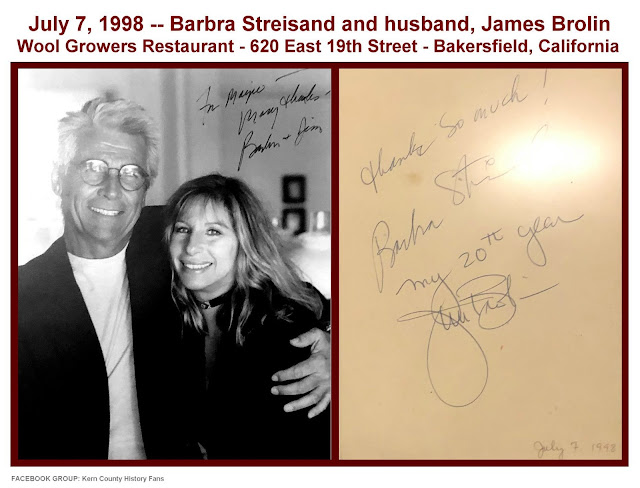