Gov. Newsom wants to shrink the state prison system at the same time business people are being threatened for reopening their shops, Uricchio's Trattoria to reopen for curbside service this Tuesday and Pastor Angelo Frazier to appear on The Richard Beene Show

* ... RELEASING PRISONERS: Gov. Gavin Newsom wants to drastically shrink the footprint of California’s prison system, blaming massive budget cuts triggered by the coronavirus. According to his revised budget, Newsom wants to close two state prisons, shutter all three of the state-run juvenile prisons and cut some inmate firefighter programs. And if that is not enough, he is also proposing that prisoners be released early by shortening parole to a maximum of two years, down

from five years. The irony, of course, is all this comes at the same time that state officials are threatening to jail business owners who open during the pandemic. Now think about that: at the same time we are releasing hardened criminals, we are threatening local business people - the lifeblood of our economy - if they reopen their business to make a living. Kern County Sheriff Donny Youngblood is among those who think this is ludicrous, as does District Attorney Cynthia Zimmer. Let all that sink in while you gaze at the picture below of some of the inmates of our state prison system. 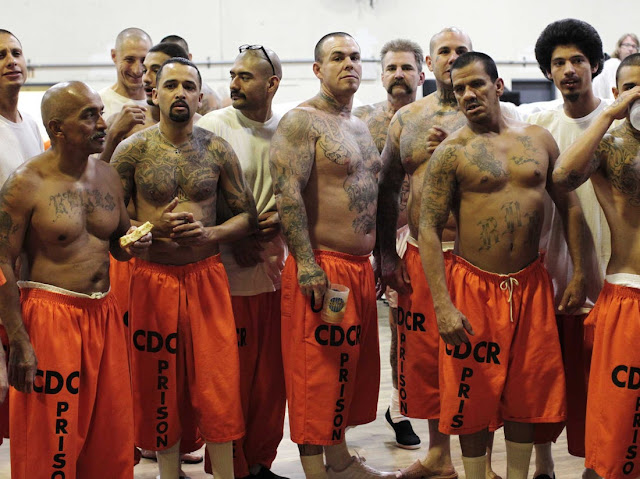 * ... RESTAURANTS: If one thing is for certain, it's that we are all itching to go back out to eat at our favorites haunts. And while we aren't there yet, people are voting with their feet. Outside Luigi's on Friday, takeout customers enjoyed sitting at a long table to catch up, and the same was happening Bootlegger's on Oak Street. This week, Tuesday to be exact, Uricchio's Trattoria opens back up for curbside pickup and it's safe to assume there will be a mad rush to catch up with owner Claire Porter and her crew of regulars. 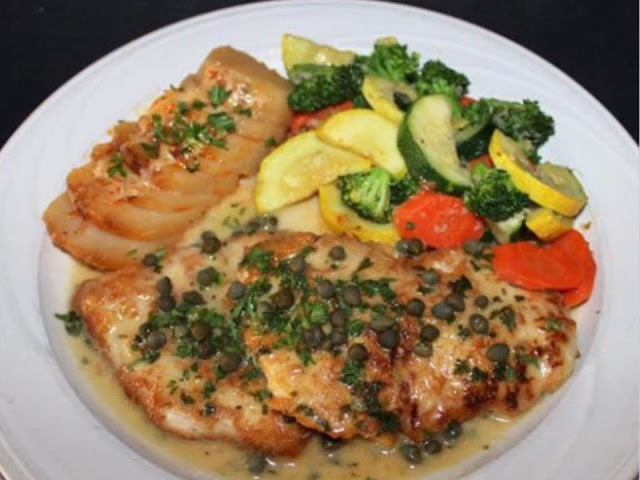 * ... OPEN UP: Speaking of the pandemic and the lockdown, Pastor Angelo Frazier of Riverlakes Community Church has been an outspoken proponent of allowing churches to reassemble and for businesses to reopen in Kern County. You might have spotted him at the rallies in front of City Hall, wearing a mask and waving signs urging the reopening of the economy with reasonable accommodations. Frazier will be my guest on The Richard Beene Show this Monday at 2:30 p.m.

* ... SPOTTED ON TWITTER: "When a disc jockey or a talk show host or a journalist who is being paid to work from his or her home tells people who can’t work, pay bills or pay their rent or mortgage to 'Stay home and be careful because we’re all in this together,' it’s okay to question the premise."

* ... PUBLIC DEFENDER: An attorney in the Kern County Public Defender's office has triggered a firestorm over a Facebook post suggesting there should be a "memorial" for the "victims" of law enforcement officers. The post read: "If Friday is Peace Officer's Memorial Day then is Sunday their Victim's memorial day?" Bad form? You be the judge. 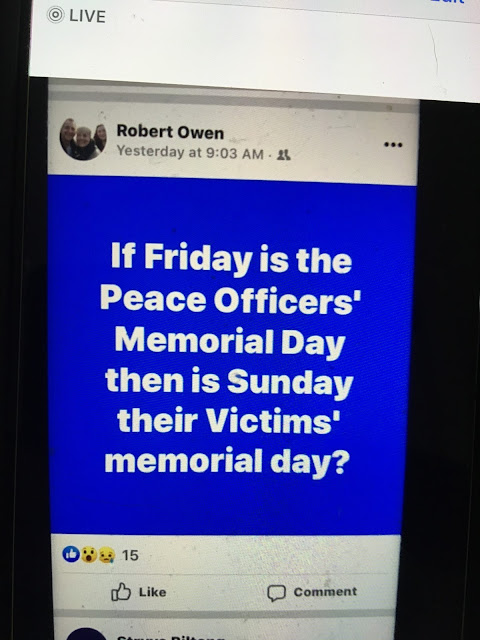 * ... EARTHQUAKE: Did you feel that 6.5 earthquake out of Nevada on Friday? It happened around 4 a.m. and while it produced little damage (see the pictures below) it was felt in some parts of Bakersfield. 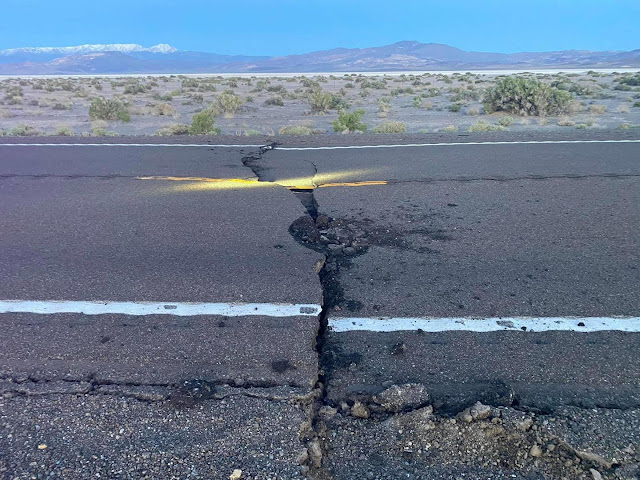 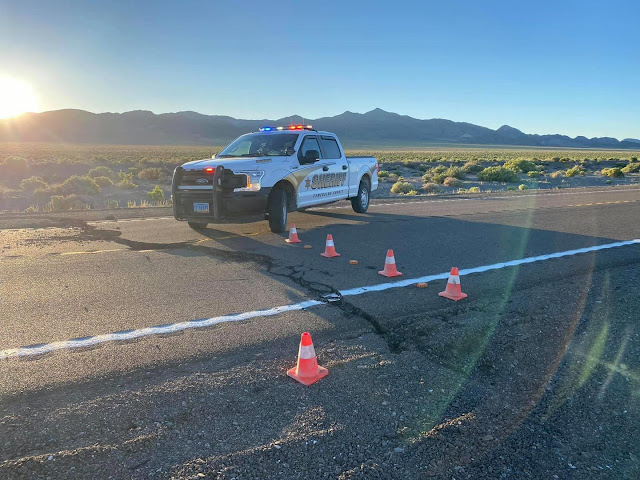 * ... JIM BURKE FORD: Well here is another sign of the times. The Jim Burke Ford dealership on Street was vandalized this past week to the tune of some $70,000. Apparently a homeless person took rocks and bricks to the showroom windows as well as damaging multiple new vehicles on the lot. 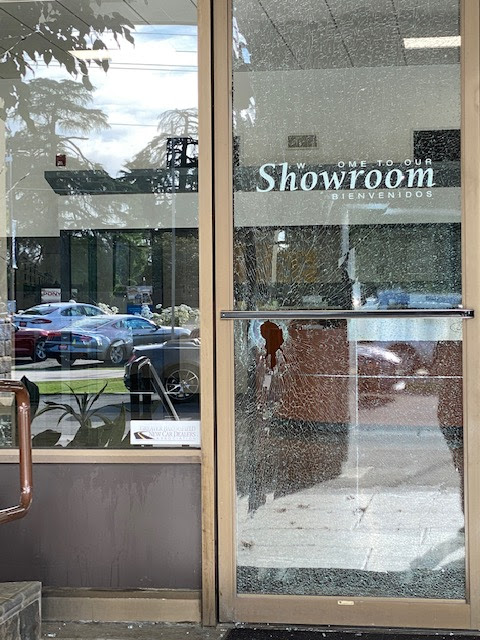 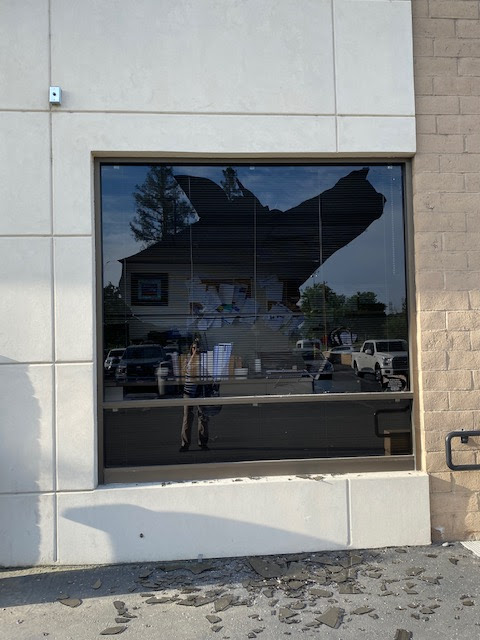 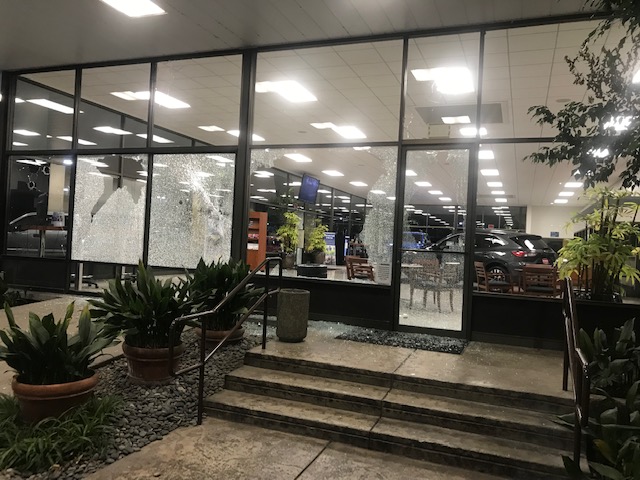 * ... MEMORIES: Who remembers the old River Theater, where Oildale teenagers of the 1960s would enjoy a matinee for just 25 cents Thanks to the Kern County of Old Facebook page for this nugget. 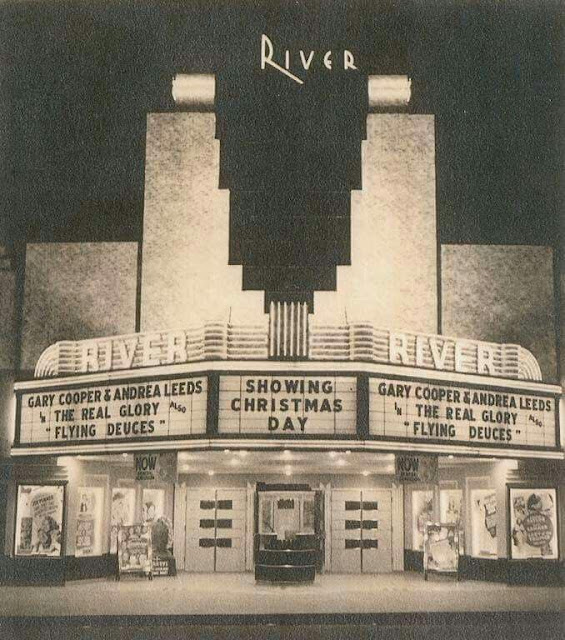 Posted by Richard Beene at 4:22 PM