Welcome to Bakersfield Observed. Our mission is to celebrate life in Kern County by focusing on newsmakers and events and the local characters who make this community such a special place. The views expressed here are strictly my own and do not represent any other company or publication.
* ... BREAST CANCER: Most breast cancers are diagnosed among woman over the age of 50 - most

often in the 55 to 65 age range - and Diane Nelson and Stacey Shepard are two witnesses to that. Nelson, a pharmaceutical rep, and Shepard, a writer at The Bakersfield Californian, will be sharing their story  Tuesday at CBCC at 5:30 p.m. in an “Ask Us Anything” format. And both will be guests on The Richard Beene Show today at 2 p.m. to share their experiences as a warning to others.
* ... BOB PRICE: Bob Price, the popular former editor at The Californian who has since joined KGET as a reporter, received a bit of hate mail at the station when a text referred to him as a "senile old fart." In typical Bob Price fashion, he joked in a post that he was surprised it took eight months in his new job to be criticized.

* ... TYLER WILLIAMS: Congratulations to Tyler Williams, a Bakersfield lad who has built an impressive career as a professional cyclist. Williams was among an elite group of racers who were named by USA Cycling to compete in the first ever UCI sports world championships. The event is scheduled to take place inDecember. Williams burst onto the professional scene after learning to ride (long and fast) with local cyclists who routinely ride into the foothills (Woody, Glennville etc) on the weekends. After a stint living and riding in Spain, he returned to the United States and made his home in Santa Rosa. Recently, Tyler and wife Brea welcomed their first child into the world. 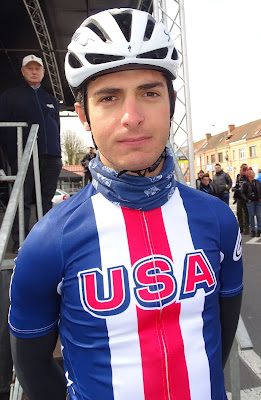 * ... HAPPILY MARRIED: And hats off to Chad Hathaway,  president and owner of Hathaway Oil, and wife Lindsay who were married this weekend in a small ceremony officiated by state Sen. Shannon Grove (R-Bakersfield).  Hathaway is a regular guest as an oil industry expert on both The Moneywise Guys and The Richard Beene Show on KERN NewsTalk 96.1/1180 AM. 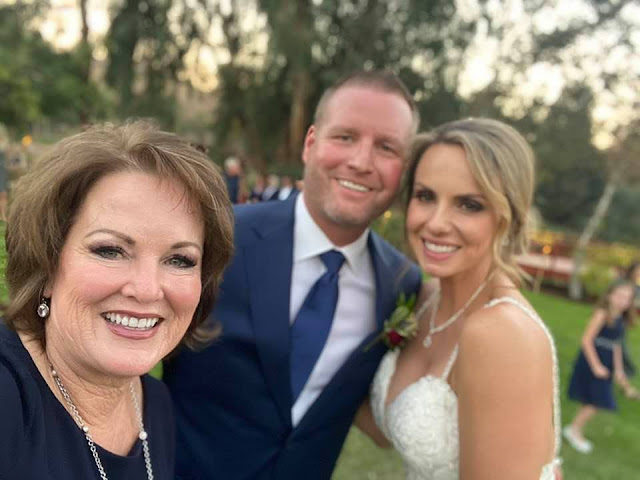 * ... LOGAN'S: Fire engulfed the old Logan's Roadhouse Grill on California Avenue Saturday morning and suspicions immediately focused on vagrants who have been using the building for shelter.

* ... MORE MEMORIES: And then there is this, a picture circa 1939 of loading bins of potato planter which fertilizes and plants potatoes in one operation. Photo by Dorothea Lange. 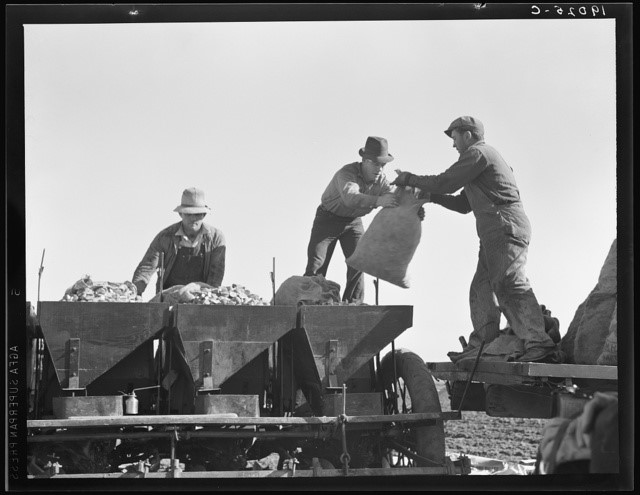 Posted by Richard Beene at 3:57 AM