Dementia patients are at a much greater risk to die from the coronavirus, it's time for Girl Scout cookies, Bakersfield police target 24th Street for traffic enforcement and remembering the space shuttle Enterprise

Welcome to Bakersfield Observed. Our mission is to celebrate life in Kern County by focusing on newsmakers and events and the local characters who make this community such a special place. The views expressed here are strictly my own and do not represent any other company or publication.
* ... DEMENTIA: There's some more bad news when it comes to the coronavirus: an exhaustive new

study shows that people with dementia are much more likely to be hospitalized, or even die, from Covid-19. The risk is so high, say researchers, that it defies some of the characteristics known as risk factors for people with dementia, including old age, obesity, diabetes and asthma. And worse: the same study shows that black people are three times as likely as whites to become infected with the virus.
* ... MORE COVID: Meanwhile a growing number of Kern County residents are getting their second shot of the vaccine, reflecting some of the early groups (frontline medical workers, police and firemen and paramedics. The Biden administration has promised to increase the supply of doses of both the Pfizer and Moderna campaigns, and there is hope that the new one-dose Johnson & Johnson vaccine will soon hit the U.S. market. And in a related story, it turns out the much maligned Russian vaccine, known as Sputnik V, is surprisingly effective, up to 92 percent effective in people 60 and over. Mexico has already ordered millions of doses of the Russian vaccine as have other South American nations. 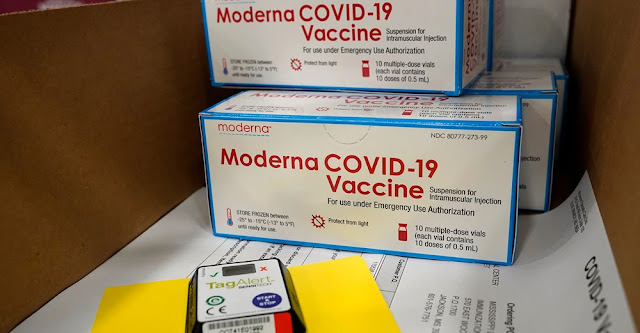 * ... VACCINES: And finally, the Centers for Disease Control had issued a report saying you no longer have to quarantine if you have both shots of the Pfizer or Moderna vaccine. The CDC did say, however, to be cautious once you are 90 days out from being vaccinated.
* ... SPOTTED ON FACEBOOK: "Y’all ever be just about to start eating healthy and accidentally buy 5 boxes of Girl Scout cookies?"
* ... SPEED TRAP: For the past two weeks Bakersfield police have been pulling over dozens of drivers for speeding along the newly widened 24th Street downtown. Police officers in both cars and on motorcycles are stationing themselves in the alleyways on the south side of 24th Street and pulling over speeders headed eastbound. 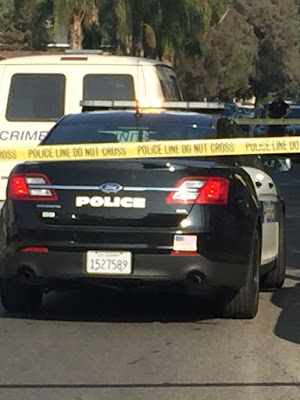 * ... SPOTTED ON TWITTER: "The White House confirmed that illegal aliens convicted of rape or assault will not be deported. Meanwhile, you can still go to jail for holding a church service."
* ... MEMORIES: This photo of the shuttle being ferried to Edwards Air Force Base is courtesy of the Kern County of Old Facebook page. The cutline: "On This Date, Jan. 31, 1977: The first Space Shuttle orbiter, Enterprise, arrived at Edwards Air Force Base, Calif. As many in the Antelope Valley witnessed, it was conveyed at 3-mph from Rockwell International’s assembly facility in Palmdale aboard a 90-wheel transporter. The unpowered version of the shuttle was housed at Dryden Flight Research Center in preparation for a series of ground, captive- and free-flight tests prior to the space launch program." 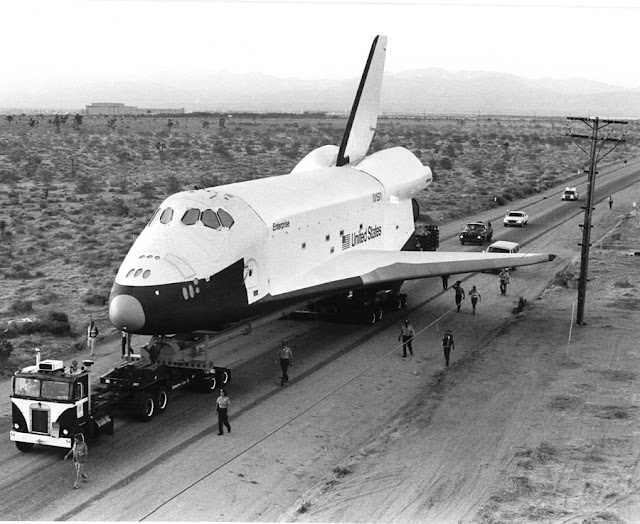