The District Attorney says Brookdale's skilled nursing facility is putting patients at risk, the Mission of Kern County administers Covid vaccines to the homeless and will Measure N money be diverted to rebuild neighborhoods?

Welcome to Bakersfield Observed. Our mission is to celebrate life in Kern County by focusing on newsmakers and events and the local characters who make this community such a special place. The views expressed here are strictly my own and do not represent any other company or publication.
* ... SENIOR LIVING LAWSUIT: The biggest story of the week came out of the Kern County District Attorney's office where DA Cynthia Zimmer announced a civil lawsuit against the owners of the

Brookdale Senior Living facility on Calloway Drive. The lawsuit target's Brookdale's skilled nursing facility which is alleged to have put profits over patient safety by prematurely discharging patients without notifying relatives and discharging people without proper medical protocol all while putting patients at great risk. "Brookdale took advantage of our most vulnerable population," she said, "and the families that were trying their best to take care of them, in order to increase their profits." The Tennessee-based corporate parent of Brookdale strongly denied the charges. The lawsuit is joined by three other counties, the city of Los Angeles and the state of California, alleging the company put patients at risk at 10 different facilities, including the Bakersfield facility on Calloway Drive. 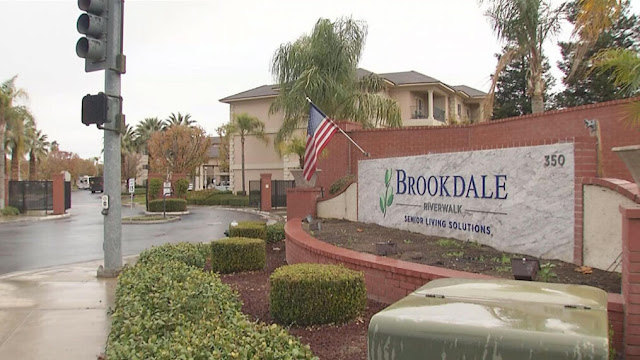 * ... MEASURE N MONEY: The Kern Taxpayer's Association is asking the City Council to allocate part of the $10 million a year in Measure N revenue to help revitalize depressed neighborhoods around town. Kevin Burton, head of the KTA board, spoke to the issue in an opinion piece in The Bakersfield Californian: "For years, Union Avenue has become one of the city's most dangerous streets for pedestrians and cyclists. Bakersfield should work with Caltrans to decommission Union Avenue and turn it into a local road so that the city can make investments in streetscapes, bus-rapid transit and active transportation. As we look east of Union Avenue, the city will face more complex projects. How will the city mitigate challenges presented by high-speed rail to Old Town Kern? How will the city address the formidable challenges facing the Martin Luther King and Cottonwood Road communities?" While all of that is beyond dispute, I disagree with KTA and Burton's stand on this. Measure N was narrowly approved by the voters who had been promised its primary role was to provide money to fight crime and hire more police officers while also supporting programs to reduce homelessness. At least where I live, those two issues - crime and homelessness - are still major problems. Let's address those two things before we divert money into other programs. 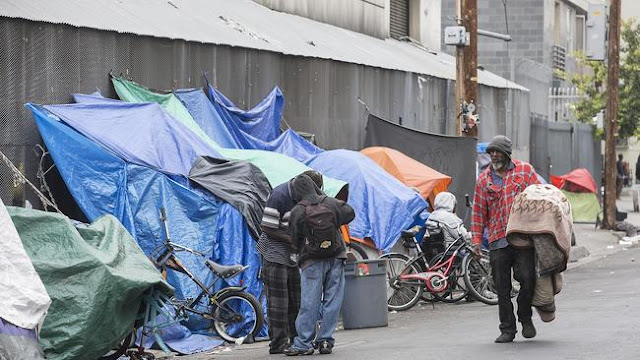 * ... SPOTTED ON FACEBOOK: "They say we can have gatherings of eight people without issues. I don't know eight people without issues."
* ... LAST MAN STANDING: The county-run vaccination program at the Kern County Fairgrounds will remain in operation "until the end," or until almost all eligible residents receive their inoculations. That's according to Kern County Chief Administrative Officer (CAO) Ryan Alsop who said the Fairgrounds operation is now administering 1,900 vaccines a day and that could go up if the supplies increase. Alsop said the county has avoided dipping into its emergency fund thanks to federal funding under both the Trump and Biden administrations.
* ... MISSION VACCINES: And speaking of vaccines, the Mission of Kern County vaccinated 97 homeless clients with the new Johnson & Johnson vaccine. Mission director Carlos Baldovinos said the J&J vaccine was used so the homeless recipients would not have to return for a followup shot in three or four weeks. If more vaccine can be ordered, Baldovinos said the Mission would conduct a second round of vaccinations. 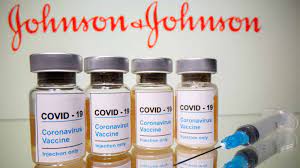 * ... MEMORIES: The Facebook group Kern County History Fans offered these old pictures, the first of Bodfish back in the day and the second of the old Western Hotel. Check out the guys on the donkey, one seated backwards. 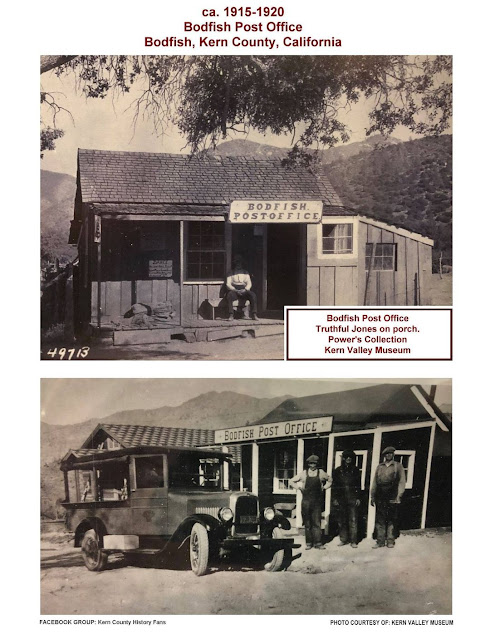 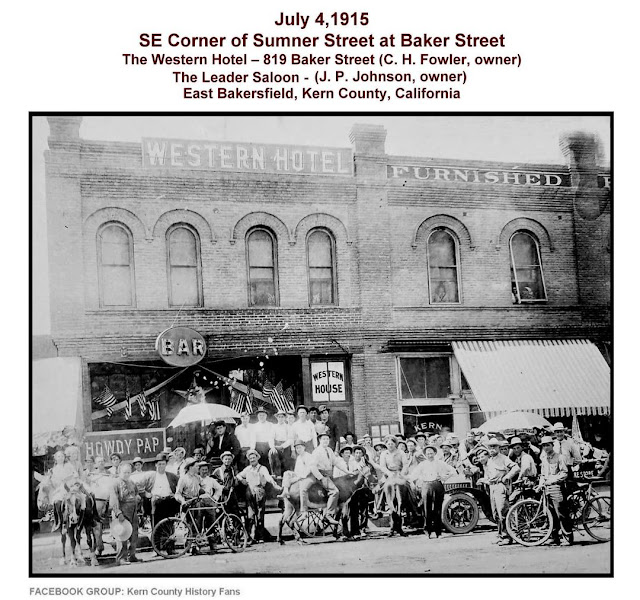 Posted by Richard Beene at 3:17 PM