American sees church membership plummet during this Holy Week, another utility pledges to destroy 11,000 palm trees in California, and pandemic eating proves a boon for DoorDash

<Welcome to Bakersfield Observed. Our mission is to celebrate life in Kern County by focusing on newsmakers and events and the local characters who make this community such a special place. The views expressed here are strictly my own and do not represent any other company or publication.
* ... CHURCH MEMBERSHIP: No, God is not dead in America but organized religion is starting to look that way. U.S. church membership was sitting at an impressive 73 percent back in 1937 and it stayed that way for the next six decades. But since the turn of the century in the year 2000, it has been on a steady

decline and today the number of Americans belong to a church is down to just 49 percent. Experts say the decline it due to the growing number of Americans who express no religious preference, and that number has jumped three-fold to 21 percent today. Not surprisingly, the decline in church membership is generational, with older Americans more likely to belong to a church than their children or grand children. 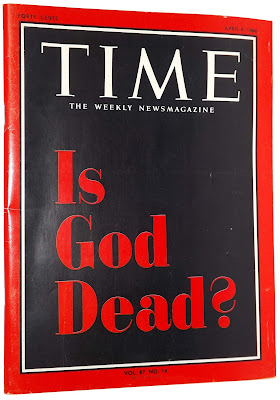 * ... SPOTTED ON TWITTER: "My spirit animal really could use a shower."
* ... PANDEMIC ORDERED: DoorDash and other delivery services did a gangbuster's business during the pandemic, and you might be surprised what we turned to for in-home dining. DoorDash said one it saw a huge increase in breakfast items ordered: iced coffee, sausage, egg and cheese, breakfast burritos, pancakes and French toast were among the items ordered. In addition, vegan and vegetarian foods were wildly popular, with black bean tacos seeing a 456 percent increase. Plant based burgers shot up 196 percent. The top cuisines ordered: Mexican, Chinese and Mex-Tex.
* ... PALMS: Utility companies seem hell-bent to rid California of our majestic palm trees. First there was the stink out at Rosedale Ranch where Pacific Gas and Electric is taking down stately palms, and now Southern California Edison has announced he will remove some 11,000 palm trees over the next two years to mitigate the risk of wildfires. The palms in question are in Santa Clarita, La Canada Flintridge, Malibu, Simi Valley, Santa Ana and Lake Elsinor. The work will begin next month. (photo courtesy of 23ABC News) 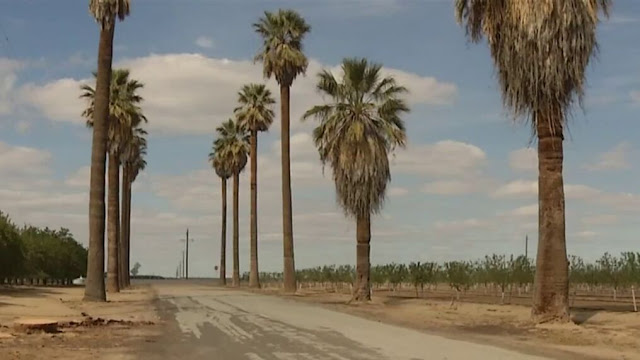 * ... TREASURE HUNT: Have you ever returned to Costco after a long absence and gotten lost, wondering where all the familiar items were? Well, there is a reason for that and insiders call it Costco's "treasure hunt" for customers. Every few months, the company changes the aisles to force customers to "relearn" the store layout and in the process force customers to stroll every aisle of the store. It's another reason you won't find aisles marked with signs indicating what items are located on that aisle; they want us to wander through the store like it was your first time.
* ... MEMORIES: From the Kern County of Old website comes this pictures of a couple of men playing cards on the boardwalk next to the Chinese Joss House on L Street between 20th and 21 Street around 1900. 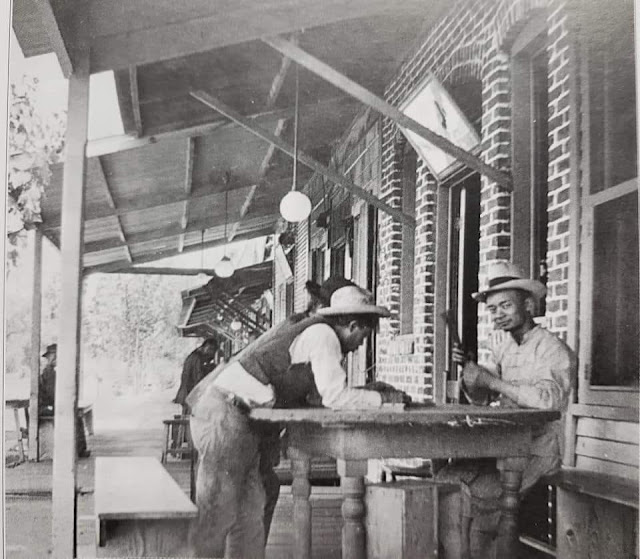