Jeremy Adams' essay :The Death of Gratitude in the American Classroom" speaks to the values of a new generation and a new America that is breaking with its past. Is that a good thing? One teacher poses that question ...

Bakersfield Observed presents this essay from Jeremy Adams, a teacher at Bakersfield High School. My thanks to Jeremy for allowing me to reprint it.
Like his father Jeremy Adams found his passion in the high school hallways of America, engrossing himself into the challenging, sometimes disheartening but always uplifting discipline of teaching teenagers in high school. But over the years Adams says something has changed, and it's the way young men and 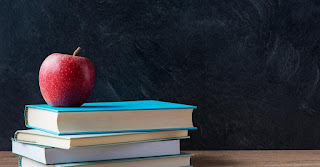 women look on the world: how they view themselves and others, how they view the world, how they view concepts of sacrifice and patriotism and the all important "self." In this remarkable essay, Adams questions whether we have seen the death of gratitude in the American classroom. What happened to all the personal notes at the end of the year, the inevitable connections between student and teacher? As a teaser, one excerpt from the essay:
"But post-Christian young Americans may ask, “Why exhibit gratitude for a life that I didn’t ask for?” For many of them, existence seems little better than nonexistence, because much of life seems absurd. They conclude that the creator of such absurdity must be unworthy of worship and praise, much less gratitude.
"Many still tepidly like their nation, but the trend lines are not good. Increasingly, they do not say the Pledge of Allegiance or stand for the national anthem. They think patriotism is a virtue of the uneducated and naïve, who don’t know the “true history” of America popularized by Howard Zinn and the 1619 Project. They think invoking the Founding Fathers is bravado. They see our national celebrations as acts of hubris that “whitewash” a history of genocide, slavery, and colonialism.
"They reject the traditional American narrative about the Declaration of Independence and the Constitution: the one a radical statement of universal justice, the other an attempt to institutionalize those principles in a democratic republic. For many of my students, their allegiance is not to “the republic,” but to “social justice,” “equity,” or battling “systemic racism.” Ironically, they do not see how their own commitments are rooted in American idealism. Whether they know it or not, when they march in the street or bemoan unequal treatment, they are ultimately appealing to natural law, channeling Jeffersonian liberalism, and celebrating the constitutional principles of the fourteenth Amendment. 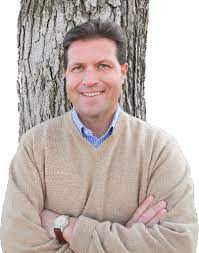