The Post Office takes out drop boxes citing theft and problems with the homeless, dog and cat food is in short supply at grocery stores around town and remembering the time that Babe Ruth made a stop in Bakersfield, or did he?

Welcome to Bakersfield Observed. Our mission is to celebrate life in Kern County by focusing on newsmakers and events and the local characters who make this community such a special place. The views expressed here are strictly my own and do not represent any other company or publication.
* ... THE INDIGNITY: Nobody in Kern County needs to be reminded of how out of control homelessness is here, or how our City Council and others have simply failed to make a measurable dent in the problem despite millions of dollars spent. While some in the homeless effort applaud a handful of once

homeless now residing in apartments, the drumbeat of crime, trash, harassment and inconvenience is piled at the doorstep of our citizens. Businesses are trashed, neighborhoods are invaded by swarms of drug addicts and the mentally challenged, and little changes. Want more proof? Citing theft and safety, the U.S. Post Office has now taken out postal drop boxes at the downtown postal facility and other facilities, the latest indignity caused by rampant crime and homelessness that we have allowed to grow worse daily. (photo behind the downtown Post Office where drop boxes once stood) 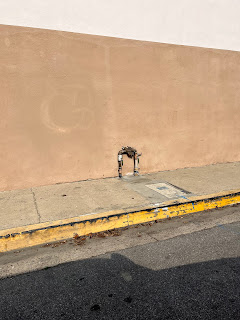 * ... EMPTY SHELVES: The ongoing supply chain issues coupled with grocery stores struggling to retain employees has led to the empty shelves around town. The shortages seem to affect almost all items, including chicken and meat and in many places, pet food. Both dog and cat food are in short supply across the nation and when you can find it, the prices have skyrocketed. Said Fox Business: "The continuing shortage of aluminum and shipping issues have led to shortages in dog and cat food across the country, with several local papers reporting bare shelves at the pet stores. According to Fox Business, even big retailers like Target and Amazon are facing shortages of pet food, leaving many pet owners scrambling for their furry friends’ staple food and treats." 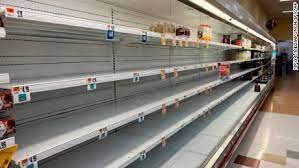 * ... CUTTING THE  CABLE: Paying for cable television is going the way of the typewriter as thousands of Americans turn in their cable boxes for app-based streaming services. As recently as a decade ago, fully 85 percent of all U.S. households subscribed to cable whereas now the percentage is closing in on 50 percent.
* ... SUPERVISOR RACE: One of election campaigns to follow this year will be the race to succeed Mike Maggard in District 3 on the Board of Supervisors. Jeff Flores, Maggard's longtime aide and a trustee on the Kern High School District, announced his bid this week, following former CHP officer Brian Smith and former homeless center director Louis Gill. The office is bipartisan in name only, and it will be interesting to see how the election breaks down between the Republican Flores and the Democrat Gill, both of whom enjoy widespread name recognition. Smith, for his part, wanted to run for sheriff but opted for District 3 when Donny Youngblood announced he was running for reelection. Gill also wanted to run for another office - the congressional seat held by Rep. Kevin McCarthy - but opted to enter the supervisor's race at the last minute. For his part, if it is worth anything at all, Jeff Flores is the only candidate who has been consistent about what role he wants: District 3 supervisor. (photo of Flores) 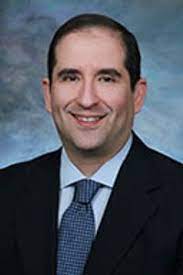 * ... KEVIN HART: Comedian Kevin Hart has apparently grown found of Bakersfield, or at least the historic Fox Theater downtown. After holding two sold out concerts last week, the comedian has announced he he returning to the Fox on February 4, apparently using the Fox to rehearse a new act. 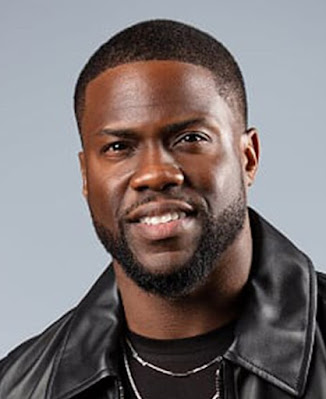 * ... BABE RUTH: Did you know Babe Ruth came to Bakersfield in 1919 to play an exhibition game? At least that appears to have happened according to an old newspaper clipping that heralded the Boston slugger's trip out west. The Los Angeles Evening Herald reported on its front page that Ruth was visiting Los Angeles but also planned to make side trips to San Diego, Santa Barbara and Bakersfield. Did the Babe ever make it to Bako? 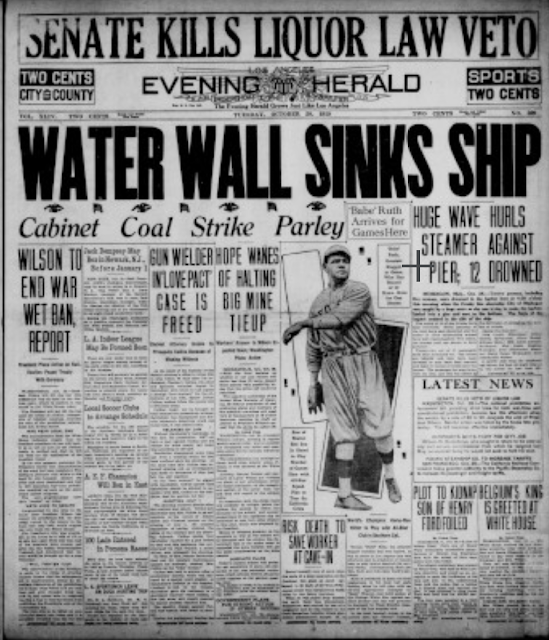 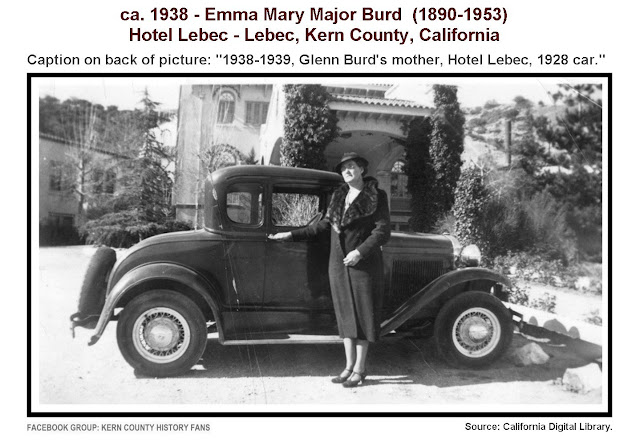 * ... MORE MEMORIES: And for our friends over at KBAK, how about this trip down memory lane? 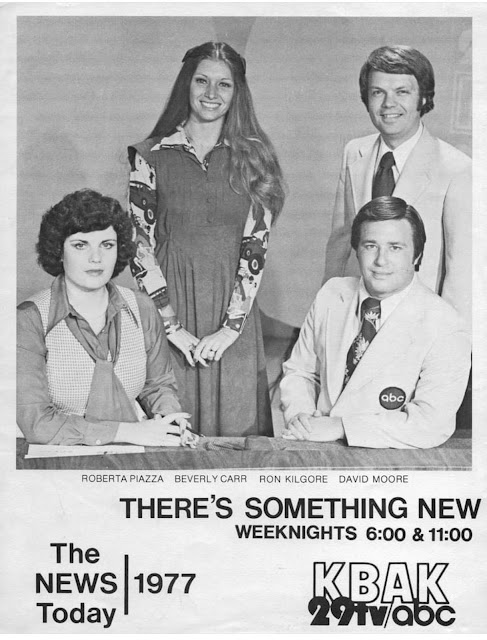