Rep. Kevin McCarthy distances himself from a Republican congresswoman who spoke at a white nationalist meeting, Bakersfield cops warn cyclists about wild dogs on the Kern River Parkway and are you willing to dig into your own pocket to save the Baker Street rail depot?

Welcome to Bakersfield Observed. Our mission is to celebrate life in Kern County by focusing on newsmakers and events and the local characters who make this community such a special place. The views expressed here are strictly my own and do not represent any other company or publication.
* ... KEVIN MCCARTHY: Rep. Kevin McCarthy, seemingly on track to become the next Speaker of the House following the mid term elections, has found himself in a pickle while trying to defend the actions of Georgia Rep. Marjorie Taylor Greene. Greene spoke at the white nationalist America First

Political Action Committee this week, forcing McCarthy to distance himself from Greene while saying there was "no place in our party" for white nationalist sentiments. (Greene later disrupted the State of the Union address by trying to interrupt the president's speech with loud outbursts) But Rep. Alexandria Ocasio-Cortez would not let McCarthy off the hook, saying McCarthy "has been protecting his little KKK Caucus for years with these toothless statements and meetings.... He's now helped them for so long they've escalated their open antisemitism and collaboration with white nationalist groups. He is just as culpable." There appears little doubt that the Republicans will sweep the mid terms and elevate McCarthy to speaker. The wild card is the right wing fringe of his party, embodied by people like Taylor Greene, who don't trust McCarthy and who have proved impossible to control. 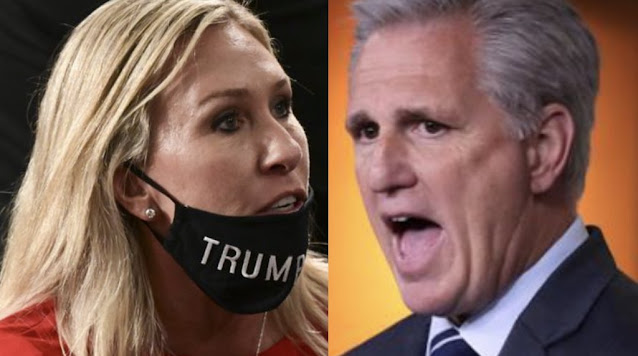 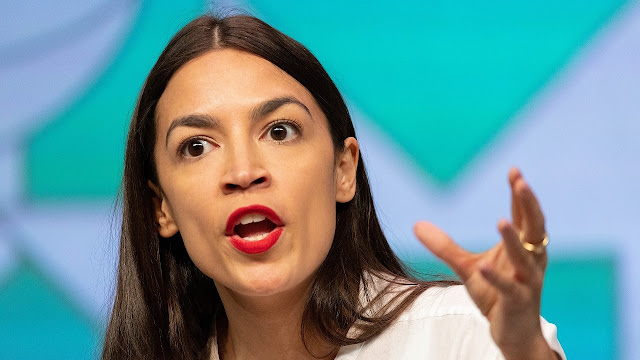 * ... INFLATION: Get ready to pay more for just about everything as the crisis in the Ukraine aggravates an inflationary spiral that is raising the cost of everything from doughnuts to hotel rooms. A survey in The New York Times revealed that companies are taking advantage of hot consumer demand by raising prices on just about everything, particularly in restaurants and other retail establishments. Outback Steakhouse is planning to raise prices about 5 percent to cover rising costs and Shake Shack is also planning to raise its prices to offset inflationary pressures.
* ... SIGN OF THE TIMES: It must be infuriating to work in the energy sector and witness how the U.S. is now importing 600,000 gallons of Russian oil daily just to meet our energy needs. This, of course, stands in sharp contrast to the energy independence that the U.S. . enjoyed under former President Trump. That led to this provocative billboard in Times Square. 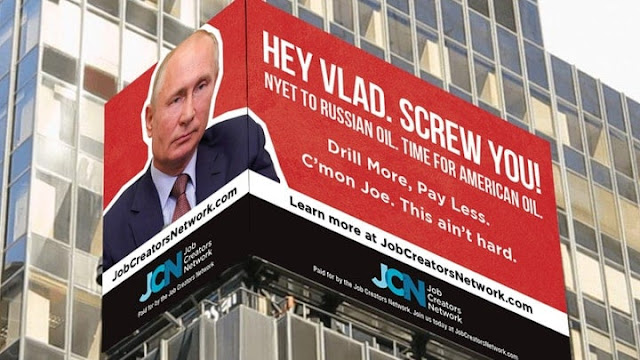 * ... RAIL DEPOT: So what do you think about the effort under way to use tax dollars to save the old Southern Pacific Railroad Depot on Baker Street? Sounds like a good idea, right? Historic preservation, honoring the past, resisting the California urge to demolish historic structures... all good so far. But is this a reasonable project worthy of our time, or is this just the latest shiny object that has caught the attention of Ward 2 Councilman Andrae Gonzales and others who are blinded by the possibility of what the depot could be? On the one side you have preservationists who believe this is a worthy, if expensive, project. And then you have critics who argue that Ward 2 is a mess already, awash in homelessness, downtown businesses are under almost daily assault by vandals and crime, and they point to the Kern River Parkway (much of it in Ward 2) that has become one long winding homeless encampment. If the city can't control the homeless in our parks, the argument goes, what makes us think we can save a depot that - like it or not - is located in a distressed area already challenged by crime and homelessness? One thing is sure: people who use the bike path and see the mess on the parkway are fed up, and are asking why more is not being done to clear the parkway so runners and cyclists can use it without fear of assault. And they ask themselves: why are we focusing on other risky expensive projects when we have failed so miserably to keep the parkway safe? And lastly there is this: depot supporters want you to pony up your own money, via a GoFundMe account, to save the project. Good luck with that. 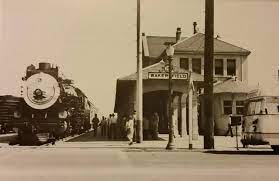 * ... DID YOU KNOW? And speaking of the bike path and Kern River Parkway, did you know the problem with crime and stray dogs has become so serious that Bakersfield police officers are now stopping cyclists to actually warn them about the chances of being bitten by a dog? It happened twice in the last month by grateful cyclists who rarely ride the path now without pepper spray and other weapons (yes, some cyclists carry firearms) to protect themselves from both dogs and the tweakers who roam the paths. 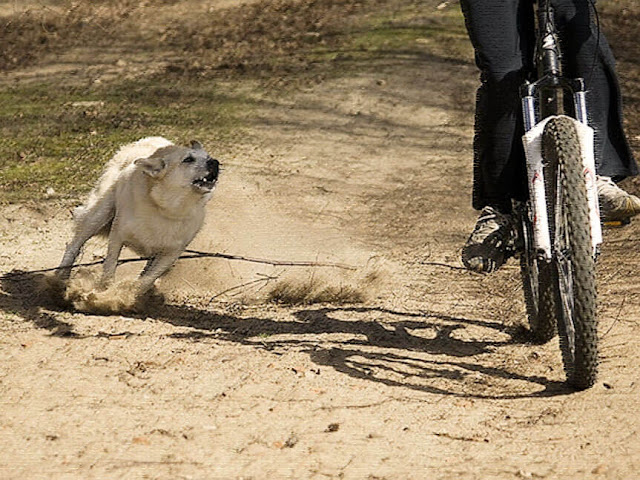 * ... MEMORIES: Enjoy this old advertising piece from Snyder's bicycle shop from back in 1914. 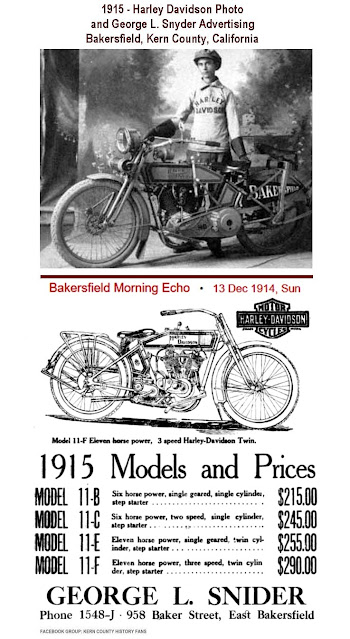