The city embraces the Bakersfield marathon, the DeStafani family mansion on Buena Vista burns to the ground and the owners of Cafe Smitten on 18th Street plan to open a bar across the street in the old Dott & Ott

Welcome to Bakersfield Observed. Our mission is to celebrate life in Kern County by focusing on newsmakers and events and the local characters who make this community such a special place. The views expressed here are strictly my own and do not represent any other company or publication.
* ... BAKERSFIELD MARATHON: Another Bakersfield Marathon is in the books and along with it the gripes and complaints of some residents about all the street blockages. Others, perhaps cynically,

wondered if it was a mere coincidence that the Kern River bike path was repaved and restriped just days before the marathon, not to mention all the homeless encampments that were destroyed in the week before the race. So did the city spruce up the bike path and clear the homeless encampments just for the marathon? Or are folks just being cynical? And my friend Joseph had this to add: "Explain this to me. How have I never been able to get BPD to respond to a crime in progress but there can be multiple officers on every corner for this marathon? They are even on the bike path. Maybe if they did this all the time we wouldn’t have the problem in the river that we do."
* ... BUT IT WORKS: Ini spite of all this, the marathon in its short life here has found its way into the collective heart of the city. Neighborhoods turned out to greet the runners, hundreds of recreational runners took park in shorter distance run and despite the traffic snarls, it is an event that adds to the richest and diversity of our community.  And hats off to the sponsors among them Dignity Health, Chevron, Jim Burke Ford, Buck Owens Crystal Palace and 23ABC. 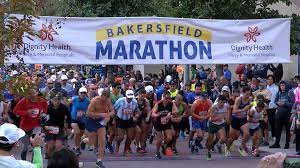 * ... SPOTTED ON TWITTER: "I had no idea I had a gift for doing EVERYTHING wrong until my daughter became a pre-teen and decided to graciously point it out.'
* ... NEW PLACES TO DRINK, EAT: There is a lot of activity in the local restaurant scene as Bakersfield comes out of the pandemic and people start resuming more normal lives. Shai Bitton, one of the owners of the popular Cafe Smitten coffee houses, revealed he has leased the space on 18t Street that once house Dott & Ott and will open a bar there later this year. And the main bartender at The 1800 restaurant and lounge, a Spanish gentleman named Cristo, is planning to open an authentic Spanish tapas bar over near the Locale farm to table eatery across from the downtown post office. 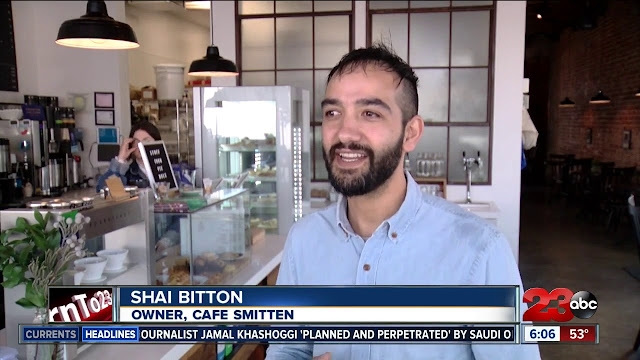 * ... FIRE GUTS HOUSE: If you have ever driven out west on Buena Vista, headed toward the coast, you no doubt have seen the large home with multiple towering pines out near Independence High School. Well it turns out that house, owned by the DeStefani family, caught fire this past weekend and much of the huge mansion was lost. Authorities later arrested a suspect. No word yet on the full extent of the damages. 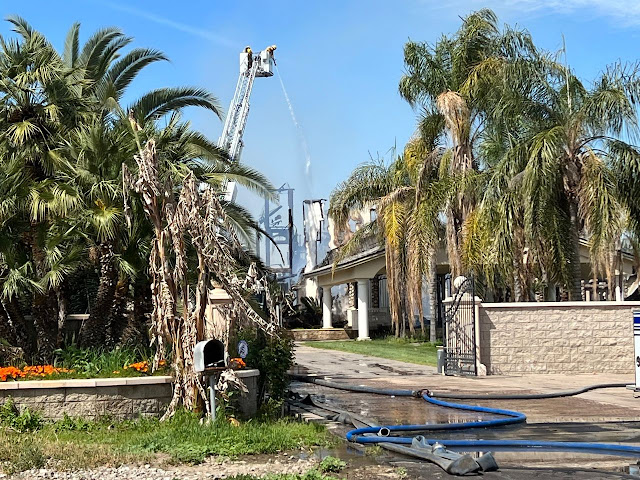 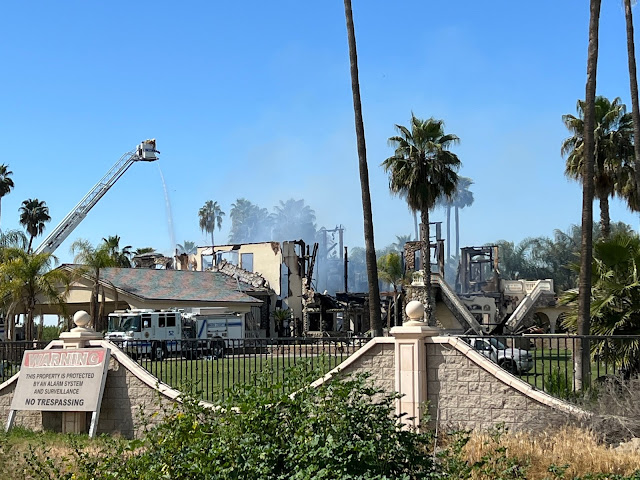 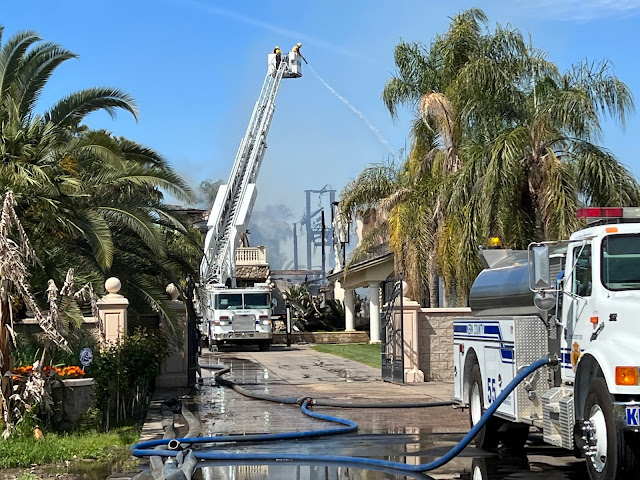 * ... PRIEST ABUSE: Have you noticed the rash of TV advertisements by a law firm looking for people who have been abused by Catholic priests? Run and paid for by the Minnesota-based firm of Jeff Anderson and Associates, the spots begin by showing the dangling feet of a young man, presumably in church, while in the grainy background a priest walks in, setting up a scenario in which the viewer believes something sinister is about to happen. As it turns out, the law firm is already representing two men who claim they were sexually abused by former priest Craig Harrison, who left the church under a cloud of accusations. One unidentified man claimed he was between 15 and 17 years old when he was abused by Harrison in Firebaugh in 1993-1995 and the other claimed Harrison abused him when he was around 13 years old back in 1990 at St. Francis. Those lawsuits are pending and will soon be heard in civil court. Harrison was put on paid leave by the Diocese of Fresno in April of 2019, he later filed a defamation suit against the Diocese (it was dismissed) and Harrison has since left the church and surrendered his priestly duties. Harrison cannot face any criminal charges because of the statute of limitations, but he does face multiple civil lawsuits that seek to hold him accountable. 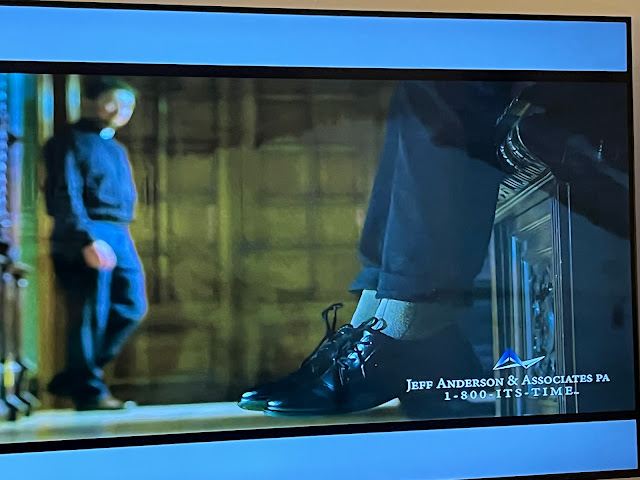 * ... MEMORIES: Enjoy these old photos courtesy of our friends who maintain the Kern County History Fans Facebook page, that posts so many wonderful memories. 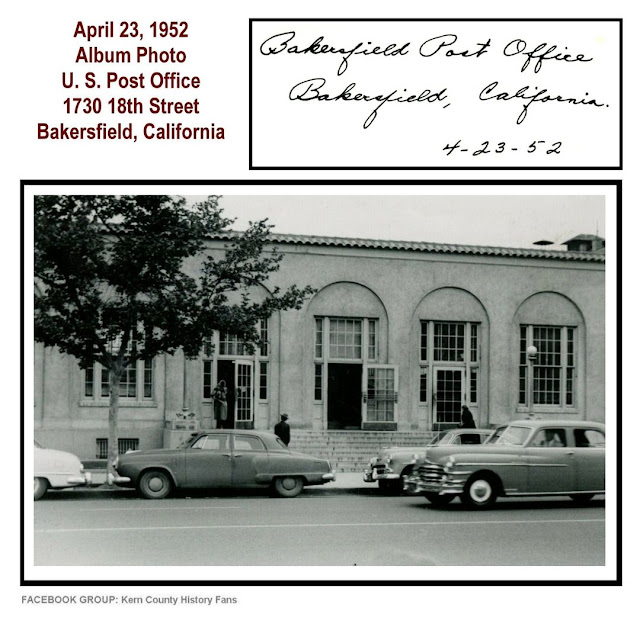 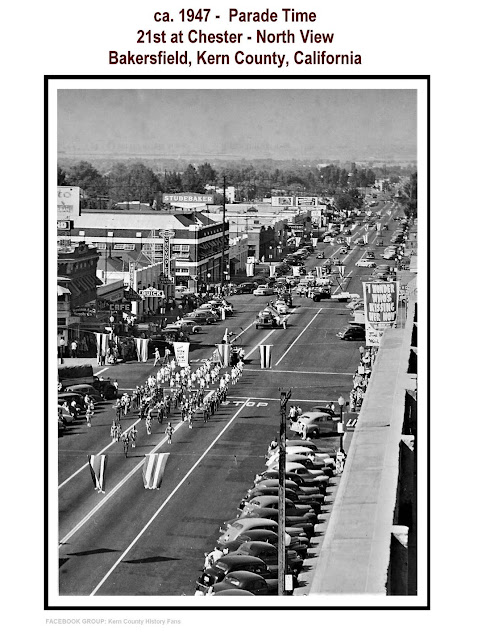 Posted by Richard Beene at 4:03 PM