The homeless are rousted out of their camps along the Kern River but then promptly overwhelm the Garces Circle, the old Tam 'O Shanter restaurant in up for sale and the curse of graffiti and vandalism throughout our town

Welcome to Bakersfield Observed. Our mission is to celebrate life in Kern County by focusing on newsmakers and events and the local characters who make this community such a special place. The views expressed here are strictly my own and do not represent any other company or publication.
* ... BIKE TRAIL TRASH: It was good to see some movement, however small it was, to destroy some of the homeless camps that have cropped up along the Kern River Parkway bike path. Hundreds of homeless live in the dry riverbed,  primarily between Beach Park and Manor but also west of there all the out to the Park at Riverwalk. The city's homeless task force occasionally moves in to remove the camps - after posting warnings to give the homeless time to move - and invariably the homeless return, often

leaving a bigger mess than they did previously. But the move to enforce no camping ordinances is all we have, and it is good to see it being enforced. These signs went up last week, warning "residents" that they were about to be disrupted. Its a good start but if the past is a pattern, the vagrants will return to their camps within days of being ousted. 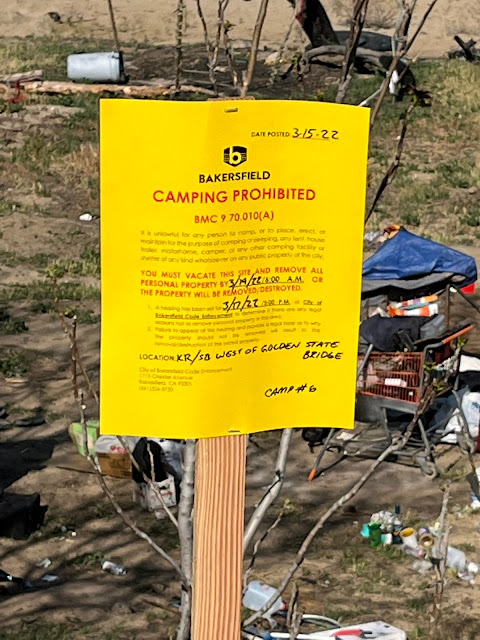 * ... THE TRASH OF OUR TOWN: And in the midst of our homeless crisis our city continues to operate as the personal toilet bowl of so many of those who live among us. The Garces Circle is a prime example of a place that has become a favorite campaign ground for the homeless. There are few other eyesores as visible as under the Garces Circle underpass where literally dozens of vagrants gather. This past weekend reader Steve Loftus passed the circle on his way to the Kern County Museum and he sent this email to Mayor Karen Goh: "This afternoon after attending the opening of the Bakersfield Sound exhibit at the Kern County museum, I had to misfortune of driving south on Chester Avenue to the Garces Circle. The sites of the vagrants and mentally ill and the litter and the destruction is absolutely unbelievable. Recently, the councilman whose district the circle is in was beside himself because there is more grant money coming to the city to clean up this area. Why is grant money needed? Why isn't law enforcement and code enforcement taking action using existing city ordinances and laws? What an absolute disgrace for anyone attending this event coming from out of townand driving to the beautiful museum and seeing this wonderful exhibit but having to drive the Garces Circle which is basically become Bakersfield's skid row with everyone in city government looking at it every single day and taking no action. Why is no action being taken against the people that are vandalizing the park property within the Garces Circle? If I drove my car onto the lawn there's no doubt in my mind the Bakersfield Police would issue me a citation. Today when I drove by there was somebody raking all of the bark out of the bushes at the circle and yet there's no law enforcement contact with that person. Are the lawless vagrants in Bakersfield not subject to existing laws and city ordinances? Why isn't the city enforcing ordinances and state law? This should be done even without the for coming grant." To her credit, Goh responded to Loftus and told him the city was working with Caltrans on some fencing at the circle that could help resolve the issue. (photos by Steve Loftus) 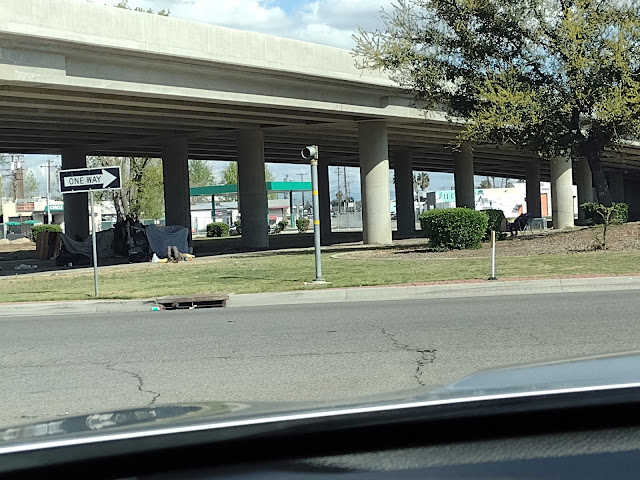 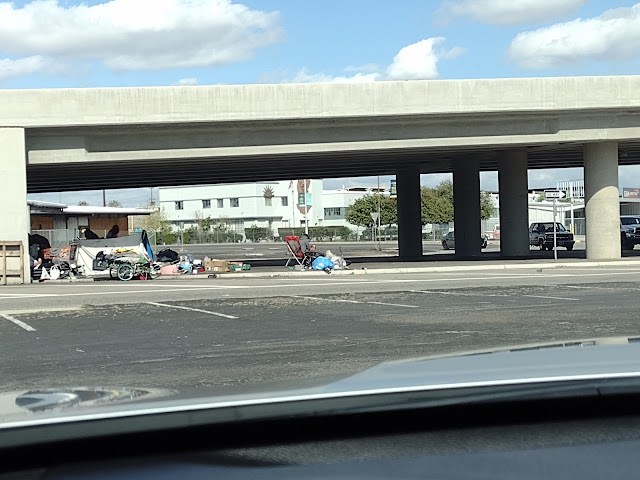 * ... THE SHAME: Meanwhile, I snapped these pictures during a leisurely stroll downtown on Sunday morning. Just another example of out of control crime, graffiti and vandalism that has beset Ward 2 on the watch Councilman Andre Gonzales. 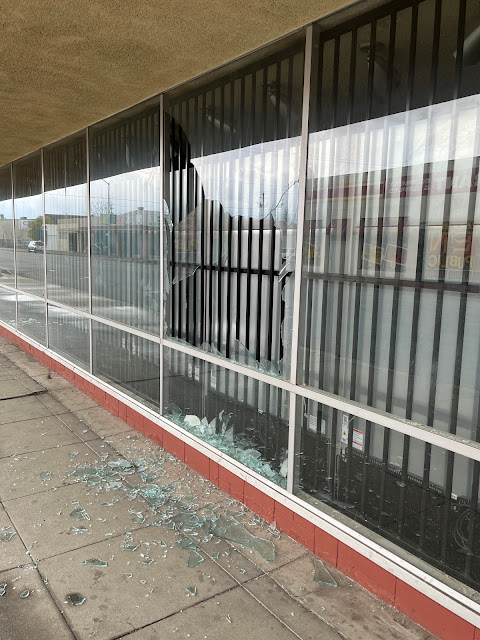 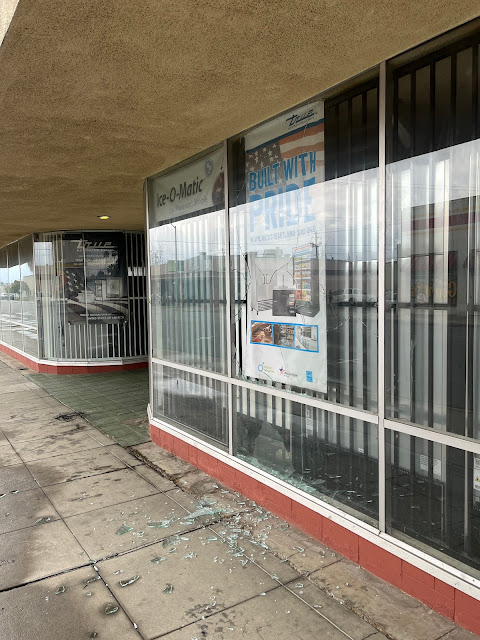 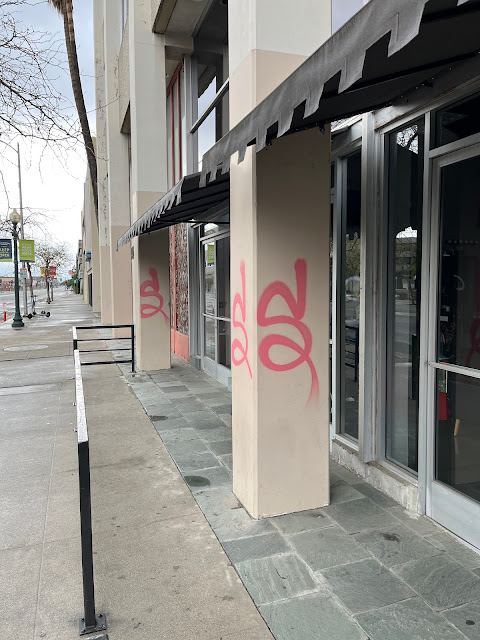 * ... OVERHEARD: Everyone has two lives; the second one begins when you realize you only have one.
* ... A PIECE OF HISTORY: A piece of local history went up for sale last week when the old Tam 'O Shanter restaurant went on the market. A mainstay of the La Cresta area and east Bakersfield back in the day, the Tam 'O Shanter on Alta Vista was once one of Bakersfield's fanciest restaurants and drew a virtual who's who of Bakersfield. Contact Mikaela Cadena of the Bernal Real Estate Team
(c) 661-201-3807 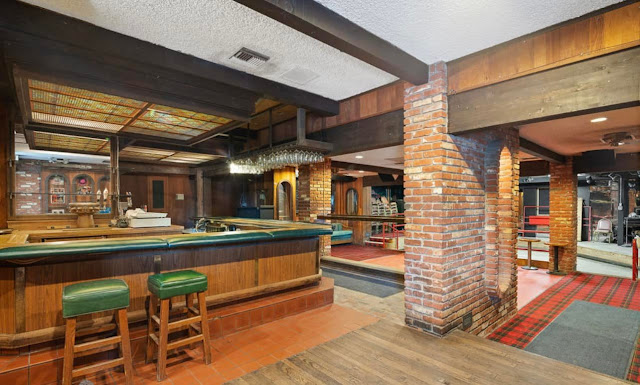 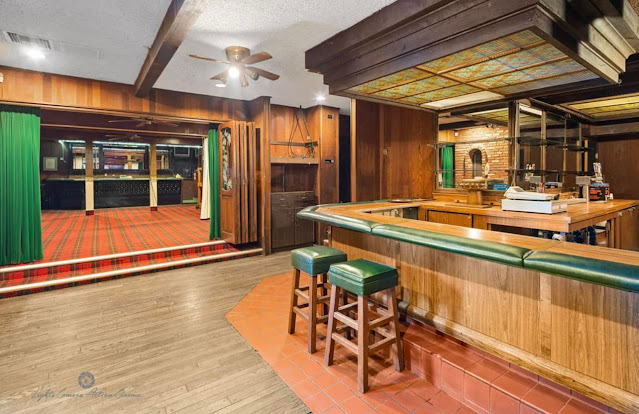 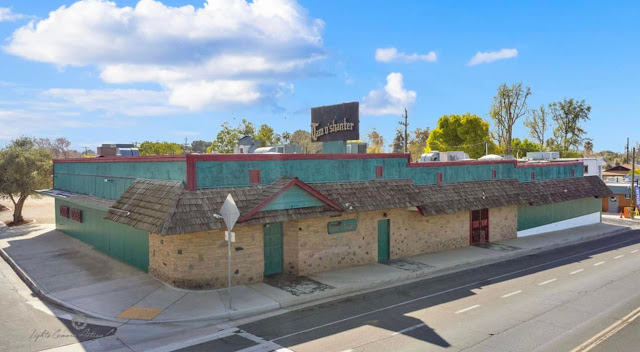 * ... TOMMY'S PIZZA: The hottest new restaurant in town is Tommy's Pizza, operating out of Imbibe Wine and Spirits and the brain child of Thomas Benham, son of California columnist Herb Benham and his wife, former city councilwoman and Dignity Health executive Sue Benham. A classically trained chef at Chez Panisse in Berkeley, Benham is focusing on homemade crust and custom pizza that have no equals about town. With virtually no advertising (he doesn't yet have a business phone number or website) Tommy's Pizza has already won the hearts of local diners in the two short weeks he has been open. 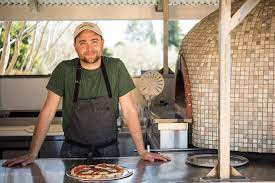 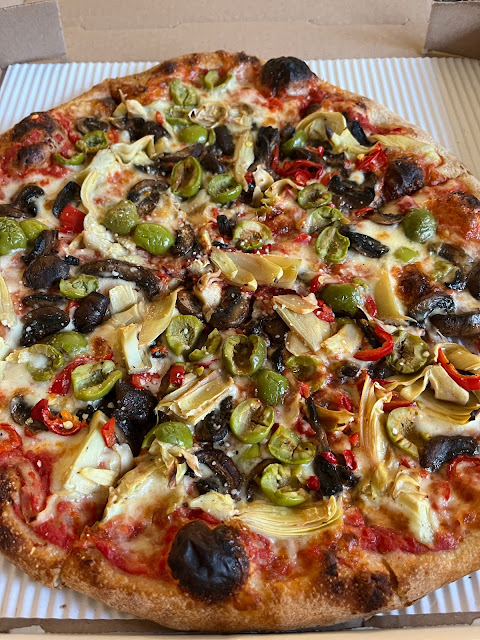 * ... MEMORIES: Another terrific post from Art Moore at the Kern County History Fans where these "then and now" shot were posted showing Chester Avenue looking south toward the clock tower before it was destroyed after the 1952 earthquake. 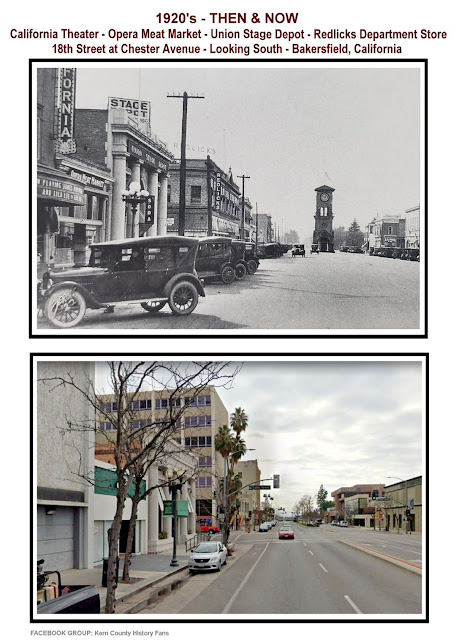