Critics attack Rep. Kevin McCarthy as a "liar" and a "traitor" for lying to protect former President Trump, researchers work to bring the Monarch butterfly back to Kern County and CSUB loses two ranking executives to other schools

Welcome to Bakersfield Observed. Our mission is to celebrate life in Kern County by focusing on newsmakers and events and the local characters who make this community such a special place. The views expressed here are strictly my own and do not represent any other company or publication.
* ... ON TRUTH, LIES AND AMERICAN POLITICS: So what is your take on Kevin McCarthy after he was caught lying about whether Donald Trump should resign after the Jan. 6 riots at the nation's

Capitol? Do you care? Does it mean anything in the grand scheme of things? Or perhaps are you one of those who believe "they all lie" so what's the big deal? Or, are you among those Americans who believe McCarthy has entered some type of Faustian pact with the devil to achieve power at any cost, proving himself a "liar" and a 'traitor" and so much worse. Dan Balz of The Washington Post believes the worse, and he penned a damning essay saying McCarthy had "demonstrated weakness, hypocrisy and a willingness to lie to save his skin," and that was one of the kinder things written about the Minority Leader from Bakersfield. McCarthy initially denounced reports that he considered asking Trump to resign as so much political noise from Democrats, but that was before two Post reporters produced audio tapes catching McCarthy in a brazen lie. "I think this (impeachment) will pass and it would be my recommendation you should resign," McCarthy is quoted as saying. So what does all this mean about the man known affectionately locally as KMAC? The criticism goes like this: McCarthy recognized Trump's role in the Jan. 6 riot and was ready to call for him to resign, but he quickly changed his story to appease Trump and Trump's supporters whose support he needs to be elected speaker of the House. And yet here's the hard truth in all this: in his quest to become Speaker, McCarthy has managed to alienate damn near everyone. While McCarthy remains popular with many rank and file Kern County Republicans, the Trump wing of the party is openly hostile to McCarthy, viewing him as an opportunistic player who can't be trusted. And no where is that truer than in his own district, where the Trump GOP base has been suspicious of McCarthy for years and doesn't hesitate to attack him on local talk radio or in letters to the editor. He's not conservative enough, they say. He's an opportunist who will say and do anything for power, they whisper, a RINO (Republican in name only) who proved he is no friend of Trump. And among more moderate Republican voters, many are openly disgusted with they way McCarthy has chosen to sell his soul just to become speaker. If you can't speak the truth about a riot at the Capitol, the ask, what does that reveal about your true character? But remember, this is politics and it is the year 2022 and we are midway through President Biden's term, so does a lie to protect Trump really matter with so much at stake? One thing remains true: there is no doubt McCarthy will be reelected and he will win many Republican votes even if they remain suspicious of him. As tarnished as he is, McCarthy will always be seen as the better alternative than a Democrat in Kern County. But let's not forget this: reputations take decades to build through trust, hard work and honesty, but they can be lost in an instant. The world of politics and entertainment are strewn with the fallen reputations of people who once could do no wrong. McCarthy will likely become the next Speaker of the House, but in doing so he just may lose part of who we thought he was. 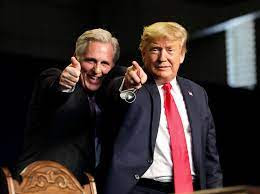 * ... SPOTTED ON TWITTER: "Good morning to everyone—and especially to the person who recorded Kevin McCarthy!"
* ... MORE MCCARTHY ON TWITTER: "Missing: one moral compass containing truth, transparency and the ability to put your country before personal ambition. If found return to Kevin McCarthy at the House Minority Leader's office."
* ... MONARCH BUTTERFLY: One of nature's grand spectacles every year is the annual migration of the Monarch butterfly. No long ago the Monarchs would descend on Bakersfield by the thousands, but today researchers are worried all that may be coming to an end. Californian writer Steven Mayer took the subject on the other day and noted that the monarch population fell to some 2,000 in the year 2020, a drastic 99.9 percent decline from the 1980s. But today Mayer explains a ground of volunteers has been working the Panorama Vista Preserve and seven other riparian locations to try to save the monarch. Will it work? It's too early to tell. Why is the monarch population down? Mayer cited experts as saying it is due to loss of overwintering, breeding and migratory habitat, climate change, disease and insecticides. 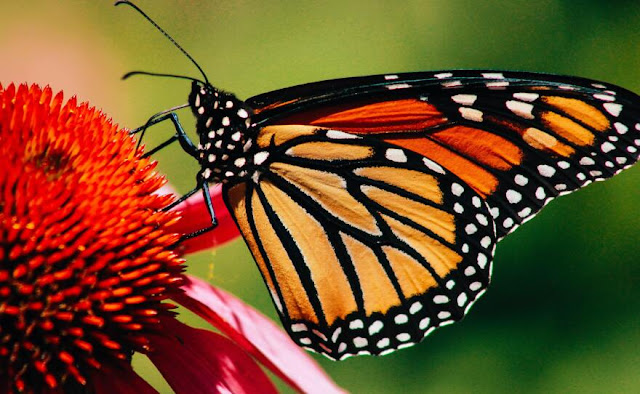 * ... CSUB EXODUS: Cal State Bakersfield lost two important executives recently to other universities when chief fund raiser Victor Martin and Athletic Director Kenneth Siegfried announced they were leaving. Siegfried, who had spent the last decade at CSUB, is becoming Athletic Director of the University of Evansville, a small Division 1 private school in Indiana. Martin, vice president or development, leaves for a similar position at the University of the Puget Sound. Martin set fund raising records while at CSUB, raising some $60 million in support of students. “We’ve celebrated our largest fundraising totals as an institution in the last few years, and community and alumni engagement are at an all-time high,” Martin noted. “Above all, I’m most proud of the team that has been built in University Advancement and the strong engagement with the Foundation Board of Directors.” 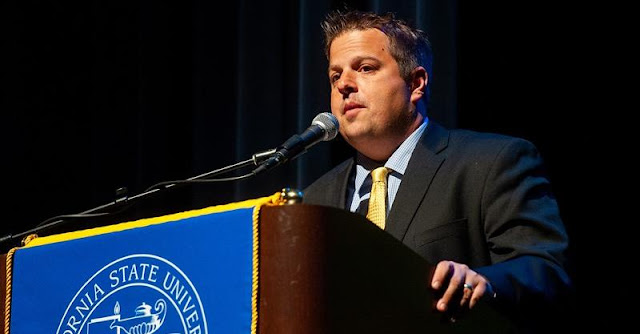 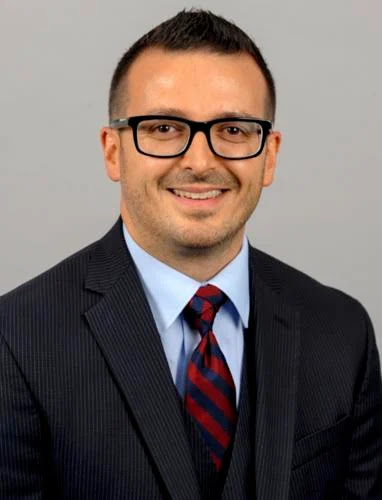 * ... JEFF FLORES: The campaign to elect Jeff Flores to the District 3 seat on the Board of Supervisors got a boost last with a fund raiser at the home of local criminal defense attorney David Torres and his wife Angie. Flores is running against retired CHP officer Brian Parks and former homeless executive Louis Gill. Among those present were Jimmy Tamsi of the Hispanic Chamber of Commerce, Michael Bowers of Centric Health, heart Dr. Jeet Singh, para-legal Sylvia Mendez, Dee Slade, Mayor Karen Goh, water attorney Alex Dominguez and others. The winner of the contest will succeed Mike Maggard, who is retiring. 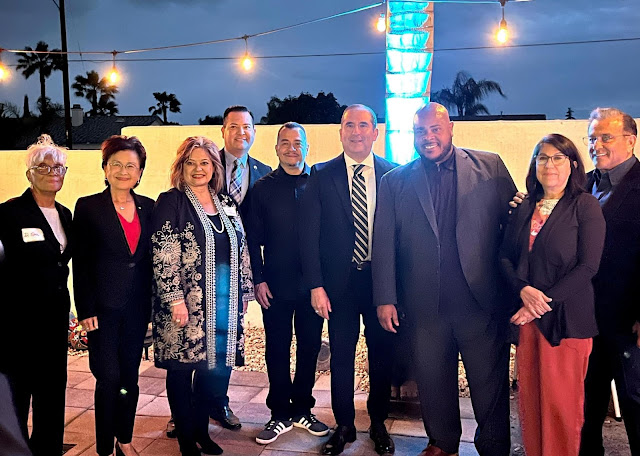 * ... MEMORIES: From the Kern County of Old Facebook comes this nugget of the old Clerou Tire Company, location possibly 21st and Kern street in 1963. 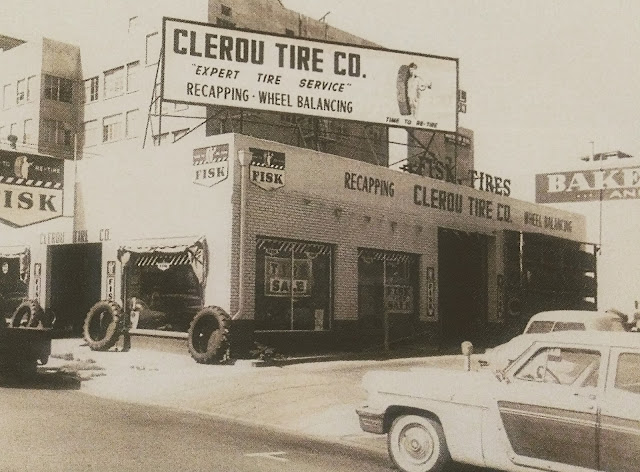 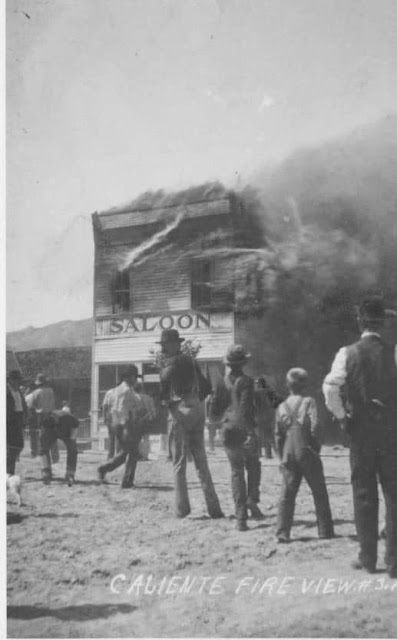