Were Republicans trying to sew confusion by promoting their own candidates on a Democratic mailer? Democrats cry foul, the candidates take cover and things heat up across the board, plus Amy Travis takes over as director of First 5 KERN

Welcome to Bakersfield Observed. Our mission is to celebrate life in Kern County by focusing on newsmakers and events and the local characters who make this community such a special place. The views expressed here are strictly my own and do not represent any other company or publication.
* ... ELECTION SHENANIGANS: If you cover enough elections over the years you will learn one simple truth: always expect to be surprised. Candidates will lie, or deceive, supporters will do equally stupid things, 11th hour revelations can change everything and until every vote is counted, the race can go any way. And so it goes locally here when, with just a week until the June 7 primary, a candidates mailer is causing all kinds of problems for some of the most prominent and well known candidates this election cycle. The mailer targeted Democratic voters and if you didn't know better, the piece would seem to come from the Democratic Party itself: the images of Presidents Roosevelt, Kennedy and Obama (all

Democrats) are at the top of the ballot followed by what looks like a list of Democrats running for office. Except for - and this is what it is all about  - some of the candidates listed are prominent Republicans, including District Attorney Cynthia Zimmer, Sheriff Donny Youngblood, Assessor candidate Todd Reeves and county supervisor candidate Jeff Flores. Kern County Democrats immediately cried foul, claiming the mailer was a naked attempt to confuse voters by including Republicans on a Democrat mailer. And who is responsible for the mailer? Well that would be Cathy Abernathy and Western Pacific Research, her company that is in the business of grooming and promoting the conservative echo chamber that runs much of local politics. (Zimmer is not represented by WPR but Flores is). Zimmer, Youngblood and Flores all told me they did not approve of the mailer and had no idea it was even coming out. "I can say that I never saw nor did I approve this piece of mail," Zimmer told me. "Neither did the sheriff. We are very unhappy our image was used." Youngblood confirmed that with me, saying he "did not pay, agree or authorize" the mailer. Flores, for his part, also denied knowing the mailer was being sent out but did concede he works with Western Pacific to reach out to non Republican voters. "These are what are known as 'slates' so I don't approve the layout or content or see it for that matter," he said. "And WPR did purchase all my slates this cycle which I approve and pay for the sales package. I sign on to as many slates as I can afford for voter contact. Republicans, Democrats, seniors, Hispanics, law enforcement, taxpayers, many categories, especially in non partisan races." But in no way, Flores insisted, did he know his name and image would be included on a mailer that seemed to imply that all the candidates were Democrats. For candidates like Zimmer and Youngblood, who are both running unopposed, something like this can amount to little more than an irritating nuisance. But for Flores, who faces tough competition in the primary against retired CHP officer Brian Smith and former homeless executive Louis Gil, the stakes are far higher. For her part, Abernathy told KGET she was simply reaching out to Democratic voters and doing her job to promote Republican candidates to all voters. So was this an egregious (if slightly heavy handed and over the top) attempt to sew confusion among the voters? And even if it is not illegal, at the very least it's an attempt to sew confusion and that reflects poorly on candidates like Flores, Youngblood and Zimmer. And finally, will it change the outcome of the elections? Probably not, but you can bet some folks on that mailer will be dealing with the fallout for months. 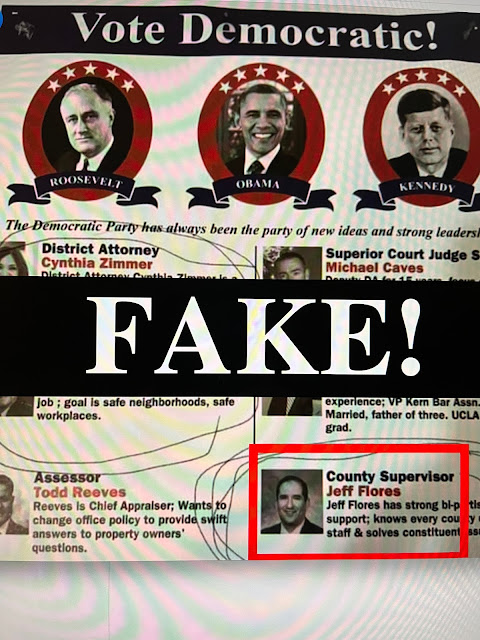 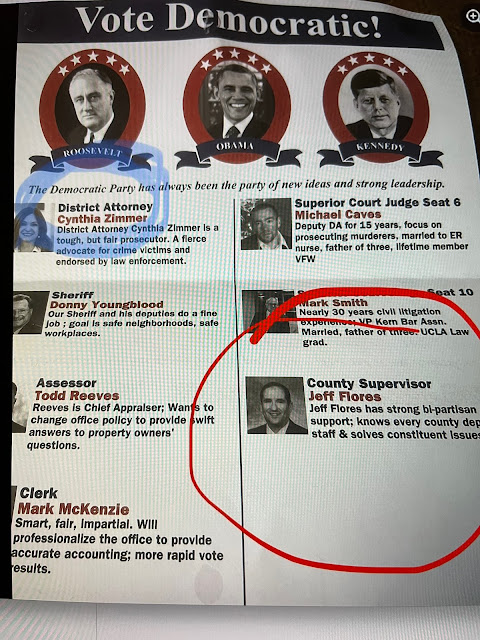 * ... SPOTTED ON TWITTER: "My girlfriend's cat died and someone suggested I get her an identical one to cheer her up. Doesn't make any sense. How will two dead cats cheer her up? "
* ... AMY TRAVIS: After serving as executive director of CASA (Court Appointed Special Advocates) Amy Travis has accepted a position to run First 5 Kern program. Travis will start her new duties on July 18, succeeding Roland Maier who is retiring. Travis began her career with CASA in May 2012, and has been instrumental in the organization’s restructuring and development, securing new funding streams, and increasing the number of children served yearly. Travis is not only a business person but in 2019 she was honored and selected by Bakersfield Magazine as a “20 Under 40 to Watch.” She graduated from Fresno Pacific University, receiving her Bachelor of Arts degree in Organizational Leadership, studied at Loyola University Chicago, and is currently pursuing her Master’s Degree in Strategic and Organizational Leadership at Fresno Pacific University.  “On behalf of my fellow Commissioners, we could not be more thrilled in the selection of Amy for this critical position in our community,” said First 5 Kern Commission Chair John Nilon. “Amy embodies all the qualities that we wanted, including executive leadership, community presence, and experience in the delivery of services to our most vulnerable children. The expectations for First 5 Kern are at their highest, and we have every belief that Amy will exceed those expectations.” First 5 provides funding to organizations that work to strengthen and support children up to 5 years old and their families. 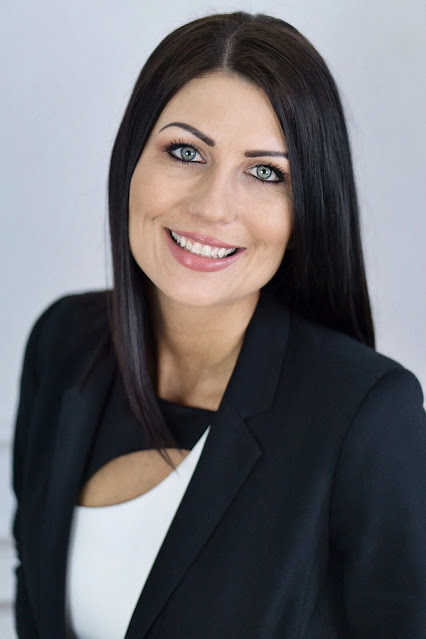 * ... MEMORIES: This is about as good a picture you will find of the old Beale clock tower after it was partially destroyed in the 1951 earthquake. You see it here at 17th and Chester with the Sill Building in the background. Courtesy of Kern County History Fans Facebook page. 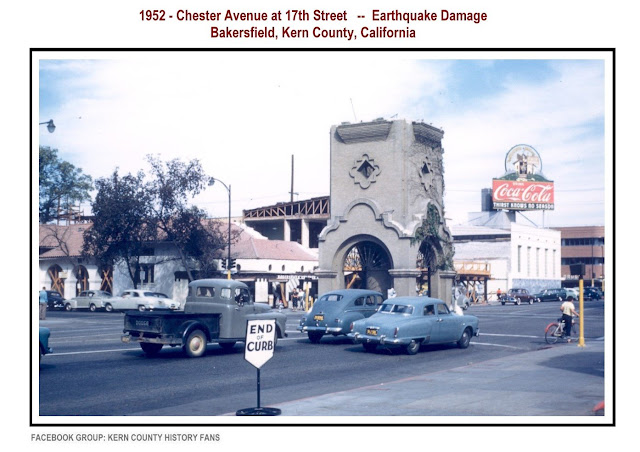