Does the restoration of Putah Creek provide a model to bring back the Kern River? Plus the Democratic no-shows at debates, prayers for Pastor Roger Spradlin and three women wanted for setting fire to a Party City

Welcome to Bakersfield Observed. Our mission is to celebrate life in Kern County by focusing on newsmakers and events and the local characters who make this community such a special place. The views expressed here are strictly my own and do not represent any other company or publication.
* ... WATER IN THE KERN: If you are among the many who dream about a regular flow of water in the Kern River through town, you should know about something called the Putah Creek Accord signed on May 23, 2000. In that case Putah Creek, much smaller than the Kern but similar in that it had devolved

into a largely dry creek bed full of trash and debris, became the focus of lawsuits and political action that eventually led to a comprehensive plan to restore the creek while dividing the water between farmers and the public interest served by a free flowing creek. Backed by the Public Trust Doctrine and Fish and Game Code 5937, a coalition involving environmental groups, the city of Davis and UC Davis spent four year negotiating with water agencies before a federal judge basically forced the sides to settle. Today, Putah Creek has been fully restored (a major surprise was the return of salmon), water agencies are happy to have a predicable flow of water every year and the creek has evolved into a major recreational asset. The organization Bring Back the Kern recently held a roundtable on Putah Creek focusing on ways we can get water back into the Kern River. Check out the panel discussion at Bring Back the Kern's Facebook page or at their website. 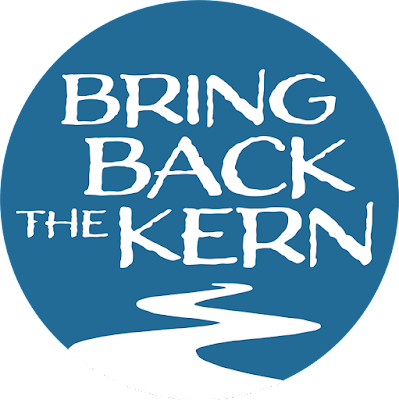 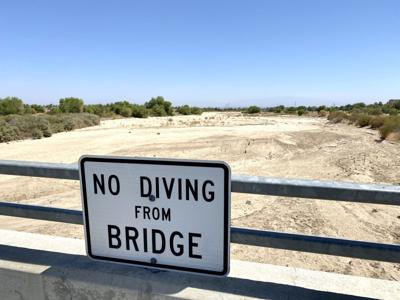 * ... SHAME SHAME SHAME: The next time someone on the City Council tries to downplay the sharp spike in crime, remember the three women who visited the Party City store on Rosedale Highway this week and - get ready for it - set the place on fire. That's right, Bakersfield police are looking for the women in these photos - and the white Jeep - after they allegedly set fire to the store, perhaps to cover up for their shoplifting. Getting the feeling crime is out of control? 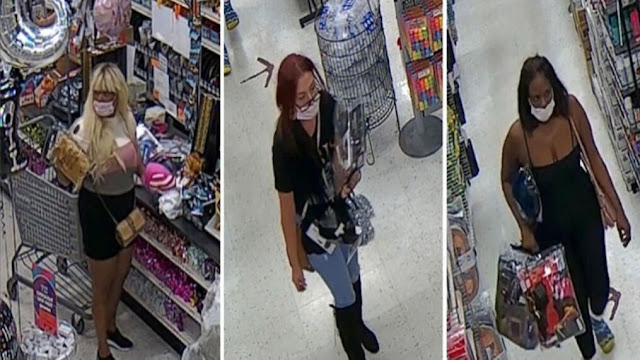 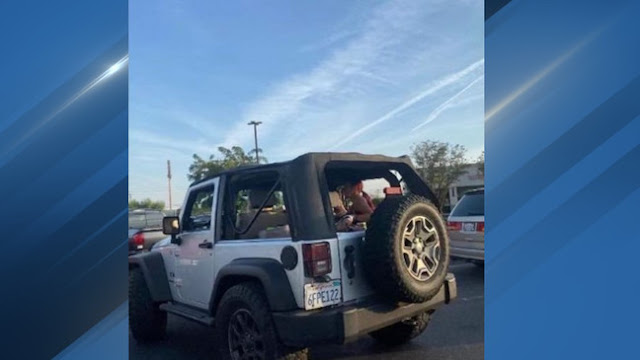 * ... DEBATE NO SHOWS: What started with one candidate refusing to show up for a debate has apparently now become a "thing," at least among Democrats. If you recall I was harshly critical of Assemblyman Rudy Salas when he abruptly failed to show up for a scheduled televised debate with Rep. David Valadao on KGET. Now another Democratic candidate, 16th State Senate District's Melissa Hurtado, has joined in, backing out of her own scheduled debate with challenger David Shephard. Let's be clear here: when you put your name forward to represent 'the people" in a race, the very least we can expect of you is to share your views in a public setting, and to answer the criticisms in a debate. The news department over at KGET TV graciously provided the time and manpower to host the debate; the least you can do is to show up.
* ... ROGER SPRADLIN: The community at Valley Baptist Church has rallied around Pastor Roger Spradlin who is battling an inoperable illness. Spradlin's legions of followers are being kept up to date on his condition via a Facebook account. According to a note from Andrew Spradlin, the pastor's condition is inoperable but a prayer chain is hoping for a miracle. 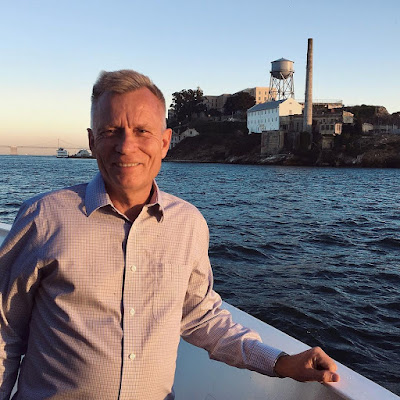 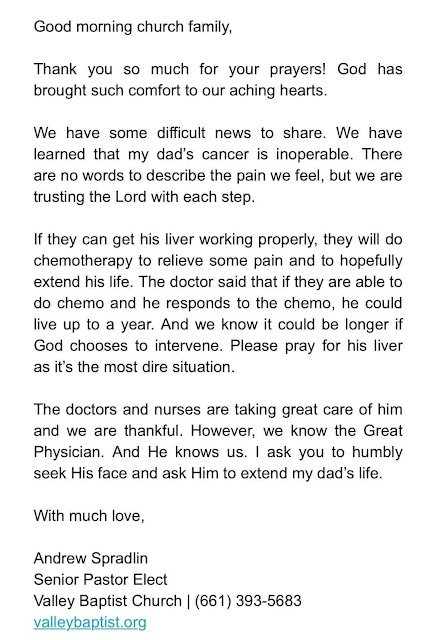 * ... RICKY'S TACOS: One of the most famous taco trucks in Los Angeles is coming to Bakersfield. That's right, the widely heralded Ricky's Fish Taco truck, long considered one of the best taco trucks in the LA basin, has announced it is headed to Bakersfield to offer its highly acclaimed Ensenada-style fish and shrimp tacos. The Los Angeles Times said the award-winning taquero "garnered national attention, first popping up in Silver Lake in 2009 with a metal three-drawer filing cabinet that Piña had converted into a makeshift fryer, then with a food truck parked primarily in Los Feliz, and, more recently, in Hollywood, where he plans to sell seafood tacos for the next two weekends before leaving town." The report said the move shocked fans of Ricky's Fish Tacos who called the news devastating. Once here, the company will alert fans as to the truck's whereabouts on Twitter. (photo courtesy of the Los Angeles Times) 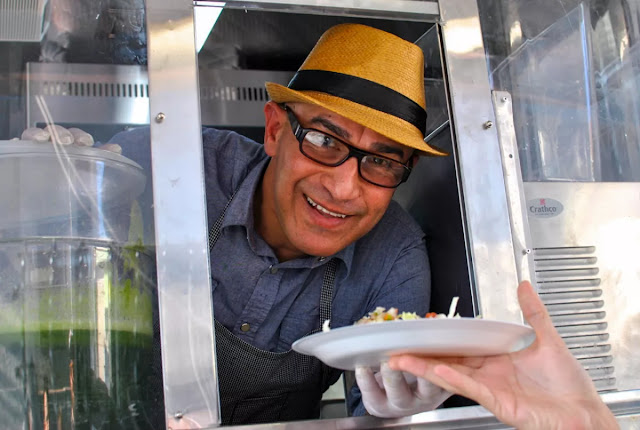 * ... RIP DAVID WOOD: There has been yet another fatality involving a car hitting a bicyclist, and this time the cyclist died. Bakersfield Police said David Wood, an employee of The Finish Line bicycle shop on Stockdale Highway, was hit on Allen Road on Oct. 17 and died. There are no reports of anyone being charged or further details. 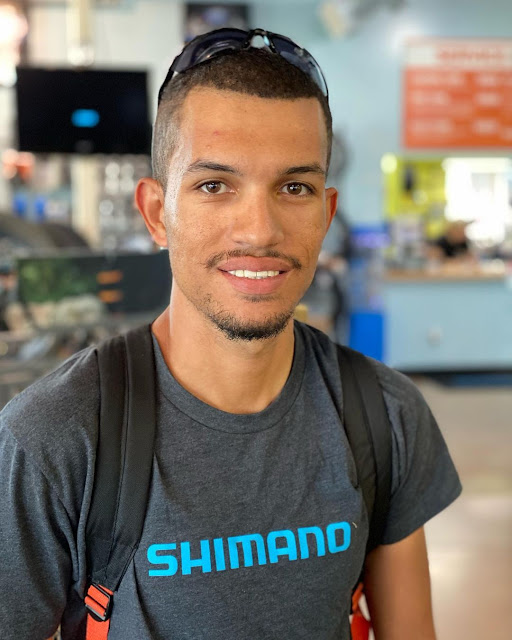 * ... LAKE MEAD: Lake Mead is surrendering old treasures and secrets as its water level shrinks to historic levels because of the long drought. Here's a shot of a 1938 Chrysler Imperial that showed up in low water, and under it a picture of an original similar car. 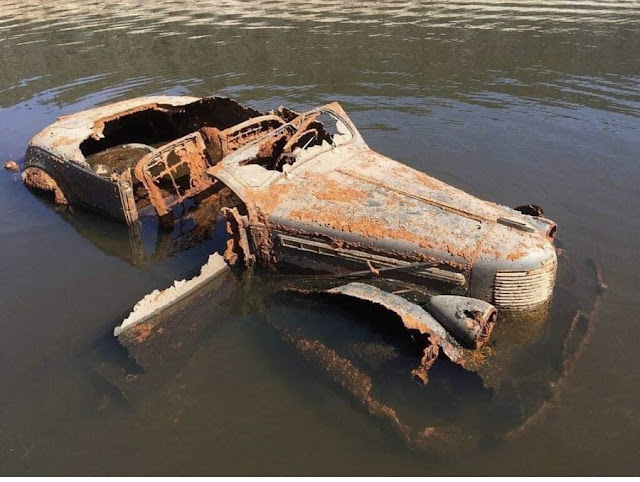 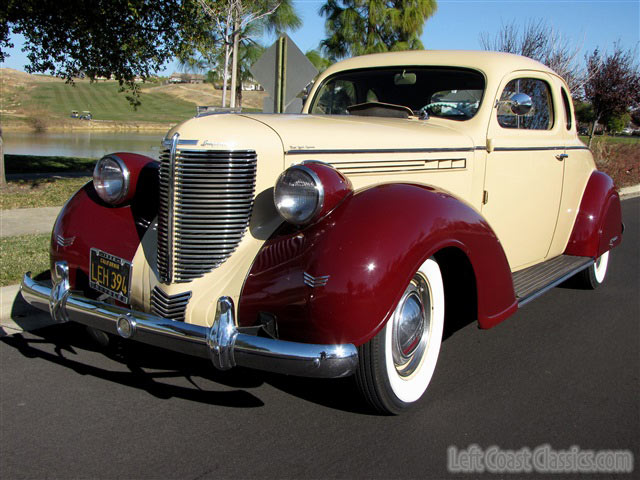 * ... MEMORIES: Take a look at this old postcard, from Taft, along with the note on the back side. This comes compliments of the Kern County History Fans page on Facebook. 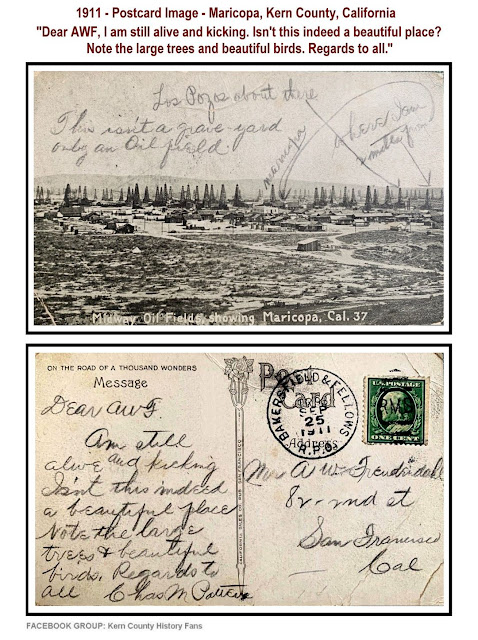 * ... MORE MEMORIES: And lastly, check out this picture of Buck Owens along with other musical greats that appeared on the Kern County of Old Facebook page. The caption read: "1989 in San Francisco this iconic photo was taken at the music awards called the Bammies! Buck Owens performed and these other  famous musicians are all around Buck in the photo. Huey Lewis, Chris Isaak, Neil Young, Joe Saterini and John Foggerty.  Anywhere in the world that Buck Owens appeared he was always introduced from Bakersfield, California. You could say he put the city on the map!" 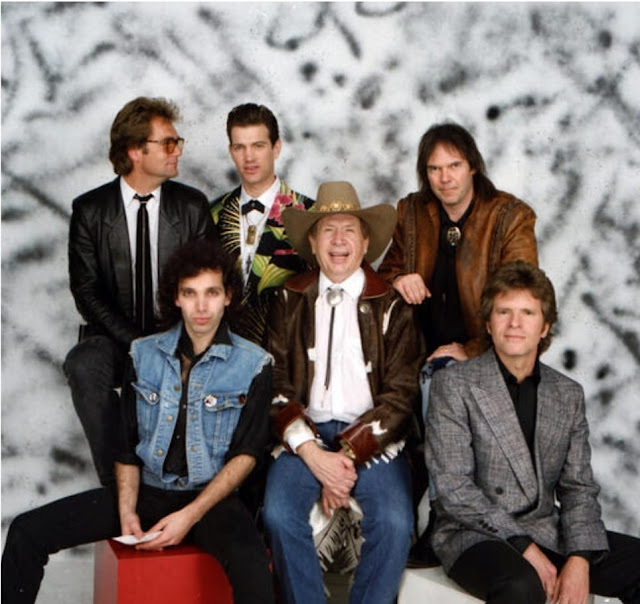