Kern County voters to decide the fate of proposals to raise the sales tax and put terms limits on county supervisors, developments in the newly drawn Ward 7 and we share some endorsements heading into election day

Welcome to Bakersfield Observed. Our mission is to celebrate life in Kern County by focusing on newsmakers and events and the local characters who make this community such a special place. The views expressed here are strictly my own and do not represent any other company or publication.
* ... ELECTION DAY:We have an election in three weeks, an important one, so let's catch up on the key local races, some endorsements and late developments. This is a busy election cycle, where voters will be faced with everything from the national mid-term elections that will decide if Kevin McCarthy is reelected to become House Speaker, to local elections where seats are up for county supervisor, city

council as well as local school boards. Add to that two potentially far reaching initiatives in Measure J and Measure K, the first of which would limit supervisors to two consecutive, four-year terms and the latter which would add a penny to the sales tax charged in unincorporated areas. The Bakersfield Californian endorsed Measure K but not the term limit question.
* ... ENDORSEMENTS: In the Ward 3 race where City Councilman Ken Weir attempts to return to a job he first gained in 2006, the newspaper threw its endorsement behind challenger Boyd Binninger, a senior vice president at ASU Commercial, a commercial real estate company. The paper criticized Weir for opposing the "Unity Map" that redrew the boundary lines of Ward 7, and the paper also noted he opposed the Measure N city sales tax measure. In the Ward 7 race, which opened up when Chris Parlier decided to retire, The Californian endorsed Manpreet Kaur, a dynamic newcomer to local politics who is enjoying a tidal wave of local support among both the Punjabi community as well as the established seats of power and influence in town. Finally, The Californian endorsed Jeff Flores to succeed Mike Maggard as District 3 county supervisor. 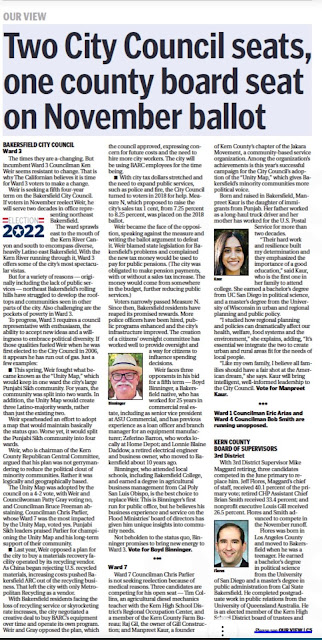 * ... MANPREET KAUR: There is an odd twist in that Ward 7 race, and it involves a man who was arrested for allegedly forcing his Hispanic girlfriend to take pills to force a miscarriage. And that man is the brother of Ward 7 candidate Manpreet Kaur, a promising newcomer whose candidacy has energized local support in this newly drawn district. The incident raises the question about whether a candidate - or any of us for that matter - should be forced to defend or even respond to the actions of a family member? (Cue up the list of high profile people whose behavior has embarrassed their families-Hunter Biden, Prince Andrew and for those of you a tad older, Billy Carter, to name a few)  In this case Kaur's brother, Jagmeet Singh Sandhu, was accused of forcing his girlfriend to take pills to induce a miscarriage. An early report indicated there were cultural issues involving bringing shame on a family, but others say that was never a factor. Kaur's candidacy and qualifications - born at Kern Medical, daughter of hard working Sikh immigrants, highly educated, accomplished  - stand unquestioned but don't be surprised if the incident isn't used by those who hope to derail her candidacy. I asked Kaur about the case and this is what she said: "My brother’s situation is separate from my own and has nothing to do with my commitment to serving our community. I have worked hard all my life - in school, in my professional career, and in my commitment to serving our community. I am hopeful the voters of Ward 7 will assess my qualifications and character when selecting their next city councilmember." Kaur heads into the election a heavy favorite over candidates Raj Gil and Tim Collins, and she already has picked up the endorsement of the Greater Bakersfield Chamber of Commerce, The Californian, sitting council members and various local unions. 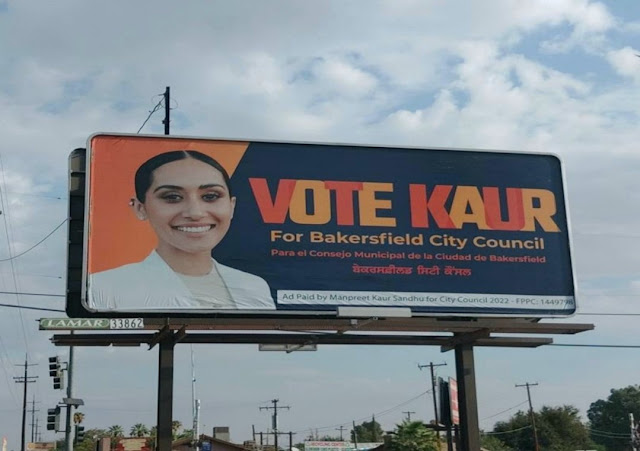 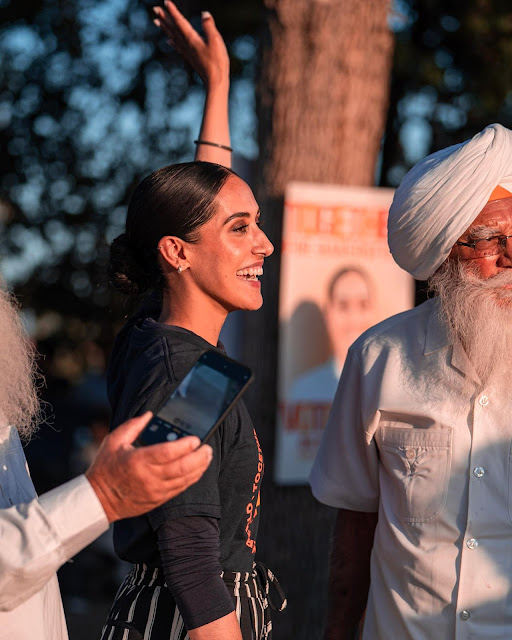 * ... MY ENDORSEMENT PICKS: For those who may care, here are a few of the endorsements from Bakersfield Observed as we head toward the Nov. 8 vote:
- VOTE NO ON MEASURE J: Measure J would install term limits on the Board of Supervisors, restricting the terms to two consecutive four year terms. Vote no.
- VOTE YES ON MEASURE K: A yes vote on Measure K will raise the sales tax in the unincorporated areas of the county by 1 percent, bringing it in line with the city's tax rate. The measure would generate some $50 million a year for the cash squeezed county. Vote yes.
- BINNINGER FOR WARD 3: Vote for Boyd Binniger. Incumbent Ken Weir was first elected in 2006 and has served his time. Time for new blood. Vote Binninger.
- KAUR FOR WARD 7: Vote for Manpreet Kaur for Ward 7. Kaur is a local product who represents the future of a much more rich and diverse Bakersfield. She graduated from UC San Diego and holds a master's degree from the University of Wisconsin in urban planning. Vote Kaur.
- FLORES FOR SUPERVISOR: Vote for Jeff Flores for District 3 country supervisor. Retiring incumbent Mike Maggard has served his district with distinction and class, and Flores promises to do the same. Vote Flores.
- PEREZ FOR ASSEMBLY: Vote for Leticia Perez for the 35th Assembly District. Perez positions herself as the kind of person who will work across the aisle while pushing to represent the special interests of Kern County. She has the energy and intelligence to serve the district well. Vote Perez.
- SCRIVNER FOR KCHSD: Vote for Kathy Scrivner for a seat on the Kern High School District. The Beene girls were fortunate to have Kathy Scrivner as a teacher. Her commitment, her tenure, her experience and her passion qualify her for a seat on the high school district. Vote Scrivner.
- 21st DISTRICT CONGRESS: One of the most expensive races in country pits Republican incumbent David Valadao against Democrat Rudy Salas. Salas bailed out on a television debate at the last minute (bad form) while Valadao had the courage to vote to impeach former President Trump. Vote Valadao.
* ... CSUB ALUMNI HALL OF FAME: The CSUB Alumni Association has announced a new class for the Alumni Hall of Fame, three women and a man who have advocated behalf of crime victims, dedication to the law, soaring musical gifts and commitment to the healthcare of vulnerable families. This year’s inductees are Kern County District Attorney Cynthia Zimmer, U.S. Federal District Judge Jennifer Thurston, Bakersfield College associate professor of music Kris Tiner and Kern Family Health Chief Executive Officer Emily Duran. (picture of Zimmer with KHSD candidate Kathy Scrivner.) 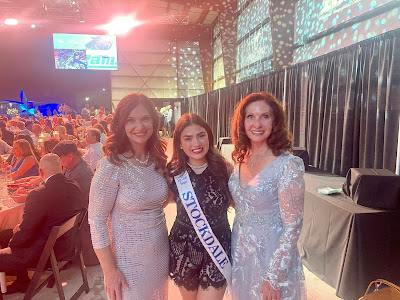 * ... OVERHEARD: A conversation overheard at lunch downtown. A man in his 50s turns to his pal and says: "Forget sanctuary cities. We have our own 'homeless bill of rights' here. You can sleep wherever you want, you can (defecate) wherever you want, you can walk into any store in town and grab whatever you want and you can weave through traffic screaming like a nut and no one will bat an eyebrow."
* ... MEMORIES: Here's a blast from the past thanks to the Kern County of Old Facebook page. The caption: "Buck Owens bought KUZZ radio in 1966, here he is sitting in the drvers seat of a Volkswagen KUZZ van probably in 66, the station is still owned by his family and has been #1 in the United States many times! " 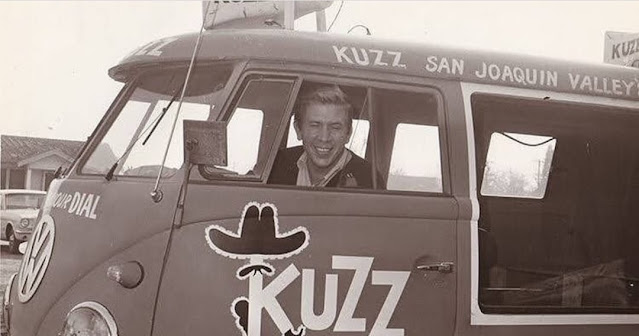 * ... THANKS, PAM: And before we go, enjoy these two quite fabulous pictures taken on the coast by my kayaking, gospel-singing, God loving friend Pam Taylor. 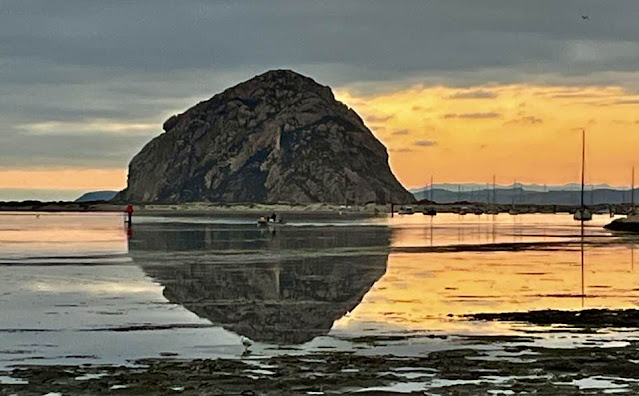 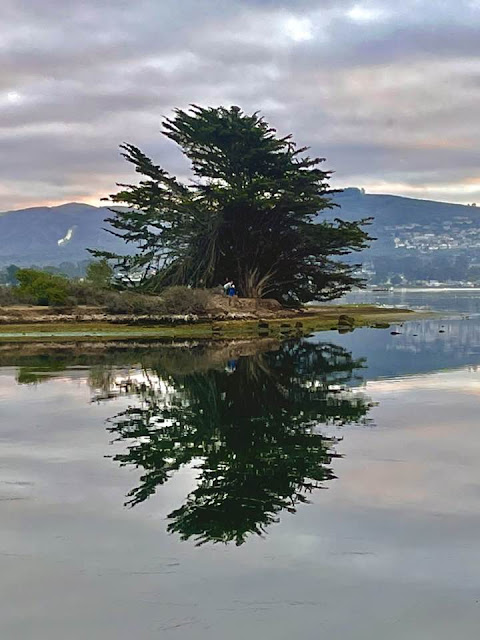