Ecstacy, cocaine and the local doctor 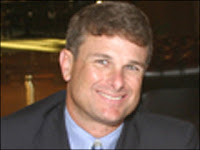 The story of the arrest of Dr. Jeff Freesemann and his wife Shelly on multiple drug charges has to remain one of the weird stories of the day. He's the (now former) chief of staff at San Joaquin Community Hospital and she's the attractive yoga instructor who - at least to their neighbors in Haggin Oaks - lived the typical quiet suburban life: two kids, a dog and a nice home. That was before they were busted Sept. 17 in connection with an investigation of Ecstacy, meth and cocaine in local night clubs. They've been charged with two felony counts of conspiring to commit a crime, three felony counts of transporting a controlled substance and one felony count of transporting/selling a narcotic. Others were nabbed in the case but this one's a head scratcher right out of "Desperate Housewives." Stay tuned to bakersfield.com for what's up next.
Posted by Richard Beene at 5:05 PM