As mentioned here before, the final push has been made to make Bakersfield a stop on the 2010 Amgen Tour of California bicycle race. I got a copy of the city's official "entry" to land a tour stop and it was an impressive piece of work. A dozen or so letters of support from local business leaders, maps proposing race routes around town and lots of details on what a terrific host we would be. Bakersfield has never seen anything like a pro cycling tour coming to town, and it would be something we wouldn't soon forget. All the greats would be here: Lance Armstrong and his Astana team, the great Spaniards Carlos Sastre and Alberto Contador, the big Belgian sprinter Tom Boonen and those crazy Aussies like Robbie McEwen and Cadel Evans. The group of supporters, led by folks as varied as Action Sports owner Kerry Ryan and local lawyer Jay Rosenlieb, has raised $160,000 in pledges already. Now the waiting begins. We should know something within a month or so. Past Amgen tour winner Levi Leiphiemer (an American) is shown in the picture and other pictures are courtesy of Lyne Lamoureux. 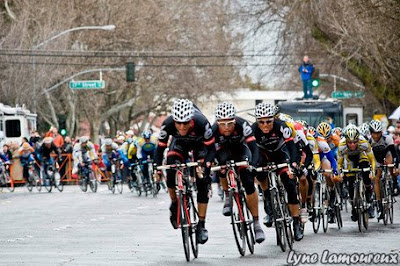 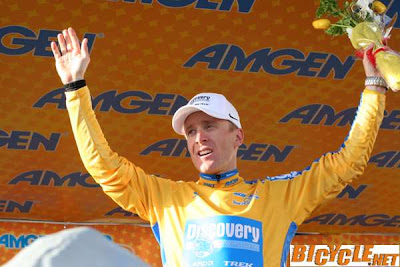 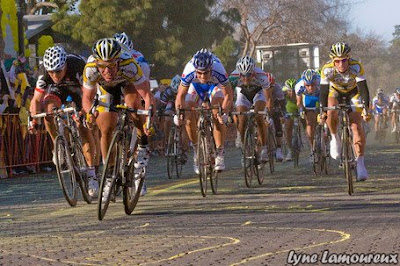