Lots happening around our community, plenty of controversy, Supervisors considering budget cuts, Dolores Huerta's commencement speech at CSUB and the dad accused of blinding his son finally shows up in court. Let's get to it:

* ... THE FACE OF A MONSTER? We finally got a fresh look at 34-year-old Angelo Vidal Mendoza, the man accused of eating out one of his son's eyes and badly damaging the other in what appears to have been a drug-induced craze. So there he was, in his wheelchair from a previous violent incident, draped in a pink blanket no less. Let's give him his innocence until proven guilty, but the cops say this is the guy who turned on his own son, gouged out his eye and then took an axe and broken ceramic to his own legs to pretend that he was a victim of a gang assault. What a dad! If guilty, that's a monstrous story by a monster of a man. Meanwhile little Angel, now 4, is said to be recovering the sight in one eye while a fund has been established in his name. Read the Californian's midday briefing here. 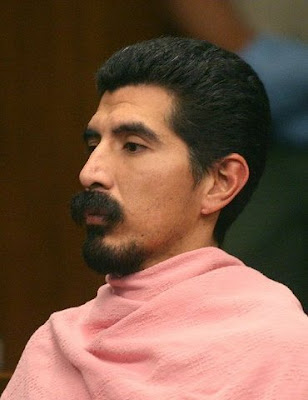 * ... HUERTA SPARKS CONTROVERSY: Lots of chatter on blogs and Facebook on a commencement speech that United Farm Workers founder Dolores Huerta gave at CSUB. Haven't yet seen a copy of the speech or seen a video but some folks are howling over its content, which was variously described as predictable and boring (on the tame side) to rabidly divisive and pedantic in tone. One poster told this to Californian editorial page editor Bob Price:

"Yawn. So, if anybody 'complained' or disagrees with Huerta's radial, left-wing world view then they are automatically attached to Rush, O'Reilly or Savage? What a load of dung! Sorry, the woman is a judgmental, anti-business polarizer, and CSUB should immediately apologize to the graduates who were trapped into listening to her pitiful harangue." Wow!

Bob says The Californian will have a package of letters to the editor on the controversy this Thursday, so be ready for it.

* ... SAYING GOODBYE TO LARRY: When someone as popular as Larry Reider retires, there are bound to be more than a few roasts and goodbye parties. Larry is longtime Kern Superintendent of Schools Larry Reider, who truly is one of the great public servants of our community. He's finally calling it quits but promises to hang around. I hear the Mendiburu Magic Foundation, on which Larry serves as a board member, will hold a dinner in his honor on June 18 at Wool Growers Basque Restaurant. A bigger communitywide dinner will be held Friday, July 10, at the Bakersfield Museum of Art (Larry served on that board too). If interested call Irma Tiner at (661) 636-4632. Tickets are $60 each and a table for eight can be reserved for $480. No host bar at 6 p.m. and dinner at 7 p.m. 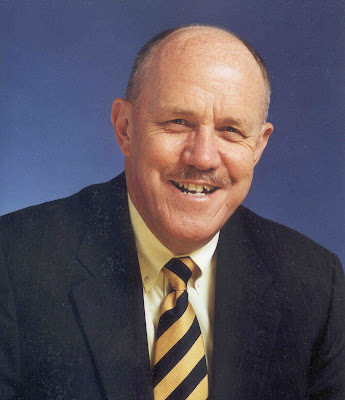 Posted by Richard Beene at 1:59 PM

that guy looks like a real creep. I hope some screwup by the DA's office doesn't let him off the hook