Bako bits: a video tribute to a fallen friend, the shame of Roy Ashburn and a holiday weekend

We're heading into a holiday weekend with temperatures (mercifully) down a full 10 degrees to the high 90s. (You know you're from Bako when a weekend high of 98 sounds good). Let's wrap up some news around our town:

* TRIBUTE TO A FRIEND... I'm still mourning the loss of Alton Saceaux, one of the tribe of avid recreational cyclists around town. (see my previous post here) I was moved by what he told Californian reporter Steve Swenson some years ago, that you simply have to "assume you are invisible" to try to stay out of harms way. I do a good bit of riding and can't count the number of times when you hear the truck behind you and wonder if your time is up. You simply can't worry about it and have to concentrate on holding a straight line. There will be a memorial ride Thursday evening starting at the Bike Bakersfield headquarters downtown (everyone is asked to have lights on their bikes) beginning around 6:30 p.m. One of Alton's friends posted this moving video tribute which I'd like to share. Keep his family in your thoughts.


* THE SHAME OF ROY ASHBURN:.. Columnist Sandy Banks of the Los Angeles Times took Bakersfield's Roy Ashburn to task today for being one of two state senators to refuse to join others in agreeing to a voluntary 5 percent pay cut. Ashburn is already in the hot seat for voting with the Democrats to break a budget logjam and I can't imagine this will endear him to his constituents. Roy gave a Times reporter a pitifully lame excuse for failing to do so, saying the money may simply go back to the budget controlled by Senate Democrats. Really Roy? I'm just stunned how these guys just don't seem to get it. Folks are being laid off, struggling, and everyone I know (including employees at The Californian) have suffered pay cuts as well as cuts in the 401(k) match. Roy's earlier move was hailed by some as an act of courage; I see this an act of self serving cowardice. (Photo courtesy of Justin Sullivan/Getty Images North America) 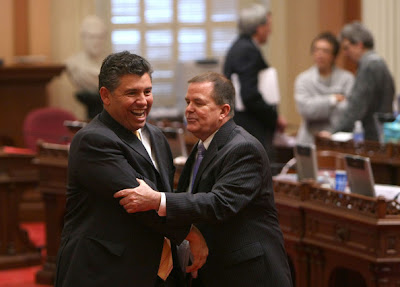 * SKEET CHAMPIONSHIPS ... Can't get enough of explosives this weekend? Head out to the Kern County Gun Club next to Lake Buena Vista Recreation Area for the California State Skeet Shooting Championships. Two hundred of the best skeet shooters in the state will be on hand for three days of busting clays. There's no cost to come watch these incredible shooters. Among the stars will be some junior shooters from Bakersfield who have made names for themselves, including Brian Foley, a recent Ridgeview High grad headed to Lindenwood University in Missouri on a skeet scholarship. Brian is the reigning world champion in the 12 gauge. Also, Bakersfield High sisters Brooke, Emily and Rachel Shuford will be there shooting the lights out of the targets. Shooting runs Friday through Sunday all day. 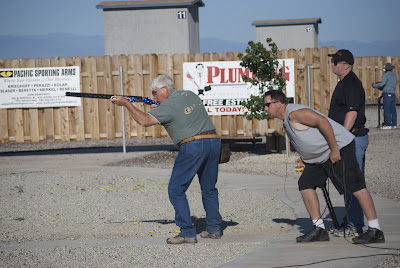 Wow.I watched that video of Alton 3 times.Devastating.I am so sorry for his family,you,all of his friends and cycling buddies.The short voicemail at the end spoke volumes about his spirit and the holes that will be left by his death.
Just damn tragic and so preventable!