The Kern Community Foundation released an important new study today, looking at the "Status of Women and Girls" in Kern County. This is important stuff and - to my knowledge - it may be the first of its kind in our community. I admit to some bias here. First, the Foundation chairperson and brainchild behind the report is Judi McCarthy (picture below with CSUB president Horace Mitchell) who happens to be my neighbor, but beyond that is one of our community's under appreciated doers. She is the founder of the Women and Girls Fund, which is now under the Foundation umbrella and whose sole purpose is to lift up the fortunes of our women and girls. Second, I have two daughters of my own and as my wife wisely counsels: "The quickest way to make a man a feminist is to give him a daughter." So the success of women in general and opportunities afforded them are near and dear to my heart. 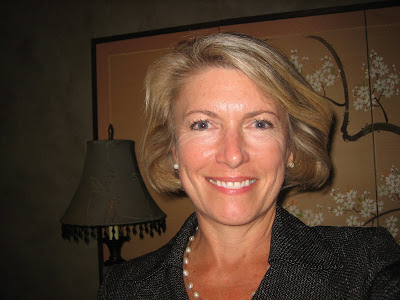 The full report can be read here, but warning: it's not for the faint of heart. As the report said, the most pressing issues faced by women and girls in Kern County are "domestic violence, substance abuse and self esteem." And it goes without saying that incidences of domestic violence run higher than the state average as a while. Consider some of these dismal findings:

* ... Thirty-three percent of Kern County women could not afford enough food to sustain their families in 2007.
* ... In 2006, the Bakersfield Homeless Shelter reported that 66 percent of those who received services were women.
* ... For the second quarter of 2008, Kern County women made 60 cents for every dollar earned by Kern men. The greatest income disparity by gender was among doctors, dentists and diagnosticians.
* ... Only 13 percent of new mothers received any cash aid assistance in 2005.
* ... In 2007 more than 25 percent of Kern County women over age 25 did not have a high school diploma, and only 12 percent of our women had a college degree.
* ... Forty-eight percent of Kern women were either overweight or obese.
* ... A higher proportion of women statewide are methamphetamine users compared to men. Meth is the most common drug for women users in California.
* ... Kern County has the fourth highest teen pregnancy rate in California.
* ... The top issues facing Kern County women were domestic violence, substance abuse, low self esteem, education, lack of mentors, poverty, transportation, resources, teen pregnancy and lack of role models. 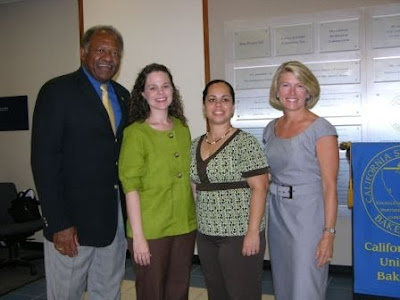 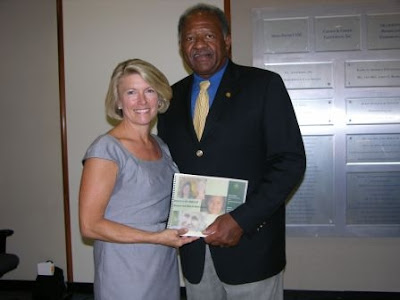 So let's see: our women and girls are abused, overweight, under educated, prone to drug use, likely to be paid less than men and less likely to receive public assistance. Seems like we have some work to do. Hats off to Judi McCarthy and Foundation, in partnership with Cal State Bakersfield, for getting this data out of the public.

(In photo with Judi are report authors Janet Armentor-Cota and Monique Ferranto-Joyner)
Posted by Richard Beene at 1:41 PM