Staring down the barrel at a double dip recession, Laura Wolfe out at CSUB and country clubs feeling the pain

Right when you think things are getting better - a slight uptick in housing sales, a successful "cash for clunkers" program - the talking heads and analysts start warning us of a "double dip recession." Don't mean to be alarmist but more than a few noteworthy economists think we are far from out of the woods, and are fearing the current good times on the stock market will soon give way to a darker new reality. Consider:

* ... LAURA WOLFE OUT IN CSUB SHAKEUP: Before we get to the economy was saddened to hear that Laura Wolfe, longtime vice president of development for the university, has lost her job, allegedly due to the budget crisis. At least that's what a memo from Beverly Byl, new vice president of university advancement, says. Other insiders speculate it's Byl's way of using the budget crisis to build her own team, and it's leaving many folks with a bad taste in their mouths. Laura is a longtime fixture in the community, well liked and well respected, and one who has worked hard on behalf of the university, even when so many campus academics felt that building community relations was beneath their pay grade. I spoke with Laura who said simply she was looking forward to spending more time with her family and preparing for her son's bar mitzvah. She said she "hopes to do well by doing good." Now that's a class act. 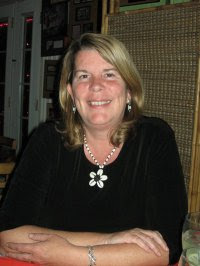 * ... IT'S UGLY OUT THERE: Okay, back to the economy and folks, it ain't pretty. The American Bankruptcy Institute reports consumer bankruptcies jumped 34.3 percent in July, compared to last year, as high debt and unemployment took their toll. Also:
SECTOR ANALYSIS: A new survey of real estate investors by PricewaterhouseCoopers projects that over the next 12 months, apartment values will fall 7 percent, regional malls will drop 8.5 percent, warehouses will drop 8.2 percent and office values will decline 11.4 percent. This is the long expected commercial real estate crunch and no doubt we don't be able to avoid it.
BANK FAILURES: While we have been averaging 5 to 7 bank closures per week the past few weeks, it is interesting to note that the high was set in 1989 when 60 banks were closed in one week.
HOUSING DECLINE: Home ownership in the US reached nearly 70 percent in 2004, but has since fallen to 67.4 percent as of the second quarter of 2009. Interestingly, about 57 percent of housing units that are added to the market become rentals these days.
HOUSING SUPPLY: A study by ZipRealty finds the supply of homes available for sale in major metropolitan areas fell 2.5 percent in July compared to June. Yet, as reported here earlier, fully one in 10 home mortgages in California is now in a state of default 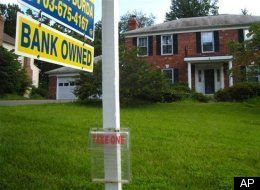 * ... MEANWHILE, OUT AT THE COUNTRY CLUB: Also learned that privately owned Seven Oaks Country Club has been hit so hard by this recession that it is reducing its full equity initiation fee from $30,000 to $10,000. In a letter to members, general manager Don Ciota says the club has sold only four new full equity memberships this year. Good news for new members but what about the folks who paid full retail? Another sign of the times.

* ... INSPIRATIONAL QUOTE: Lastly, spotted this Facebook post from Realtor Mary Christenson and thought I would pass it along. It's a good one:
"You never know when one act, or one word of encouragement can change a life forever." ~ Zig Ziglar
Posted by Richard Beene at 9:29 AM

Richie! This is Mrs. Fitzsimmons! You are spelling Mary's last name incorrectly! Straighten your collar, too!

Wrong! This time I had it right! Once again Ms. Fitz you have underestimated me!

Goodness! You're correct, young pupil! I am so very proud of you! Shame on my old eyes!

Richard, thanks for the shout out. My mother really appreciated it! Love the good news about the WGF and CSUB collaboration...Lots of opportunity for doing "good" there.