Short takes: From waterfowl hunting to a blog on white tablecoth dining to hopes for a better economy

Some short takes around our community:

* ... MORE MIXED SIGNALS: This is starting to sound like a familiar refrain, but every time we get some good news on the economy it's followed by yet more words of caution. Wayne Kress, the always optimistic partner in the local commercial firm CB Richard Ellis, sent a Twitter feed on a Washington Post story saying that manufacturing and housing - two sectors that have suffered the most in this economy - are now expanding. As the Post said, the development offers "fresh evidence that the economy has begun to grow." That's certainly good news and I join with Wayne in celebrating any bit of good news. But there is plenty of evidence to indicate that any incipient recovery will be a slow one, particularly if it is a jobless recovery. Even the Post story recognized this, quoting an economist as saying "the bad news is that it is still not creating any extra jobs, meaning that the U.S. is heading for yet another jobless recovery." Meanwhile, I had lunch with a local high-end custom home builder and his outlook was bleak, noting that the recent upturn in residential sales have all been on the low end and most of them foreclosures working their way through the system. He pointed me to a recent analyst study out of San Diego (I haven't found it yet) which apparently said it would take until 2016 (seven full years) for our residential market to begin to resemble the way it looked in 2005. Ugh.

* ... SERVING DOVE ON A WHITE TABLE CLOTH: Looks like local Bakersfield High grad Paige Hill is making good use of her masters in writing. The daughter of San Joaquin Bank president Bart Hill and wife Napier, Paige is wrapping up her masters in writing at the University of South Carolina and has started a blog about cooking. (check it out here at www.forkenvy.com) Paige, who got her undergraduate degree from the University of North Carolina, lends her own personality to the blog and brings in her own personal experiences, including her familiarity with hunting and shotguns.

From her blog:
"It’s September first. The opening day of dove season. If you haven’t figured it out yet, I’m not a vegetarian. My father is the resident hunter in our family, as my hunting license has only served to allow my downing clay birds at the skeet range. Some meats mark the seasons, like lamb in the spring and dove in the fall. As much as I impatiently await the days when I get to put on my brown leather boots when September nears, my tongue equally longs for the taste of game bird when the days grow shorter and colder. If you are a fan of duck, you will enjoy dove. If you are a fan of chicken, you will enjoy dove. If you are stuck in a chicken rut, treat your taste buds to something wonderful and unique. It is a bit lighter meat than duck, but more game-y in flavor and tender. Like other birds, dove can be roasted or broiled whole; but, if you want to leave the bones out of the equation (recommended) cut into breast pieces and sauté. You can ask your butcher for this service, too."

* ... PARADISE FOR HUNTING WATERFOWL: Speaking of birds and hunting, ran across an interesting story in the Ducks Unlimited magazine citing the Central Valley as one of the top 15 areas to hunt waterfowl in the country. It's easy to underestimate the popularity of bird hunting locally, and apparently we live in one of the prime locations. (read the full story here) According to the story:

"Acre for acre, the Central Valley of California supports more wintering waterfowl than anywhere else in North America. At peak times, this region hosts 5 to 7 million wintering waterfowl—more than 60 percent of the Pacific Flyway’s ducks and geese. As you would expect, the high ratio of birds to habitat results in some superb waterfowl hunting. This is especially true on private duck clubs in places such as Butte Sink, Suisun Marsh, and the Grasslands. Good public hunting is also available on several intensively managed national wildlife refuges and state wildlife areas in the region, which also support large numbers of wintering waterfowl. 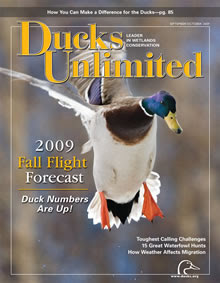 * ... MORE CHANGES AT CSUB: Yet another person is leaving the fund raising arm at Cal State Bakersfield, the third to leave that I know of (joining Laura Wolfe and Sheri Horn Bunk) That's the word from Athletic Director Rudy Carvajal, who sent an email to supporters updating them on changes. The latest to leave University Advancement will be Christene Kimmel, according to Rudy. In addition, he said Ashley Sodergren is moving to Stockton to work on Relay for Life for the American Cancer Society, and Brian Powell has accepted a development position at James Madison University in Virginia, which is within driving distance of his hometown. Their last working day is September 11.
Posted by Richard Beene at 2:13 PM

Richard-
I'd like to invite you to follow our CSUB Athletics Blog at http://csubathletics.blogspot.com/
Check out the "State of the Athletics Department" letter recently posted by AD Rudy Carvajal.
Additionally, we have nearly 400 student-athletes who are doing great things in competition, in the classroom and in the community - for example, they visit more than 100 6th grade and below classrooms each year through our Bakersfield Californian sponsored Rowdy About Reading program.
I hope you will enjoy what you read about the Roadrunners - feel free to contact us any time for more information.

Mr. Beene: I was shocked at the lack of parental supervision reflected in Paige Hill's recommendation that dove be prepared by having your butcher dice the breasts and then sautéing them. What's next - dove burger ? As your epicurean outdoor columnist, Esteban Merlo will confirm, dove should be plucked and prepared whole," …like little chickens." Hopefully Father Hill will exercise some editing authority in the future to prevent further culinary heresies. Tom Stanton