* ... TIME FLIES: It's amazing to think that it has been almost five months since state and federal regulators closed San Joaquin Bank, one of the premier business banks in our community. It was the afternoon of Oct. 16 when the regulators descended on the bank, locked the doors and announced that Citizens Business Bank was taking over. It's difficult to gauge the impact - both psychological and financial - of the closing of a well connected bank in any community. More than 100 banks were closed across our country in 2009, and some 22 have been shut this year alone, another indication that recovery remains a long way off. On a happier note, March marks the one-year anniversary of the opening of Imbibe Wine and Spirits off Truxtun Extension, one of the success stories in this recession. Opened by spouses Dave and Tami Dobbs, this wine specialty store has been an instant hit and is frequently used by business groups for social gatherings. The downtown Rotary Club held a social there last week, featuring Imbibe's impressive array of specialty cheeses and wines.

* ... GAUCHO NATION: I received a thoughtful hand-written note from reader Ruth Ann Ullman in response to an earlier post (from Helen and Chester Troudy, read it here) speculating over who is the oldest living UC Santa Barbara grad in Bakersfield. "I am not sure if my husband is older than Chester (Troudy), he is only 85! But he did graduate from UC Santa Barbara in 1948 and we have been married for 63 years." Ullman said her husband taught with the Kern High School District in the Kern Valley and later transferred to North High School. He eventually worked at the newly opened Highland High and became the applied arts chairman. She added: "When John graduated from Santa Barbara, Will Turney and Don Lucas graduated at the same time with degrees in industrial education... they both returned to Bakersfield." 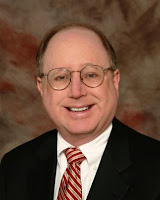 * .. TWICE GAUCHOS: I ran into local attorney Harley Pinson the other day and he reminded me that both he and his wife Cynthia graduated from UC Santa Barbara. In fact, they are Gauchos twice over, having graduated from El Cerrito High School in the Bay Area where the mascot is the Gauchos. The couple has been married for over 36 years. Harley helped start the UCSB alumni chapter in Kern County about a decade ago and served on the board of the UCSB Alumni Association for seven years. Their son Adam (Stockdale High) is also a UCSB alum while daughter Lisa (also Stockdale High) graduated from Azusa Pacific University. Both kids now live in Bakersfield. Harley is now a partner with the local law firm of Klein, DeNatale, Goldner, Cooper and Kimball after spending 30 years as a legal counsel for Occidental Petroleum.

* ... MACNEIL RETURNS: Old friend Laura Wolfe shot me an email to tell me that Shafter's native son Robert MacNeil will return to Kern County for a performance with the Bakersfield Symphony/Masterworks Chorale on March 13, to be followed by a benefit concert in Shafter the next day. MacNeil graduated from Shafter High School in 1987, and will perform a benefit concert for the Class of 2010 on March 14 at 3 p.m. in the Shafter Mennonite Bretheren Church. MacNeil is a graduate of Chapman University and USC, where he was a student of the Thornton School of Music. He is an accomplished soloist, having sung with the Mormon Tabernacle Choir and performed solos at Carnegie Hall. For more information, email his sister Alanna Henry at alannahenry82@yahoo.com

* ... BAKERSFIELDISMS: You know you're  from Bakersfield when "You know where  all the haunted houses are when Halloween rolls around" and "You have offered someone a Dewar's chew."
Posted by Richard Beene at 9:31 AM

What is the full nature of your connection with San Joaquin Bank? Were you an investor in the bank? How do we know the Californian provided unbiased coverage of the bank, given your strong interest in it?

Who am I, chairman Toyoda before a congressional committee? But to answer you: I personally know almost all the directors of SJ bank, as I do almost every bank in town, and Bart Hill (former SJ bank president) serves on this company's board. But our coverage stands the test of any scrutiny, and it won't stop me from mourning the loss of so many community banks that gave so much to so many community groups over the years but got caught up in risky loans and a crippling recession.

San Joaquin was a great community partner as anyone working for a non profit will tell you. I think it's terrible they are gone and I hope the new bank will continue to support the community. So what if Mr. Beene was an investor? That just means he lost money.