* ... FORECLOSURES: There is no more representative face of this recession than the abandoned house down the street. You know the one: weeds knee high, dirty, an eyesore in an otherwise wonderful neighborhood. One reader named Bob lives in Seven Oaks and wrote to complain about how many homeowner associations (HOA) turn a blind eye toward these foreclosures while nitpicking other residents about the silliest of things. Said Bob: "Many of these HOAs (in gated communities) are administered by firms that don't seem to care about anything other than collecting monthly fees and making sure the electronic entry gate functions properly. I am tempted to post a sign in front of these overgrown front yards 'get a goat' or 'pride of ownership.' To add insult, responsible neighbors get pimped (with a mailed notice, picture inset and threatening fines) for having weeds in our yards or inappropriately parking our cars!" (an example from Grand Islands at Seven Oaks shown below) 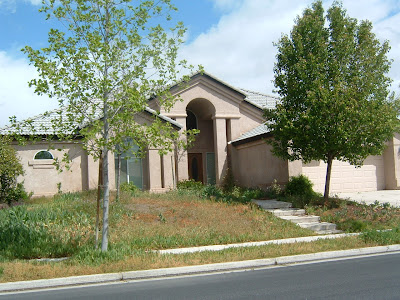 * ... STAR IS BORN: If you have never heard of a young country singer named Lauren Ashley, you will soon. Her father, Chris Persel, sent me a note saying that Lauren will be playing this Friday from 5:30 p.m. to 7:30 p.m., at the Younger Gallery in the Bank of America building downtown. She's just 15 but plays all original country songs. And she will have an album out soon produced by Monty Byrum and Paul Serpa. Chris told me his daughter has written over 100 songs, sang the National Anthem for a Condors game and the Youth Leadership Conference and performed four nights at the Kern County Fair. To hear her music check out her website at www.laurenashleyofficial.com. Or even better, head over to the Younger Gallery to hear her perform in person. Her appearance will benefit the gallery and the Arts Council of Kern. This kid is going places. 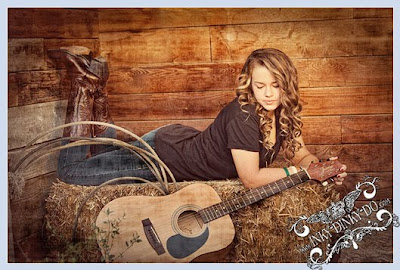 * ... HIGH ACHIEVER: Ready for some good news? Then consider the case of Joe Feghali , who was just 11 years old when his family moved here from Lebanon. At the time he spoke only French, no English. Like many immigrants (and Lebanese are known for their industrious nature) the Feghalis embraced their new hometown and emphasized education. Joe is now a senior at Stockdale High School, and during one of the most competitive years for getting into the school of your choice, has been accepted at arguably some of the world's most selective universities. Among them are Harvard, Princeton, UC Berkeley, Brown, Duke, Cornell, Dartmouth and UCLA. Impressed? We should be. Proud father Antoine Feghali told me that he himself had just earned his citizenship last year and his wife just earned her bachelor's degree in modern language from CSUB. Who says this isn't the land of opportunity?

* ... STANFORD LEGACY: And speaking of high achievers I heard from Liz Blaine, a longtime Bakersfield patron of  the arts, adding some perspective about her Stanford-bound granddaughter Melissa Hamilton. I had mentioned that Melissa's parents, Dr. Chris and Susan Hamilton, also graduated from Stanford but Liz takes it a step further. "She (Melissa) follows two sets of grand parents, six aunts and uncles and a cousin" as current or potential Stanford alums. She added that Melissa had choices as well, being accepted at Northwestern, Notre Dame and the University of Michigan. As Liz said: "Guess that's enough grandparental crowing. Thanks for indulging me." Happy to share it, Liz.

* ... BAKERSFIELDISMS:  You know you're from Bakersfield when you realize that "Rosedale is a world of its own."

With all due respect, there is a more representative face. It's the face of the person at the unemployment office, trying to figure out confusing and contradictory paperwork, trying to get hold of someone who can answer simple questions, and hoping that a paperwork snafu or a single Senator won't result in the loss of benefits that will force him out of his home and make him wonder how he'll eat.

From her cousin Nadine