* ...ONE FINE DAY: Our city was at its best last week when Stage 5 of the Tour of California bike race ended with an impressive sprint in front of Bakersfield College. Beautiful day, great crowd, hundreds of volunteers and a thousands cheering a terrific sports spectacle. The scene reminded me of the old Bakersfield Business Conference events out at Cal State where folks saw old friends, enjoyed the food and made new connections. It certainly has the potential to become one of those iconic Bakersfield events like the business conference, the Cal State Jazz Festival and barbeque or even the Thanksgiving Day pie run at Hart Park. Hats off to so many volunteers who made it happen. Sam Ames over at Action Sports was in charge of the Local Organizing Committee hospitality tent, a huge hit, and store owner Kerry Ryan worked tirelessly with tour officials to get the stage to end up on the Panorama Bluffs. Local lawyer Jay Rosenlieb and Don Cohen, head of the Convention and Visitors Bureau, worked for months as did Earl Norcross of the Kern Wheelmen bike club. Those are just a few of the hundreds who made this happen. Let's hope we get it back next year.

* ... OVERHEARD: The wife of a prominent local businessman, without credentials to enter the VIP tent at the bike race but who managed to talk her way into it anyway, was heard complaining loudly and angrily that she couldn't get a good view of the race because other folks were standing in front of her. Never mind that everyone else in the tent was there because they were either volunteers or had written substantial checks to help sponsor the bike race.  She threw a fit anyway. Bad form. 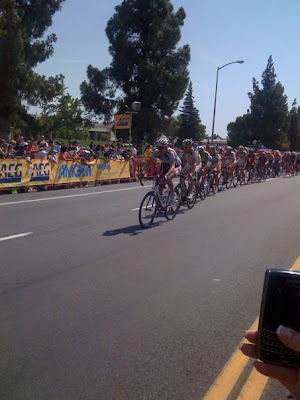 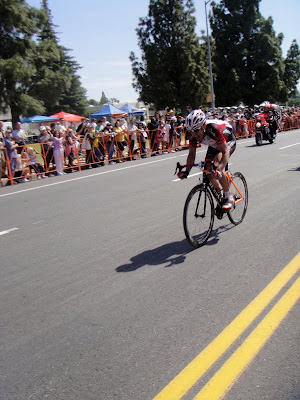 * ... ONE COMES HOME: Reader Maripat Ermigarat wrote to tell me about Curtis Cornelson, another in a long line of successful local kids who have returned to Bakersfield. Curtis played football at Centennial High School, went to Bakersfield College for two years and transferred to Colorado State on a football scholarship, graduating last year. He returned to Bakersfield and is pursuing his Master's Degree in History to teach at the high school level. "What's cool about this kid is that he is now the JV football coach at Centennial High School, working with his former coach, Bryan Nixon.  I think it's pretty neat!  Football just started at all the high schools once again, so he's back on familiar turf, being very comfortable back at CHS.  His parents are Chad  and Joan Cornelson and Curtis is still with his high school girlfriend of 7 years, Emily Ermigarat.  I am Emily's Mom." Thanks for sharing.

* ...  DRAKE GRAD: Nice to hear from the parents of Frances Lopez, a Garces High graduate who went on to Drake University in Des Moines, Iowa, to study pharmacy. (Frances was a pal of my daughter Lauren at Garces). Turns out she recently graduated with a Doctorate in Pharmacy and is returning to Bakersfield to start her professional career. Said her mother: "It's been a long traveled road for her ... the holiday visits, the summer returns, the cold snowy  winters in Iowa, the school load, new and old friends, the late night calls to mom, the calls to daddy for money and many more." Nice to see the kids turning out so well.

* ... BOLTHOUSE CARROTS: When you live in the heart of carrot country brands like Bolthouse and Grimmway are household names and reasons for local pride. Which is why I enjoyed the following email from reader Jackie Bushby:  "Hi, I received an e-mail from a cousin who was visiting England. They bought a bag of carrots to snack on and they got a surprise. The carrots were from Bolthouse Farms in Bakersfield...!!!!! They visit here often and thought it odd that the carrots came from so far away. I enjoy your blog." Thanks for writing Jackie.

* ... EAST BAKERSFIELDISM: You know you're from East Bakersfield when "you remember McCarthy's yogurt and Kevin who served you there."

Posted by Richard Beene at 9:12 AM

I enjoy the "overheard" segment of your blogs. lol I just do.