* ... A BAKERSFIELD SPRING: It's hard to beat the spring weather we've had this year. Cool mornings, wonderful evenings, folks sitting outside on their porches or in their lawn chairs, the parks and bike path filled to capacity, runners out early, water in the river. Everyone is talking about it and why not? But you know summer is around the corner. The surest sign hot weather is coming? My cycling group passed four snakes on the road to Woody this weekend. When the rattlers take to the roads for warmth, you can bet the heat is on its way. (photo courtesy of Don Martin, taken during his Sunday run along the river) 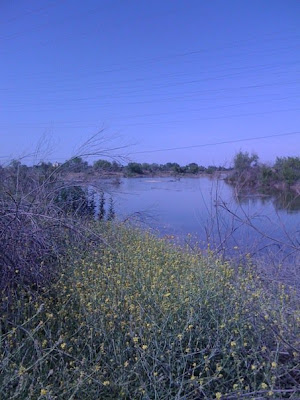 * ... BAKO BOUND: The job market is tough all over, but Kern County's robust oil and energy sector is a bright spot for all those young engineering graduates. One of them is Roshani Patel, a Bakersfield native who is receiving her bachelor's degree in civil engineering from Cal Poly San Luis Obispo. She is returning home to work for Aera Energy. Patel's father encouraged her to pursue a degree in science or math, but after taking an introductory class in engineering at Bakersfield College, she was hooked. Thousands of graduates around the country are looking for jobs, but STEM (science, technology, engineering and mathematics) graduates find lots of opportunity in Kern County's high tech energy field.


* ... SAN JOSE STATE: Touched base with old friend Mike Stepanovich the other day and he shared the story of how wife Carol ended up at San Jose State. "After graduating from East Bakersfield High School, she attended Bakersfield College for two years where she earned an associate of arts  degree, and planned to transfer to Fresno State. In fact she had been accepted to Fresno State – already had her dorm reservation there  – when her late father, Roy Christensen, who at the time was chief salesman for Golden Bear Refinery, said, 'That’s great! I can pick up your laundry for you on Fridays, have mom do it for you over the weekend, and bring it back to you on Mondays.' Thinking quickly, because she had been looking forward to going away to school and away from the constant gaze of her father, Carol asked, 'How often do you get to San Jose?' Her dad said, 'Oh, I never get to San Jose, that’s not my territory.' We always wondered if he ever made the connection between that revelation and her sudden enrollment at San Jose State. She graduated two years later from SJSU with a double major in speech pathology and elementary education, and returned to Bakersfield where she taught for 34 years. She also earned a master’s degree from CSUB." Mike is executive director of the Bakersfield College Foundation and Carol is now retired.

* ... NEW PAINT: Drove by the old Kern County Museum Chester Avenue and was pleasantly surprised to see it finally received a much needed makeover. It's amazing what a fresh coat of paint and some landscaping will do. The place is looking sharp. If you haven't visited for a while, you should drop by. 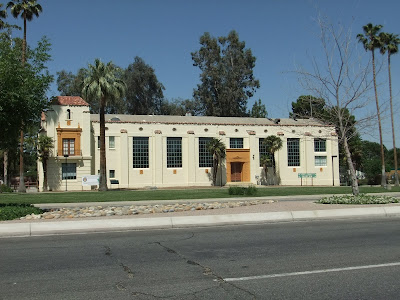 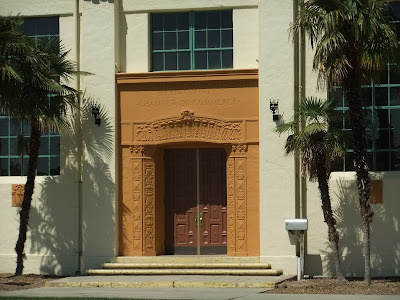 * ... BAKERSFIELDISM: From reader Christina Blaine: you know you're from Bakersfield when "you run into all your friends, family and acquaintances at Trader Joe's."
Posted by Richard Beene at 11:18 AM

Added: and you really feel at home when the Chamber of Commerce director, Ginger Oakes, tells you that if anyone is not nice to you, tell her and she will slap them up the side of the head

That's one of the reasons I chose San Jose State over Fresno State. My father, uncle, aunt and several friends enrolled at Fresno, prompting me to try something different.