No housing recovery until 2012? And a list of reasons to love where you live ...

* ... 2012 EVENT? It was sobering to read a story in the Wall Street Journal talking about the long slump in the housing market. Ethan Harris, a Bank of America Merrill Lynch economist, said the story on housing "isn't that it's going to collapse, it's just that it's not going to recover. We're not going to see a real recovery in the housing market until the foreclosure process gets worked out. That's ... a 2012 event."  So hold on for another couple years of tough times in housing.


* ... ABOUT TOWN: Mother Nature spotted us another weekend of wonderful weather, which has become the talk of the town. The common refrain: Can you believe it's mid June and we have weather like this? I took advantage of it by eating alfresco at Uricchio's Trattoria, one of my favorite downtown eateries. Owner Claire Uricchio told me business has been brisk. In fact, the entire downtown bar and restaurant scene seemed to have a good weekend. 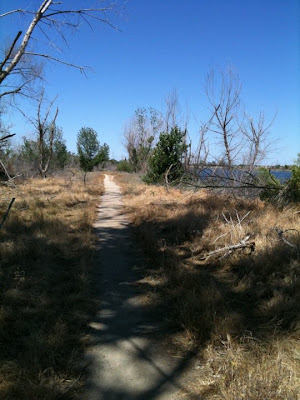 * ... LOVING BAKO: Civic booster Sheryl Barbich submitted her own list of reasons why we should all love Bakersfield. Among them: it has an attainable, quality lifestyle where money goes further, and there is year-round sun and an abundance of outdoor recreational activities. It also possesses an "open, generous spirit" and its proximity to the mountains, coast and both Los Angeles and San Francisco makes it an ideal location. And lastly, there is the "unique, quirky sophistication," a big city with small town charm. That's a pretty good list. What's on your list?

* ... PRODIGAL SON: Had a chance the other night to meet Scott Christian, a proud graduate of Arvin High School (1984) and Cal State Bakersfield (1989) who is now vice president of finance for Nexa Technologies in Irvine. Christian's classmate at Arvin High was Don Martin, owner of downtown's Metro Galleries, and they spent the evening recalling former Arvin High principal Jack Schulze, who served from 1967 until his death in 1997. "We were lucky to be there when he was principal," said Martin. "He didn't put up with any nonsense and we got a great education there."

* ... DATEBOOK: From the quarterly bulletin of the Kern County Historical Society: It was 70 years ago that three school districts - Old River, Ordena and Paloma - came together to create the Lakeside Union School District. The first superintendent was Alfred Glanz and the first elected board included George Hill, Laz Simoni, Raymond Copus, Grover Fugitt and Baptiste Suburu.

* ... STREET SCENE: Wild-eyed young man with shaved head, shirtless of course, hanging out of a blue pickup in front of the 24th Street Cafe haranguing the driver of a small black Toyota, screaming road rage obscenities over some perceived slight. Time to put the shirt back on and find a good therapist.

* ... BAKERSFIELDISM: From reader Terry Willey: "You know you're from Bakersfield if you sometimes forget the sky comes in colors others than gray or brown."
Posted by Richard Beene at 10:51 AM