* .. KERN GRAPES: Was out the other evening and ran into Beth Brookhart Pandol, who was escorting a delightful group of visitors from the United Kingdom who were in town to tour our local grape fields. They were here to see the vineyards of Pandol Brothers, one of our area's larger grape growers. Turns out these folks have done business with the Pandols for years, primarily importing red seedless table grapes. Two of the visitors - Lisa Buckley-Hoyle and Anna Goodall - work for Tesco, which owns the Fresh and Easy chain of grocery outlets. The other two, Alan Guindi and Karen Cleave, work for Richard Hochfeld Ltd., a British fruit importer, broker and technical service company that deals extensively in grapes. Guindi and Cleave had visited Bakersfield numerous times but this time were staying at the newly renovated Padre Hotel, which Cleave called "a breath of fresh air."

* ... THE BUZZ: With all  the cutbacks and challenges over at Cal State Bakersfield, is this the best time to have your bathroom remodeled? Apparently that's what is happening at the University Advancement office where the public restroom is undergoing a face lift. And it has some folks over at the Southwest Bakersfield campus chattering, first because money is tight and second the office is run by Beverly Byl, the chief fund raiser who is not wildly popular among her peers. (read a previous post here) If you remember, Byl was brought in by President Horace Mitchell to replace the retiring Mike Chertok but she has struggled to build a constituency either inside the campus or among longtime CSUB supporters. Rob Meszaros, the school's communications director, said the bathroom project was part of scheduled campus deferred maintenance and he dismissed the notion that "our office is getting preferential treatment. Our building was one of the last, if not the last, building to have work done." But that didn't stop the tongues from wagging and triggering a new round of talk at the campus about Byl and the perception that she has favored status with President Mitchell. 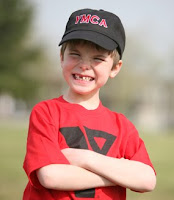 * ... TROUBLE AT THE YMCA: Among the victims of this long recession are our local non-profits, who do so much good in our community. And now I hear that the local YMCA is having a particularly hard time because of a steep drop in donations. Said board member Dave Wilkerson: "YMCA's are the number one child care providers in the country and the biggest employer of teens. What a shame it would be if we were not able to continue to serve the kids of our community through our child care and sports programs. No child is turned away due to an inability to pay and we are most proud of that! How many of us in this community grew up at the Y?" If you want to help, call the local YMCA at 661-837-YMCA (9622). This is one non-profit worth supporting.

* ... OLD BAKO: It was nice to hear from Lucille Bell, who at 91 has been reading The Californian for 65 years. She had her own remembrances of Bakersfield, specifically when "there were no shopping malls. We shopped 'downtown' but there was a small area on Niles Street called The Hillcrest Shopping Center. Was listed on maps as such. (It's still there)." Thanks for reading Lucille.

* ... BAKERSFIELDISM: From reader Dan Giordano: You know you're from Bakersfield if "you remember Don Rodawald's TV show and his parting shot, 'See you tomorrow at three when it's just you and me.'"
Posted by Richard Beene at 2:37 PM