* ... HAPPY JACK'S: Had breakfast the other day with Jack McGee, a skeet shooting pal and owner of Bakersfield Optical over on 19th Street. We ended up at Happy Jack's Pie 'n Burger on 20th Street downtown, a small homey place that has been in business for 35 years and this week returned to serving breakfast. Thanks to owners Frances and Ruben Rosales, this is one of those Bakersfield treasures where the food is consistently outstanding and you are always welcomed with a warm smile. Frances and Ruben raised four high achieving children and over the years each has worked at Happy Jack's to help work their way through college. Happy Jack's is among a long list of locally owned eateries (Sequoia Sandwich Co., Uricchio's Trattoria, Casa Munoz and Cafe Med are on my short list) that embrace their customers and always leave them smiling. 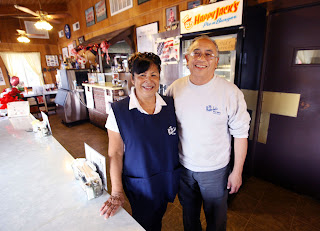 * ... SICK BAY: Swapped a few emails with an ailing Ralph Bailey, the loquacious and rapier witted host of the daily "The Ralph Bailey Show" on KNZR 1560 talk radio. Ralph has been at Mercy Hospital since Sunday suffering from pneumonia, which he says is actually good news since he first feared he might be suffering from a heart attack. Ralph told me his doctors are checking to see if Valley Fever is involved. The good news: he's feeling better but is expected to be holed up in the hospital all week. Get well, Ralph. 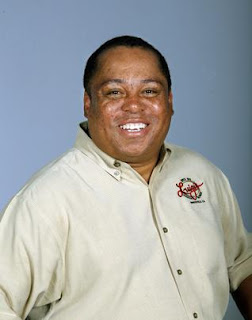 * ... MISS TEEN CAL: Nice to hear that Liberty High School senior Mackenzie Carter has been crowned Miss Teen California International 2011. She won the honor last month at the Downey Civic Theatre and it certainly seems well deserving. She's an All Area volleyball player, Ford Dimension Dream Builder and an accomplished pianist. It seems appropriate that Mackenzie's focus will be working with the American Cancer Society during her year as Miss Teen California International. Her grandmother, Lenore Carter, lost her battle with cancer in November 2009. Lenore was the wife of Warren Carter of Watson Realty and the mother of Ken Carter, Watson's president. Mackenzie's parents are Doug (Ken's brother) and Dena Carter. Mackenzie will be playing Divison 1 volleyball at the University of Delaware next year. Hats off to this high achieving kid. 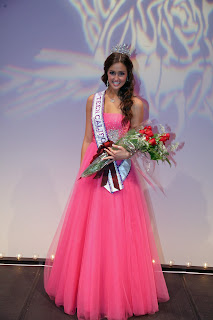 ... LINKS FOR LIFE: October is National Breast Cancer Awareness Month and pretty soon our town will be wrapped in pink. Last Friday, on October 1, teams from businesses across town walked in the midday heat to the Liberty Bell to honor those who have suffered from cancer. This is one effort worth recognizing. There are so few of us who haven't been touched by cancer in some way.

* ... CELL PHONE: An alert reader was driving on Allen Road, southbound at Stockdale Highway, last week when he found himself behind a government owned (exempt plate) black Buick Enclave that was being driven by a female who was talking busily on her cell phone.  "I thought how special she must be, driving a car that we (taxpayers) provide, ignoring the law with apparent impunity.  The California Exempt plate is 1351476. She was still on the phone two minutes later when she passed Ming Avenue, still headed south on Allen Road. By the way…is that Armor-All on those tires? Nice!" 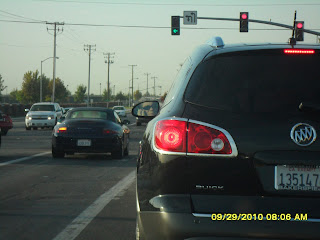 * ... MEA CULPA: Local businessman Brian Kiser's name was misspelled in this column on Monday (spelled Miser instead of Kiser), thanks to a Google Android phone spell check function that didn't recognize Kiser as a legitimate word. I should have caught it in an email to my editor. My bad, BK.

* ... BAKERSFIELDISM: From reader John Strand: You know you're a Bakersfield old-timer if you remember "driving from Enos Lane to Pierce Road  (now Buck Owens Boulevard) on Rosedale Highway without encountering a single stop sign."
Posted by Richard Beene at 10:31 AM