* ... LUIGI'S: One of the great things about living in Bakersfield is the abundance of quality, family-owned restaurants in town. On Saturday, I dined at Woolgrower's to help celebrate the 40th birthday of friend Brian Kiser, husband of Tracy Walker Kiser, owner of H. Walker's Men's Clothing. And on Sunday, I was among some 4,000 to 5,000 people who showed up at Luigi's Delicatessen on 19th Street to celebrate its 100th anniversary. There were bands, terrific food and more people watching than one could hope for. And I also got to see the new patio bar and restrooms that Luigi's built to serve its thriving business. 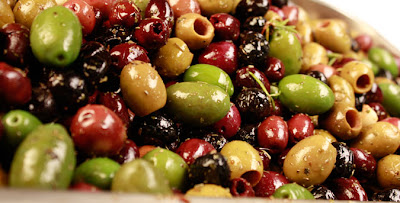 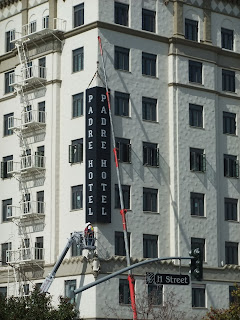 * ...OVERHEARD: A young woman at the Luigi's 100th anniversary party on Sunday: "I've been sitting here for just a few minutes and have already spotted two guys I know who are here and not wearing their wedding bands Alone!"

* ... DIAPER ALERT:  Chris Lowe, manager of the WestAmerica bank branch on Truxtun Avenue downtown, reports finding three soiled diapers in the walk-up ATM trash container. Apparently the small trash receptacle, made for discarding deposit slips, had been broken so someone would depose of their diapers. At least someone is trying.
* ... TAFT COLLEGE: There seems to be a lot of new energy out at Taft College these days. If you want to plug into what's happening out there, you might consider the "First Annual Cougar Rib-Eye Cookout" sponsored by the Taft College Foundation. It's set for Thursday, October 14, from 5 p.m. to 8 p.m. on the college quad. There will be live music and a "special salute to our veterans. Tickets are $20 ($10 for students). Call 661-763-7700 for more information.

* ... BAKERSFIELDISM: From Al Gutierrez: You know you're a Bakersfield old-timer if "you used the huge Dutch oven at Mother's Bakery on Baker Street to heat your lamb on Greek holidays."
Posted by Richard Beene at 2:18 PM