* ... YOUNG GUNS: Rep. Kevin McCarthy has received some more positive press, this time a front page analysis in the Wall Street Journal focusing on the group of moderate Republicans who likely will be in control of the House after the election. McCarthy was singled out for recruiting a class of candidates across the country who have political experience and will be open to compromise to push through important legislation. Said the Journal: "Among the ideas is to bring a series of bills to the floor, as often as once a week, designed to cut spending in some way. Longer term, GOP leaders say they recognize they may have to compromise with Democrats in tackling broader problems." (photo courtesy of the Wall Street Journal) 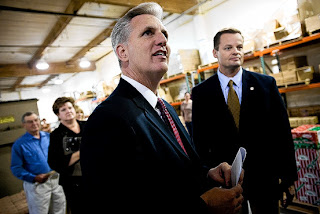 * ... THE BUZZ: Lots of chatter in local hair salons over the safety of a hot new hair straightening product. Some reports say the product, called the Brazilian Blowout, contains dangerous levels of formaldehyde, a chemical the National Cancer Institute calls a cancer-causing substance. Apparently when it's exposed to heat from hair dryers,  it emits a nasty smell that causes sore throats and eye irritation. Some stylists worry that other customers not undergoing the procedure may become sick by inhaling the fumes if the salon is not properly ventilated.  An NPR report said the product's maker maintains it is perfectly safe, but the state of Oregon is warning salon workers to use it with caution. And in Canada, NPR said it has been pulled from the shelves. KBAK TV reported earlier that the treatment can cost up to $250 per session and that Cal OSHA has received complaints about the product. 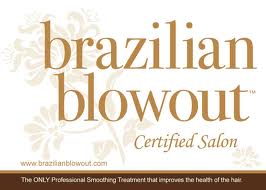 * ... MORE VIBE'S: And there is this from reader John Croson: "I had the pleasure of working for Roy Vibe when I was in high school. He had the best product in Bakersfield by far and was the greatest boss a kid could work with. He even bought my black figs from my back yard and sold them at the store."

* ... OVERHEARD: Two women talking at Oildorado Days celebration in Taft. "Girl, How are you?" Other woman responds, " I am great! I got new teeth!"  With that, she pulled them out and proudly showed off her new dentures.

* ... SPOTTED: Middle-aged man gives a hot cup of coffee to a homeless, obviously unstable woman at the Chevron station at the corner of 23rd and L streets in a random act of kindness.

* ... BAKERSFIELDISM: You know you're from Bakersfield "if your gift packages to your children away at college include Dewar's Chews."
Posted by Richard Beene at 11:36 AM

My stylist told me not to worry about ALL THE SMOKE and smell when she did the process on my hair - never again...thank you