* ... SHOOTING: The shooting death of 18-year-old Bianca Jackson on the campus of Cal State Bakersfield is tragic beyond words, and it certainly raises a lot of questions about how, and why, it happened. Bianca was not a student at CSUB and neither are the two suspects in the shooting. And why was there a late night party at the campus anyway? One answer is that - unlike the larger public universities - CSUB is largely a commuter school. There are only a handful of dormitories and the area surrounding the campus - Seven Oaks, Haggin Oaks, Stockdale Estates - are not conducive to student rentals. In addition, there are no fraternity or sorority houses so parties like the Young Black Stars end up on campus, which at least to me is odd. One thing is for sure: if CSUB is going to continue to allow late night partying on campus, it better beef up its security. 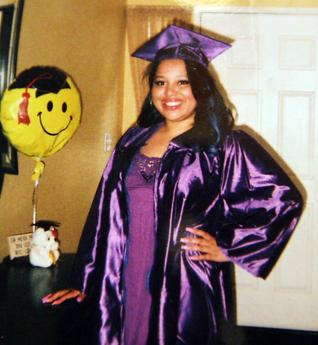 * ... FAREWELL: Stopped by the home of Wendy Wayne and Gene Tackett the other day to say goodbye to Jan Bans, the ATT marketing specialist who is being transferred to Oregon for a six-month stint. She'll be living in Portland and dealing with statewide issues and spending a lot of time in Salem. Among the big crowd to wish her well were Beth Pandol of the Bakersfield Museum of Art, City Councilwoman and Memorial Hospital's Sue Benham, Les Clark of the Independent Petroleum Association, Don Martin of the Metro Galleries, Jeff Green of Grimmway Farms,  Superior Court Judge Lorna Brumfield and attorney husband Bob, Sheri Horn Bunk of the Taft College Foundation, Donna Hylton of the Kern Adult Literacy Council, Diego Wilkinson of KBAK TV,  Lois Henry of The Californian, local arborist Dana Karcher and Robin Noble, owner of The Noble Plan home delivered meal business.

* ... SPOOK: It's amazing how quickly our weather turns from early to late October. Local attorney George Martin, famous for the Bakersfield Business Conference, must have consulted the Farmer's Almanac by always hosting the conference in early October, taking advantage of the wonderful fall weather. Folks at the Kern Wheelmen bicycle club should take a hint from George. The Wheelmen held its annual Spooktacular bicycle ride this weekend and once again the riders were met with freezing rain and horrible conditions while riding over Breckenridge Mountain and Lion's Trail. At least three riders tumbled on the descent but luckily were only scraped up. This is a wonderful event but it perplexes me why they don't just host it a few weeks earlier in October.


* ... JOBLESS: Our once Golden State comes out a bit tarnished in the latest unemployment figures. California now has the third highest jobless rate among all states, following only Nevada and Michigan. We come in at 12.4 percent while locally here in Kern County, we're hovering around 15 percent. The lowest jobless rate in the country is in North Dakota at 3.7 percent.

* ... NEW OFFICE: Local attorney Robert Brumfield III is leaving the firm of Kronick, Moskovitz, Tiedemann and Girard to strike out on his own. His new offices will be located at 1601 F Street. Brumfield, who is married to Superior Court Judge Lorna Brumfield, specializes in business law and is a long-time litigator. A native of New Orleans, he grew up in Roanoke, VA., earned his B.A. degree from Cal Poly San Luis Obispo and his law degree from the University of the Pacific, McGeorge School of Law.

* ... SPOTTED: Posted on the door of Coconut Joe's restaurant: "Conveniently located in the once-thriving heart of Bakersfield."

* ... BAKERSFIELDISM: From Ken Barnes: "You know you're from Oildale if you remember where Mud Lake was."
Posted by Richard Beene at 12:15 PM

fantastic content! mostly time I found blog but I naver gain lots of information but this blog have lots of important information abt this and I got lots of imformation on it . Thanks