* ... COSTA POLL: Read with interest a new poll that has Rep. Jim Costa trailing Republican challenger Andy Vidak by a healthy 10 points. The poll was conducted by SurveyUSA for a Fresno ABC affiliate and reflects a sharp move to Vidak in the last several weeks. Costa challenged the poll and said it didn't reflect his strength in the valley, but in this election season, almost anything goes. Several farmers who have supported Costa in the past have contacted me to say they are now supporting Vidak, upset with Costa's support of what they see as extreme leftist Democratic policies and Speaker Nancy Pelosi. Costa's 20th Congressional District includes parts of Kern and Fresno counties and all of Kings County. 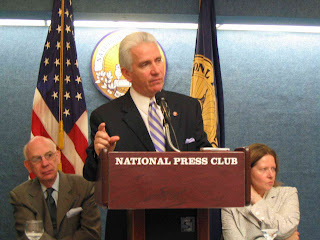 * ... CSUB: Cal State Bakersfield is doing the right thing in reviewing its security procedures following the shooting death of 18-year-old Bianca Jackson at a late-night party. But one hopes President Horace Mitchell and his team are able to look beyond the fact that the campus has been relatively safe over the years and get aggressive about dealing with security. Some have questioned whether there are enough campus security officers, but the real question is not the number of officers the school has on the payroll, but rather how and when they are deployed. If the university is going to allow parties of 100 more young people on its campus late at night (and let's not be surprised if alcohol is present), seems to me you need more than one sworn officer on duty in case things get out of hand. Either that, or face the inevitable lawsuit that always seems to accompany these tragedies.

* ... THE BUZZ: Looks like the retailer Home Goods may be coming to Bakersfield after all. The rumor has been all over town and now it appears they will open an outlet on Stockdale Highway, possibly in the old Long's Drug Store building, in 2011. At least that is what a manager of the Valencia outlet told a reader, who passed it along to me. Home Goods is owned by the parent company of TJ Maxx and Marshalls. 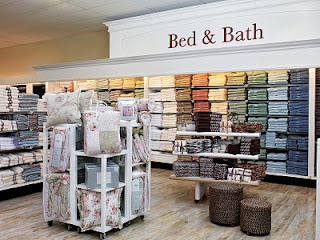 * ... ANOTHER AIRSTRIP: Reader Les Cofer wrote in with his own Bakersfieldism, recalling Joe Gottlieb's air strip at the northeast corner of Nord Road and Amy Avenue "and him taking off in his plane and landing behind his house to the dismay of his neighbors... Incidentally, the air strip is still there and still on aviation maps listed as an air strip."

* ... MOVING UP: Heard the other day that two long-time Bakersfield supporters and Rabobank executives are moving into new positions with the bank. Vice president Dana Fabbri is moving into human resource training and Michele McClure is moving to Napa to work in a bank recently acquired by Rabobank. Best of luck to these two.

* ... RED CROSS: Lots of positive energy at the local chapter of the Red Cross, which does so much good in our community. The Kern chapter held its "Tee for Charity" golf tournament at Seven Oaks Country Club recently and raised more than $18,000, not bad in the middle of the worst recession since the Great Depression. Red Cross CEO Holly Arnold singled out Dr. Vipul Dev, named a Red Cross Real Hero, and his wife Jodi who she said were "so instrumental since the inception of the event."

* ... BAKERSFIELDISM: From reader Linda L. Welch: "You know you're from Oildale if you remember the River Theater. Cost five cents to get in. Good old Roy and Gene every Saturday morning."
Posted by Richard Beene at 4:06 PM