* ... CSUB: Charlie Powell, a retired division manager for State Farm Insurance and one of the coordinators behind the company's move to Bakersfield, wrote with an interesting perspective on the recent shooting death of a teenager by suspected gang members at Cal State Bakersfield. "I enjoy your blog, especially when you cut to the chase on things like the shooting at CSUB. I suspect that many of the commuter universities in California (Los Angeles, Long Beach, Dominguez Hills, Fullerton) have much bigger security forces than CSUB. We're not a sleepy college town. (CSUB President) Horace Mitchell needs to address this with a sense of urgency. Items like this are not a boon to recruiting, or the community."

* ... GOP SWEEP: If the Republicans gain control of the House of Representatives as expected, California's GOP delegation will be well positioned in the halls of power. According to The Los Angeles Times, among those lined up for key positions is Rep. Kevin McCarthy (R-Bakersfield), who is expected to be appointed Whip. Others in line for leadership positions include Rep. Darrell Issa of Vista, to chair of the top investigative committee, Rep. David Dreier of San Dimas, head of the Rules Committee, and Rep. Jerry Lewis of Redlands, chairman of the Appropriations Committee. 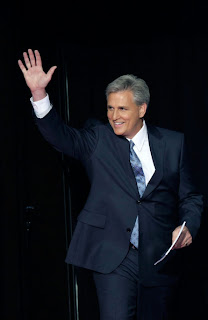 * ... COLBY: All eyes will be on North High graduate Colby Lewis when he gets the starting nod for the Texas Rangers against the San Francisco Giants in the World Series. Jennifer Rose-Kavanaugh, a former Bakersfield resident now living outside of Dallas with her husband Bryan, attended Game 6 of the Rangers-Yankees series and left me this note. "My husband and his brother both attended North High School with Colby and remain friends with him to this day. We attended Game 6 and witnessed first hand Colby's commanding performance. It actually brought tears to my eyes when 51,040 fans chanted "Colby, Colby, Colby!" 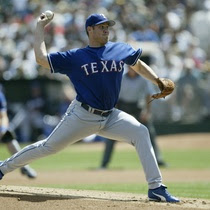 * ... TAFT COLLEGE: I am always impressed by the personal generosity of so many people in our community. Which is why it's worth noting a $200,000 gift the Taft College Foundation received from the Rowe Family Trust. Herbert John (Jack) Rowe and Evelyn (Beck) Rowe both went to high school and community college in Taft. Jack is now deceased but Evelyn is 95 years old. The gift will be used to upgrade the Taft High School soccer field which is used by both the college and the high school. Sheri Horn Bunk, director of the Taft College Foundation, said the gift "changed me as much as it might change the soccer field. Philanthropy does that. It gives me hope and I guess that is why I do what I do."

* ... SPORTSMAN: It was nice to see Gene Thome honored as "Sportsman of the Year" in Kern County. Thome is the engaging and popular owner of Bear Mountain Sports on Weedpatch Highway and has done a lot over the years to promote gun safety and the outdoor shooting sports. (He's also a gifted country singer and has a killer imitation of Merle Haggard) He was honored at a banquet Tuesday night at the Kern County Fairgrounds. Thome is active in the Kern Sports Foundation, the 4-H, the Kern County Gun Club, Friends of the NRA among other organizations. 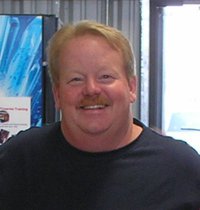 * ... BAKERSFIELDISM: You know you're a Bakersfield old-timer if you remember "the name of one of Bakersfield's first fast-food hamburger joint, where it was located and who owned it. (Warren's, at 4th and Chester, owned by Warren Yackey)"
Posted by Richard Beene at 11:21 AM

"I suspect that many of the commuter universities in California (Los Angeles, Long Beach, Dominguez Hills, Fullerton) have much bigger security forces than CSUB."

It literally took me 5 minutes to look up those numbers using each school's publicly posted Clary reports -- numbers that obviously show that CSUB's police force is inline with or better than the officer-per-student ratio of the other schools mentioned. So, the CEO of our town's only newspaper can't take 5 minutes out of his day to fact-check his own column?

Gene Thone is a great guy and it's great to see him recognized! And he is a great singer!