* ... UNION POWER: More reader feedback on my musings about how Meg Whitman and the unions that fought her could have better spent their money by donating to charities. From Roger Jones: "Yes the unions did spend money to get Brown, Boxer elected and defeat Whitman and Fiorina. If you want to be able to limit the money unions spend then it should work both ways. Stop corporate contributions to elect those that benefit corporations. We do not cry and we do not give away anything. So at least before you and others make such uneducated comments please contact these unions as to how those contributions were made." Thanks for your comments, Rog, but I never suggested limiting union contributions. Rather, I simply wondered aloud how much good could have come if the unions and Whitman had steered some of those millions toward charitable causes.

* ... GHOST STORY: Heard the other day about a short film that was filmed on location here in Bakersfield featuring a lot of local talent. It's called "Ghost" and it is portrayed as "a stunning portrait at the underground hardcore scene of Bakersfield." It was written and directed by Bakersfield native Caitlin Bond Murray, who attends the Art Institute of Los Angeles in Santa Monica. A graduate of Bakersfield High School, she is the daughter of local residents Patrick and Deanna Murray.  Some of the scenes were shot at Jerry's Pizza downtown. 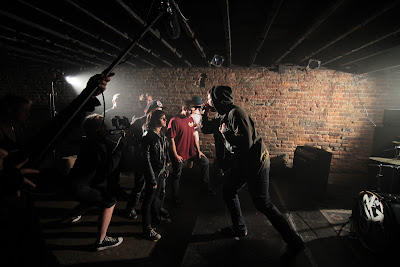 * ... DIVORCE: Did you see the story saying that four in 10 people now feel that the institution of marriage is becoming obsolete? Not sure what to make of it but the numbers speak for themselves: almost 30 percent of children under 18 now live with a parent or parents who are unwed or no longer married. I am personally astounded at the number of long-term marriages that are ending once couples become empty nesters, for a variety of reasons. I recall hearing one woman argue that every person should be married three times: once in our 20s and 30s, another time in our 40s and 50s and a third partner for the last final run to the end. Here's my take: Why not approach marriage like we do home mortgages? You could opt for a 15-year marriage, or 20 or 30 years if you're more confident. Then, if things are going swimmingly at the end of the term, you could always "refinance" and extend the marriage, but you are under no obligation to do so. And if the parents of your potential partner are a bit nutty, you might want to opt for the 5-year "variable term" marriage that will be reassessed just a few years down the road.

* ... LAURA WOLFE: Some good news for the local arts community. Laura Wolfe, who left Cal State Bakersfield as a fund raiser, is taking over the Arts Council of Kern as its executive director. Laura will become interim director in January for six months at which time the board will reassess the position. My bet is the board will hire her full time after that. Laura is deeply ingrained in this community and active on a number of boards. She replaces Jeanette Richardson. 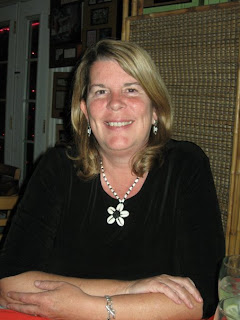 * ... PAPER BOYS: Dr. Wil Flickinger dropped me a note sharing his own memory of that terrible 1952 earthquake that caused so much destruction around town. In his words: "Other 'old timers' were at the Bakersfield Californian rolling papers for delivery while my brother and the paper boys had already taken to their street corners. When the brick Californian building that still stands as it was to this day, started to jump and shake, a bunch of the guys panicked and  ran for the open bay door. As they saw the curtain of brick dust pouring off the top of the building, they returned and joined me in ducking under the nearest stainless steel work bench they could find. As we had numerous smaller after shocks from the first big one in July, some of us kept our heads. As the magnitude of the 30-second quake subsided,  I was able to peer out through the big bay loading dock door as the quake settled, I saw the top of the Tegeler Hotel pour off like a waterfall into 19th street. What an indelible sight that was. That sight capped the second big quake and memories of the hundreds of aftershocks of 1952!

" I and some of my friends then meandered out to observe the damage. As I quickened my step down to 19th street I moved toward  K Street and to the Kress building where my brother's corner was located. There was debris in the streets. I went by Lerner's Dress Shop on the south side of the street between Chester and K and noted it being completely collapsed where I believe there was the one other fatality of that quake. My brother and the Kress building were okay, and unbelievably my mother, who had been at work in our family business, Flickinger's Farm and Garden store (also  in a brick reinforced building ), at 18th and O streets was already there. I  was assured they were okay and then returned to work. The Californian building itself was undamaged except for the little library and private office brick building at the north side.  Since we had pretty well finished our route preparation, numb as the experience left me,  I think I remember we took to the road to deliver our 2,400 papers to South Bakersfield, and Greenfield south past Schweitzer's corner that day, or did we?
* ... BAKERSFIELDISM: You know you're from Bakersfield if "you long for the minestrone soup at Woolgrower's once the weather turns colder."
Posted by Richard Beene at 2:32 PM

You forgot to metion the adjustable rate marriage (ARM), the first three years is bliss, followed by 30 years of hell. Or the interest only marriage, for those who want to marry, but still really like the idea of renting a spouse.