* ... GOOD NEWS? I'm always to encouraged to share any signs that the local economy may be improving. Don Martin, the owner of the boutique art gallery "Metro Galleries," located on 19th Street downtown, says things are looking up for his business. "The gallery is booked every weekend and most week nights in December," he told me. "I'm thinking it's a sign the local economy has improved somewhat for businesses. Most are doing smaller mixer style events rather than the larger sit down dinner types. I'm optimistic for 2011."

* ... BAKERSFIELD COLLEGE: Four people were inducted into the Herb Loken BC Alumni Hall of Fame over at Bakersfield College recently. Among the inductees was Jan Stuebbe, current BC athletic director and former quarterback at Shafter High and BC, where he only lost two games in two years and went onto star at Colorado State. Chris Hitchcock, a 35-year employee at BC and a major force in the Alumni Association and David Gay, local Realtor and developer, were also honored. Rounding out the group was George Culver, former North High, BC and major league pitcher. George has raised more than a million dollars for the BC baseball program to install a scoreboard, lights and a clubhouse that bears his name.An impressive group. 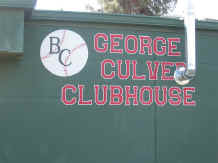 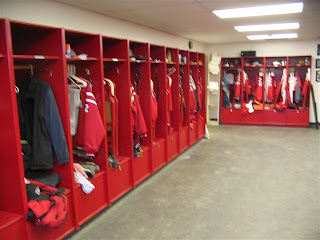 * ... EASTSIDE NEWS: Reader Judy Thomas lives in the Bakersfield Country Club area and contacted me after I wrote about a garage theft in her neighborhood. "My gardener has had two lawnmowers stolen right from the sidewalk (while he was in the back yard) ... Needless to say, his new one is locked up at all times, even if he is right there. He checked with neighbors and no one saw or heard anything." Add this to the reports that  Bakersfield police say burglars are targeting elderly homeowners in the Bakersfield College area, and it's time to stay alert.

* ... SAYING THANKS: Bow Porter dropped me an email about her work on renovating an older house she bought on the internet sight unseen. Porter had lived here for many years, moved away, settled in Hawaii in a 600-square-foot condo but returned to restore what she called a "lovely old home." Doesn't she know she's supposed to downsize, not upsize? Bow wanted to say thanks to ATT employee Jairo Pardo for doing such a good job in hooking up her phone, internet and cable service, but when she went to find a place to compliment the employee, she was met with blank stares. "Doesn't anyone recognize a job well done and take the time to let the company or owners know of the good workmanship of the employee? It seemed like each of the  people I talked to were surprised to know why I wanted an address. It takes only a few minutes and perhaps we would have better service if the technicians found a little praise for their efforts."

* ... KARPE: Last week I wrote about the frustration of a woman who was turned down by a major bank even after she offered to put $100,000 cash down on a $350,000 house. That prompted this response from Scott A. Berry, lending division manager over at Karpe Realt Estate. "I am an avid reader of your blog and I enjoy it very much. I just thought I would send you a friendly reminder for those people with large down payments Karpe Real Estate will make a loan on that property through our private money loan department. We have seen an increase in people requesting private money loans because the traditional credit markets are so restrictive. I thought this might help your reader."


* ... BAKERSFIELDISM: From contributor Riley Parker: You know you're a Bakersfield old timer if "you thought that a bag of ten cent burgers from Ken Ken's was going out to dinner."

Posted by Richard Beene at 5:38 AM