* ... JUST EMAIL ME: By all accounts Karen Goh, who went from director of a religious-based non-profit to an appointment to the Kern County Board of Supervisors, appears to be a good choice. I know Goh from the downtown Rotary club and can tell you she is both smart and articulate. But to most of the residents of the Fifth District, she's a virtual stranger. Which is why it's so puzzling that she consistently declines to speak in depth to reporters, choosing instead to communicate via sound bites or email, as in "just email me your questions and I'll send you a statement."  What keeps Goh so busy that she can't share her views with her constituents? Posting pictures to her Facebook profile? Playing Guitar Hero? I doubt it. Going silent is a rookie mistake for a public official, particularly a freshman like Goh whose views are unknown. It only leads to idle speculation, which in this case has her taking orders from local political power broker Mark Abernathy. I have no doubt Goh is qualified for the job, but I couldn't tell you where she stands on a single substantive issue. (She did tell KGET TV that she supports jobs, but gosh, who doesn't?) Eventually Goh will need to prove she is not anybody's puppet and can stand on her own. (photo by Felix Adamo) 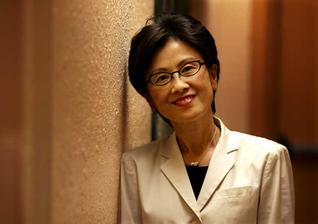 * ... THE DEVIL? The other newcomer to the Board of Supervisors is Zack Scrivner, whose past and positions - unlike Goh's - have been picked apart and dissected like a lab rat. Scrivner led the much-needed pension reform while on the Bakersfield City Council, incurring the wrath of the powerful police and fire unions. And they haven't forgotten him. On the California Professional Firefighters website, 2nd District, Scrivner is likened to "the devil" for daring to rein in pension costs. "The supervisor race that we  lost will have a greater impact then the two city council seats we won," said firefighter Derek Robinson. "The devil now sits on the Board of Supervisors and pension reform is coming, like it or not." Scrivner told me the remark was "unfortunate" and "inflammatory" and added this: "I think it's interesting and perhaps telling that he characterizes the election of Rudy Salas and Russell Johnson to the Council as wins for the unions, but goes on to say that my election trumps those victories. I guess time will tell." 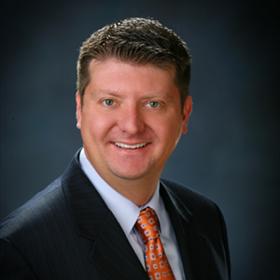 * ... BIG TIP: Remember that generous patron who tipped his server a sweet $5,000 last week at Cafe Med? Well now I learn that after leaving Cafe Med, he went to the Padre Hotel where he tipped a bartender $2,000. That's right. Seven thousand dollars in tips. Merry Christmas.


* ... THE BUZZ: Everyone is talking about the rain, which has made our bone dry community appear more like Seattle, albeit for a brief few days.  It's been non-stop for days and let's hope it fills the reservoirs and means we'll have water in the river again next summer. One thing is for certain: if you have a leaky roof, you know it by now.


* ... DUSTIN'S DINER: Folks over in Haggin Oaks are continuing the long tradition of Dustin's Diner, a hot cocoa and cookie stand that collects money for the homeless through the holidays. This all started years ago on St. Cloud Lane when Dustin Kilpatrick, son of Dave and Danielle Kilpatrick, started the stand with the help of neighborhood kids. It has since grown huge, regularly collecting more than $10,000 a year for the Bakersfield Homeless Center. So if you want to enjoy the Christmas lights and help the homeless, drop by the dinner now located at 2301 Haggin Oaks Boulevard. It runs through December 23.

* ... BAKERSFIELDISM: From reader Robert E. Holland: You know you're an East Bakersfield old timer if "your mom sent you to the Green Frog Market for an item and reminded you to pick up the new copies of Women's Day and Family Circle at the check stand that were given out at no charge."
Posted by Richard Beene at 3:40 PM