* ... FLOODING: With half our town flooded, don't you think we should be shutting off the sprinklers? Apparently not, at least over at Sing Lum School in Campus Park. According to reader Kevin Ammann, he was walking his dog near the school, in an area that had been closed due to flooding, and noticed the school sprinklers on full blast. "Heck, the city was still running two pumps trying to lower the sump at the park next to the school. And, I know it isn't just the school that is clueless. I've seen some houses with sprinklers running while it was raining. Heck, during the winter months, once a week can be too much." Well noted, Kevin. (photos by Henry Barrios) 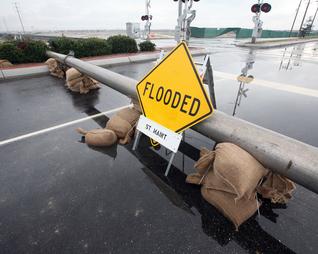 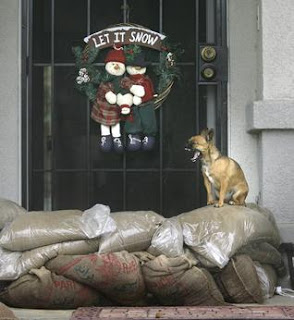 * ... WONDERFUL LIFE?: This is the time of year to catch up "It's a Wonderful Life," the inspirational Jimmy Stewart classic in which he portrays a small town banker in the fictitious town of Bedford Falls. So it was interesting to read a Reuters story noting that while Stewart's character (George Bailey) "remains emblematic of a benign banking system, most Americans probably don't realize he's the most endangered species in finance." Why? The news service noted that hundreds of community banks, including our own San Joaquin Bank, have failed or sold out in the last few years, "a consequence, unintended or otherwise, of government and regulatory decisions codifying the biggest banks as infallible." Some 300 banks will fail this year, and Reuters said another 860 banks remains on its "troubled bank" list. 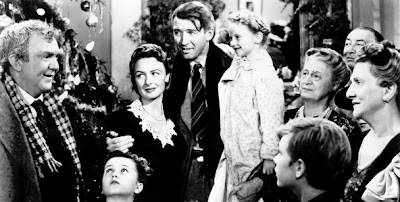 * ... GARCES POOL: The new competition swimming pool at Garces Memorial High School has now been filled with water and will officially open on January 7. The new facility has been named the Salvucci Aquatics Center and represents just the latest in a long line of capital improvements at the private Catholic school. Following the ribbon cutting, the pool will host the first swim practice of the year. The school has now set its sights on building eight tennis courts on campus.

* ... DID YOU KNOW? Jack Kerouac, the Beat Generation writer and poet who influenced a generation with his novel "On the Road," stayed in Bakersfield at the old Padre Hotel several times during his cross country jaunts? Bakersfield is mentioned in "On the Road" and the late Spartacus Miller, the Padre's owner, told folks that Kerouac stayed at the Padre for several days at a time. 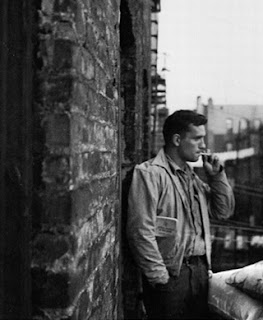 * ... LOCAL LAD: Sometimes you are just born with good genes. And that seems to be the case with Jeffery Mulock, who at 24 seems to be on the verge of becoming the next great male model. A 2004 graduate of Liberty High School, Mulock was enrolled in college in San Diego when he was discovered by a fashion scout drawn to his rugged All American good looks. He has since adorned the cover of the Turkish fashion magazine 'Cosmoman," appeared in a BLK Jeans brochure and modeled in Germany and Greece in addition to Turkey. His parents are Roberta Pearce and Ellery Mulock.

* ... BAKERSFIELDISM: You know  you're from  Bakersfield when "it's not unusual to see oil derricks adorned with Christmas lights."
Posted by Richard Beene at 11:49 AM

kerouac in bakersfield?? i bet lu carr was w/ him!