* ... RELAY FOR LIFE: It's too bad that Relay for Life has been forced to leave Cal State Bakersfield for a less desirable site in Southwest Bakersfield. This annual fund raiser to fight cancer is hugely successful, drawing thousands to the campus in a win-win for both the university and the fight for a cure. So what prompted the move? Rob Meszaros, director of public affairs over at CSUB, said the soccer fields used by Relay for Life have long been designated to house student residence halls. Until recently, he said it looked like the dorms would be open in the fall 2013 term but that has been pushed back a year. Either way, the school hopes to break ground about a year from now and open the new dormitories in the fall of 2014. When it does happen, the complex will consist of 500 beds in "semi suites" - two bedrooms connected to a bath. Each bedroom would have one, two or three students. Meanwhile, the Relay for Life event will be held April 30-May 1 at the Old River Sod facility at 11800 Old River Road. 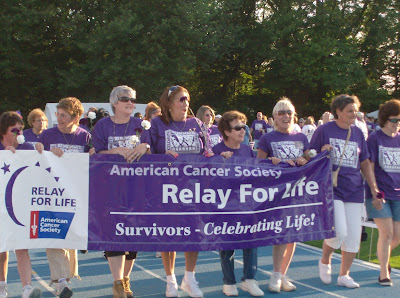 * ... RIP WALTER: We lost another member of the Greatest Generation the other day. Walter Truax passed away on February 2 at the age of 91. He served in the Army from 1941 to 1945 and spent most of his time in Germany, serving as a squad leader sergeant. He won both the Silver Star and Bronze Star. Two years ago, Rep. Kevin McCarthy (R-Bakersfield) presented Truax nine medals he earned during the war that he never thought to collect. Truax was married to his wife for 52 years until her death a few years ago. After the war he opened his own business, Truax Optical, in Bakersfield and was a member of the Bakersfield Lion's Club for more than 40 years.A funeral service is set for 1 p.m. Friday at Hillcrest Memorial Chapel and graveside services will follow. (Californian photo by Casey Christie) 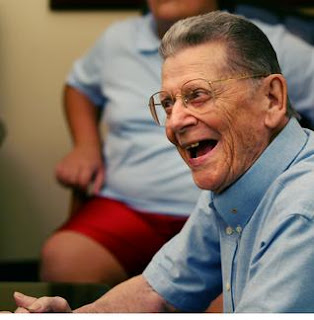 * ... BUDGET CUTS: California's budget mess will mean sacrifices all around, but it was particularly distressing to read about the cuts facing our university and state college systems. University of California President Mark Yudof said the UC campuses are prepared to accept another 30,000 to 40,000 students but can't because of the lack of finances. All this is bad news for our state and particularly areas like Kern County that already suffers from one of the lowest educational rates in the state.

* ... OVERHEARD: A local Realtor, thrilled with four, near full price offers on a downtown bungalow within days of it going on the market, expressing hope things may be finally turning around for our beleaguered housing market. Meanwhile, The Wall Street Journal is reporting that buyers around the U.S. are "snapping up homes in all cash deals, betting that prices are at or near bottom and breathing life into some of the nation's most battered housing markets." Last year, 42 percent of all deals in Phoenix were all cash, and in the Miami-Fort Lauderdale area, fully half of all sales were for cash. 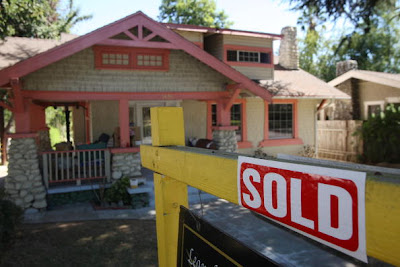 * ... BAKERSFIELDISM: Reader Maxine Baker remembers when a drive-in diner called Bloomfields was located at the corner of Niles and Baker streets. "My mom was a car-hop there. It has been many things since but is now a parking lot for BCSD. This had to be in the late 1930s or early 1940s."
Posted by Richard Beene at 10:50 AM