Special birthday wishes to a remarkable man and yet more remembrances of Jack and Elaine Lalanne.

* ... BIRTHDAY: Special birthday wishes go out to a man who doesn't know the meaning of slowing down. Check out this resume Louis Kerker, who will turn 100 on February 12th, was born in Peoria, Illinois, and ended up in Bakersfield in 1936 working for Superior Oil. During World War II he became a Seabee and was attached to the 1st Marine Division. He later returned to Superior Oil and worked another 37 years before retiring in 1976. He became a school crossing guard for 10 years and in 1990 organized a volunteer Citizen Service unit at the Kern County Sheriff's Department. The Bakersfield BPOE #266 is sponsoring a lunch for Louis at the Elk's Club at 11:30  a.m. on his birthday.

* ... JACK LALANNE: Everyone seems to have a story about the late and great fitness guru Jack Lalanne, but there are few like the one told to me by local resident Herb Loken. "Back in the 1940s," he said, "I was dating a pretty gal in Minneapolis. One day she boasted she had won an award for doing 10 men's pushups. Being a gymnast myself I had to make her prove her feat, which she did! To my surprise in later years Elaine became the wife of Jack Lalanne." 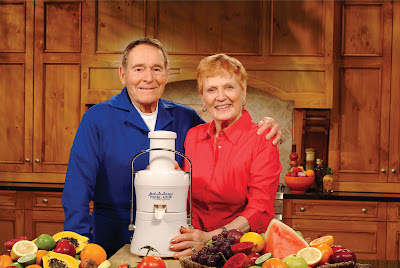 * ... FUND RAISER: The Bakersfield Police Activities League (BPAL) does an awful lot of good work with some of our community's underprivileged youth: tutoring, community service, boxing, soccer and other special programs. Of course all that takes money and organizers have now set a major fund raiser for Saturday, February 12, at the Kern County Gun Club. They are looking for major sponsors and teams to participate in a round of sporting clays. If interested, call Lili Marsh at (661) 324-6561 or Kristi Spitzer at (661) 378-7751.

* ... SPOTTED: Outside the downtown Starbucks on 24th Street a clean-shaven middle-aged man, wearing nice slacks and a tie, with a sign reading "Help an American." He was holding a plastic donation cup but didn't seem to be picking up much action.

* ... BAKERSFIELDISM: From reader Linda Welch: "You know you're from Oildale if you remember the brick building at the corner of Wilson and North Chester across from Standard School was the original Kern County Library."
Posted by Richard Beene at 3:22 PM